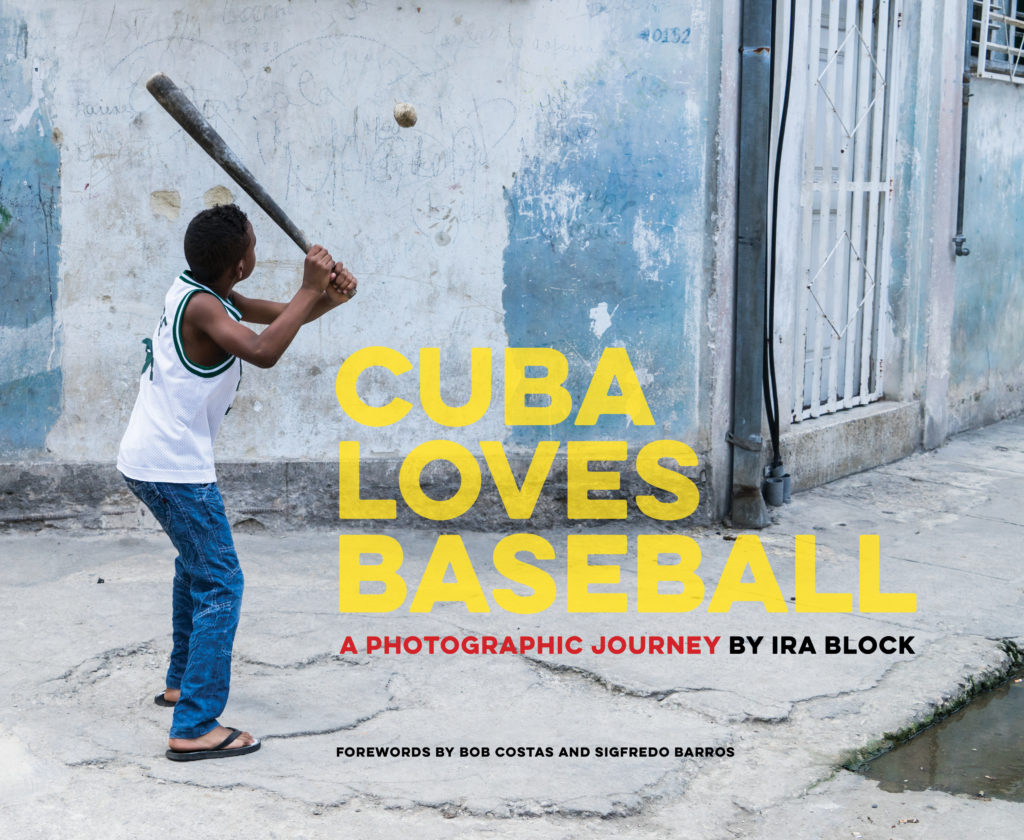 “Ira Block’s photographs remind me of playing baseball when I was a kid in Cuba. It brings back great memories.”

Ira Block, an ASMP member since 1981, is an internationally renowned documentary photographer, lecturer, and workshop leader who has produced more than thirty stories for the National Geographic Magazine and its affiliates.

Block began shooting stories in Cuba for the National Geographic Magazine in 1997. Over repeated trips to the island, he noticed gradual changes in the lives of the Cuban people. One constant however, was their love for the sport of baseball. By 2013, he realized that as Cuba’s relationship with the United States changed, baseball would become more of an organized business. It would resemble the baseball academies that dominate that other island of baseball, the Dominican Republic, where Major League Baseball has created a factory for developing young players.

Block’s own love for baseball inspired him to begin a personal project to document baseball in Cuba before the inevitable changes set in. His goal, as a documentary photographer was to cover the game on all levels: from grass roots to the professional leagues, from players to fans, from cities to rural areas. He began this project in 2013 and over the following two and a half years, Block and his assistant would drive into a town or village and ask, “where are they playing pelota?”. Block made repeated trips to the island at various times of the year to capture the integration of baseball into Cuban culture.

In Ira Block’s latest book, Cuba Loves Baseball: A Photographic Journey, Block documents Cuba’s over a century old love affair with baseball. It not only illustrates the sport from the participants perspective, but also from the fans, the communities, (both rural and urban) and all of the ancillary activities and businesses that baseball touches. You will not find a history of Cuba in this book. Nor will you see photos of the typical tourist spots or attractions. You will see images of a people celebrating a sport that has infused their character and lives for over 100 years.

“I have tried, through my photographs, to draw the viewer into Cuba’s baseball world,” states Block, “It is a visual statement of a peoples’ love for baseball in its purest form and the joy the sport brings into their lives.”

Block further describes the Cuban world of baseball in his work, “Like a curious voyeur who catches glimpses of lovers’ secret assignations, the viewer is introduced to the sport through children playing in the streets and rural pick-up games. Photographs of the oldest professional baseball stadium in the world and modern playing fields track the evolution of the sport. The professional players, as well as the amateurs, are cheered by their fans who bring their energy and enthusiasm to the playing fields. Baseball is integrated into Cuban culture. Whether in a shrine at a cathedral or a monument in a Havana cemetery, whether in the veteran players photographed proudly in their uniforms, or in the colorful street vendors selling food and refreshments before a game, the love of baseball in Cuba is celebrated.”

Forewords for the book were written by Bob Costas, a long-time broadcaster who has covered every major American sporting event throughout his career, as well as the winter and summer Olympic Games. Over the course of his career, Costas has won twenty-eight Emmy awards, and in 2012, he was inducted into the National Sportscasters and Sportswriters Association Hall of Fame; and Sigfredo Barros, who has been covering sports for Cuba’s national newspaper, Granma, since the 1970s. A lifelong fan of the New York Yankees, Barros resides in Havana, Cuba.

Read more about the book in Skyhorse Publishing press release.

For more information about Ira Block, or to purchase the book on Amazon.