By ASMPNovember 4, 2020Member Spotlight
No Comments 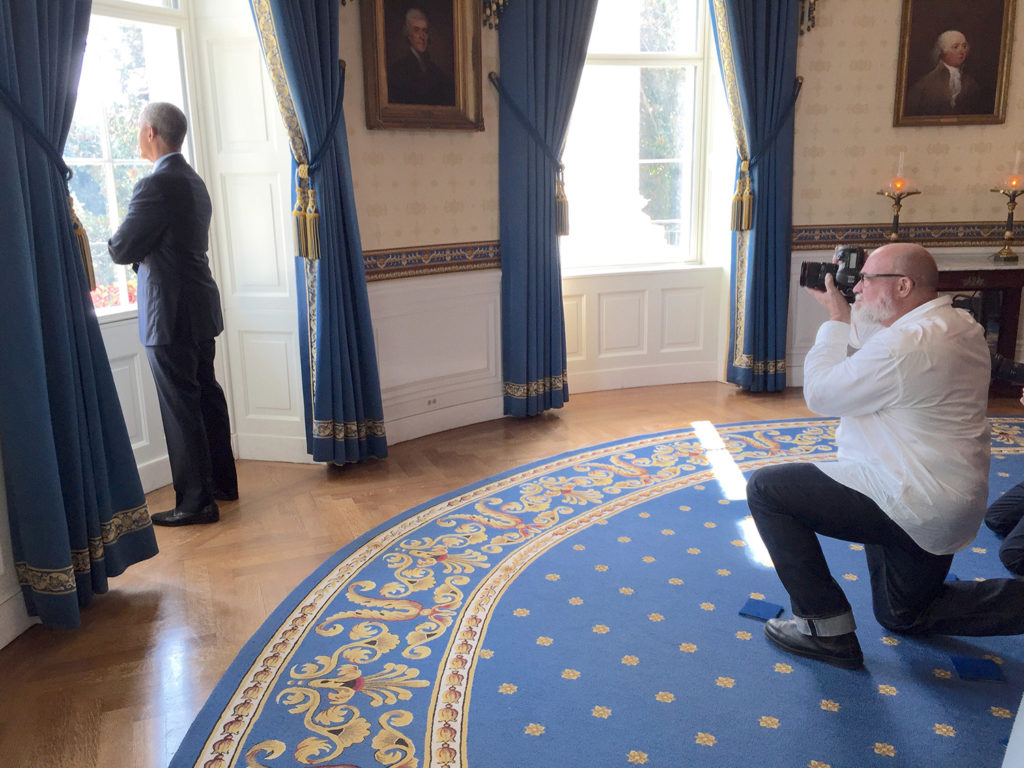 It took the famously contemplative and cerebral Barack Obama almost four years (and 768 pages) to produce just volume one of his post-presidential memoir, the upcoming A Promised Land.

But when it came to producing the photograph for the back of the book jacket — revealed exclusively here — Obama’s well-known impatience in front of a camera made for a precision-timed mad dash for photographer Dan Winters.

Shooting at the White House on Aug. 25, 2016, for New York magazine, Winters was given five minutes of President Obama’s time (“I think I stretched it to 10,” admits the photographer whose portfolio includes everyone from George W. Bush to Nicole Kidman) in order to take several pages’ worth of images for a cover story on Obama’s eight years in office.