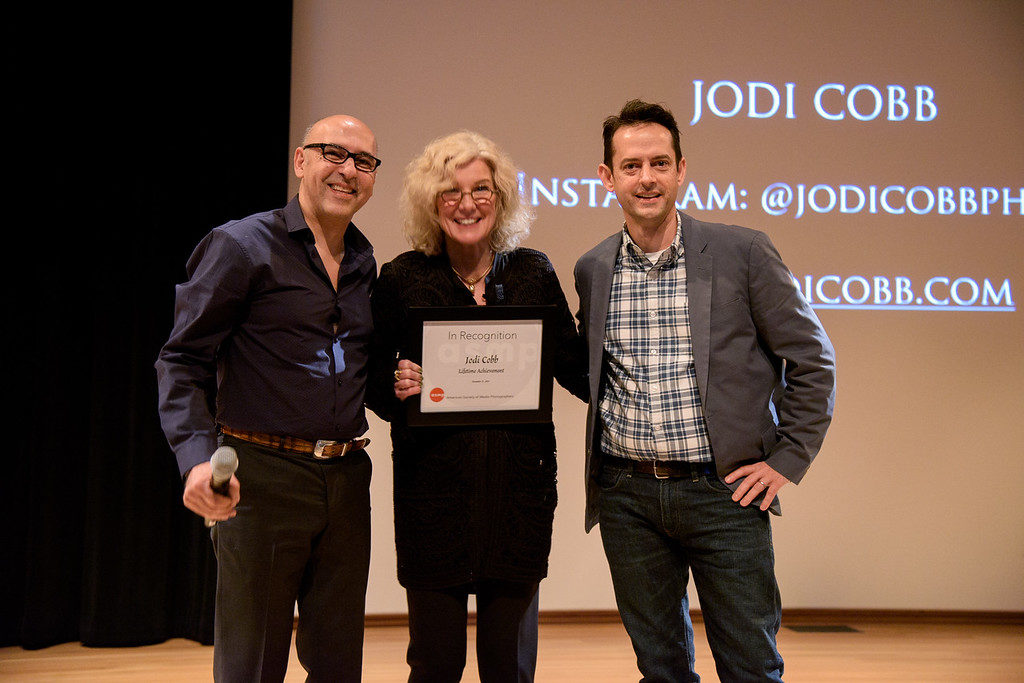 In recognition of her distinguished career that has spanned four decades, globetrotting explorer Jodi Cobb was presented with an ASMP Lifetime Achievement Award, by David Wiegold, Chapter President of  ASMP’s Washington DC Chapter, prior to her “Stranger in a Strange Land” Artist Talk presentation on November 13th, 2017 at the Smithsonian American Art Museum. 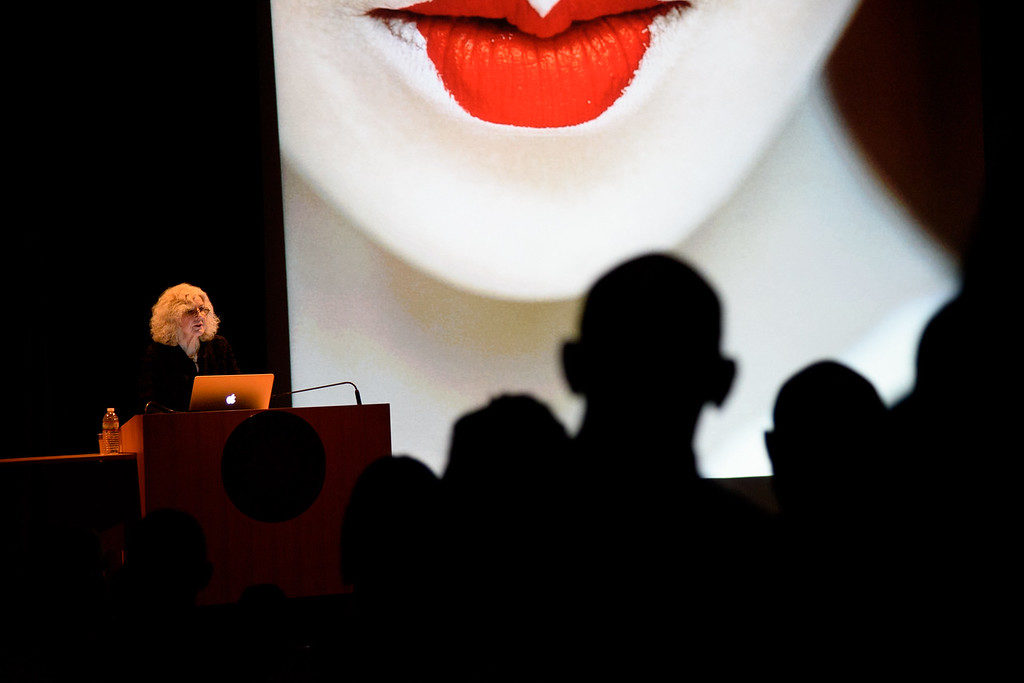 One of only four female staff photographers in National Geographic’s history, she is known for breaking through barriers and lifting a curtain on hidden societies. Cobb has captured fascinating glimpses of worlds such as Japan’s secret Geisha culture and the cloistered lives of Saudi Arabian women. Her landmark story “21st Century Slavery” exposed the tragedy of human trafficking, generating more reader accolades than any other story until then. Travel with this inspiring woman as she chronicles her public and private path from young photojournalist to world-renowned photographer.

Jodi Cobb has always been an explorer. Before turning twelve she had circled the globe with her family; since then she has worked in more than sixty-five countries, using her camera to ask questions about the human condition in an increasingly  interconnected world.

Whether examining the beauty and cruelty of the Japanese geisha’s ancient traditions for her groundbreaking book “Geisha: the Life, the Voices, the Art”; exposing the tragedy of human trafficking for her 2003 National Geographic article “21st Century Slaves”; or exploring the hidden world of the women of Saudi Arabia, Cobb has searched for humanity in some of the world’s most complex, impenetrable environments.

As a staff and freelance photographer with National Geographic for more than three decades, Cobb photographed over thirty stories and developed an international following for her visually powerful work. Today she also brings her experience to a variety of freelance advertising and editorial assignments, and teaches and lectures around the world. She received the prestigious Missouri Honor Medal for Distinguished Service in Journalism, was the first woman named White House Photographer of the Year, and one of her photographs is on the Voyager Spacecraft, out in the universe forever.

Cobb received her Master of Arts and Bachelor of Journalism degrees from the University of Missouri, and an honorary Doctor of Fine Arts from the Corcoran College of Art and Design. She now lives in Washington, D.C.