By ASMPMay 19, 2020Member Spotlight
No Comments 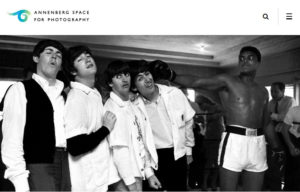 Cross-posted from The Annenberg Space for Photography

This week, the Annenberg Space for Photography is pleased to announce “Casual Conversations: The Vanity Fair Talks,” a four-part series of virtual conversations between lauded Vanity Fair photographers and some of the publications current and former editors. Over the course of four weeks, ASP will host four presentations and conversations about the iconic imagery that accompanied the magazine’s investigative reportage and signature wit via Zoom Webinar:

“It was 1985, in the West Wing of the White House, a short while before a State Dinner. An assistant went to fetch President Ronald Reagan and First Lady Nancy while photographer Harry Benson set the stage. He rolled out a white backdrop and turned on a stereo to play what he knew to be Nancy’s favorite tune – Frank Sinatra’s “Nancy with the Laughing Face.” The First Couple walked in and Nancy’s eyes lit up. Laughing, dancing, and even kissing, the Reagans posed for Benson and the resulting image became not only one of the most iconic Vanity Fair covers ever, but an emblematic moment that came to visually depict the merging of politics and celebrity. In fact, the cover photo was such a hit, it saved the magazine. In 1983, Vanity Fair had gotten off to a rocky start when it was relaunched, until the issue featuring the Reagans flew from magazine stands.”