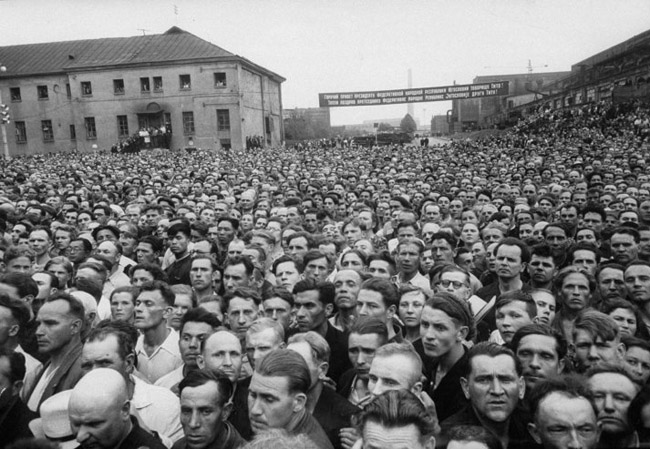 Lately, crowds are everywhere. Or rather, crowdsourcing is everywhere — a notion and a process that’s increasingly heralded as a way to address societal ills and cultural threats ranging from traffic jams to terrorism. James Surowiecki’s 2005 bestseller, The Wisdom of Crowds, brought the discussion of crowds and their behavior into the mainstream in an utterly new and (for the uninitiated) approachable way, while “democratic journalism” sites like Reddit and Newsvine employ crowds, i.e., site users, to cull and distribute what the crowd deems relevant information to millions of people around the Web and around the world, instantaneously.

Despite the star power now enjoyed by the many, though, the idea of what a crowd looks like remains both fluid, and contradictory. Is a crowd a mob? An audience? A rally? A “sample population”? All of those things? None of those things? And more critically, when does a crowd cease to be a collection of individuals, and morph into something more (or something less)?