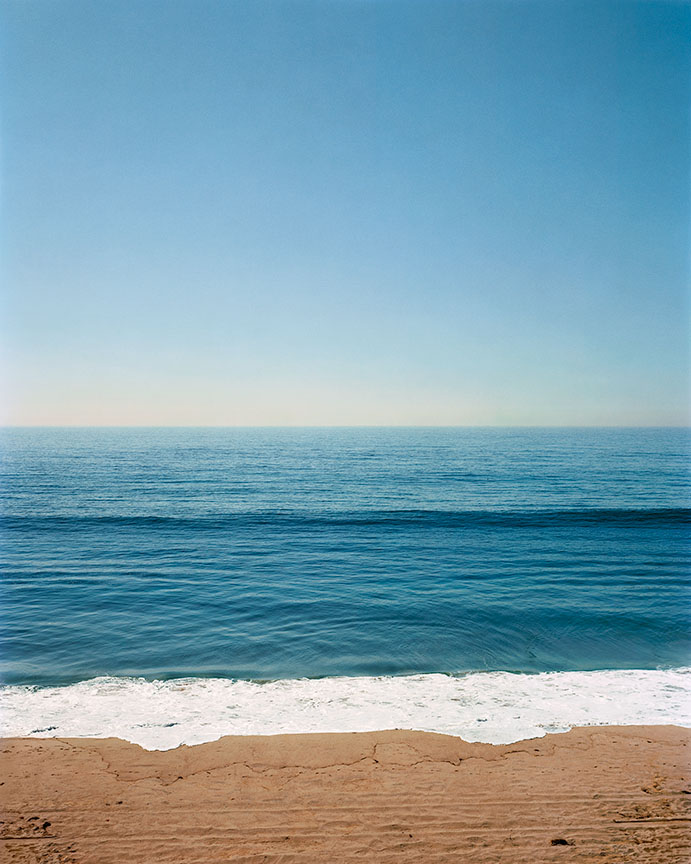 Rainer Hosch is a portrait photographer and documentarian of modern life. His photographs are a testament to an a unflinching and curious eye. He has spent the last year working on a personal project that documents the beach near his home in Topanga. The Topanga Beach Series marks a new creative path for Rainer. This large format series of images focuses  on the landscape – that is the sand, ocean and water – as the subject for a new body of portraits.

How did you start this project? What was your inspiration? 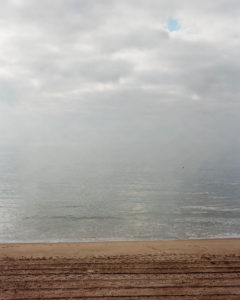 The intersection of the Pacific Coast Highway and Topanga always felt like the final frontier in my mind, where America ends and a new horizon begins.  My journey from Vienna to New York City and finally to Los Angeles lead me incrementally closer to the beach.  The project started when my family moved to Topanga Canyon, a relatively short distance from the coastline.  Every time I made the turn from Topanga Boulevard onto PCH in my car, I would pull over, admire the view and celebrate my arrival to a place that I had dreamt of for so long.  I started taking pictures on my iPhone, which became a diary of my visits to the beach.  I knew I wanted to focus on the culture of Topanga Canyon and its eclectic community.  Intuitively the beach felt like the perfect location and after reviewing the images I had already taken, I realized the project began before I formally started.

How often do you shoot at Topanga? Do you always go at the same time?

I try to shoot every day but have to make adjustments according to my work and travel schedule. Some days I arrive but find nothing worth documenting so I’m just happy enjoying the view.

I don’t always shoot at the same time of day because I want to capture different atmospheric elements like the shifting clouds and changing tides.  I first began shooting in the winter when the beach was empty.  As the weather got warmer more people appeared.  Initially, I was frustrated when I discovered crowds of people on the sand because I thought I would not include people in the photographs. I then realized that it was part of the story of Topanga Beach.

Do you frame it exactly the same every time or is it always a little different?

I always place the horizon at the center of the image. 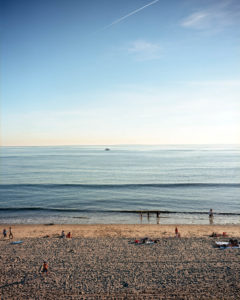 The framing can change based on which lens I decide to use. There’s an area about 20 feet wide that gives me an unobstructed view of the beach, then I decide where to set my camera based on what I see that day and I always place the camera straight ahead.

What gear do you use?

At the inception of the project, I knew that I wanted to shoot on film and that I wanted the images to be as large as possible.  I chose 8×10 because the format offers the best detail for large-scale prints.  In the process of shooting, I realized it has limitations.  Due to its slower speed, I wasn’t able to properly capture people moving on the sand or crashing waves.  I realized I needed to include Medium Format which provides a speed which is simply not possible with the 8×10. 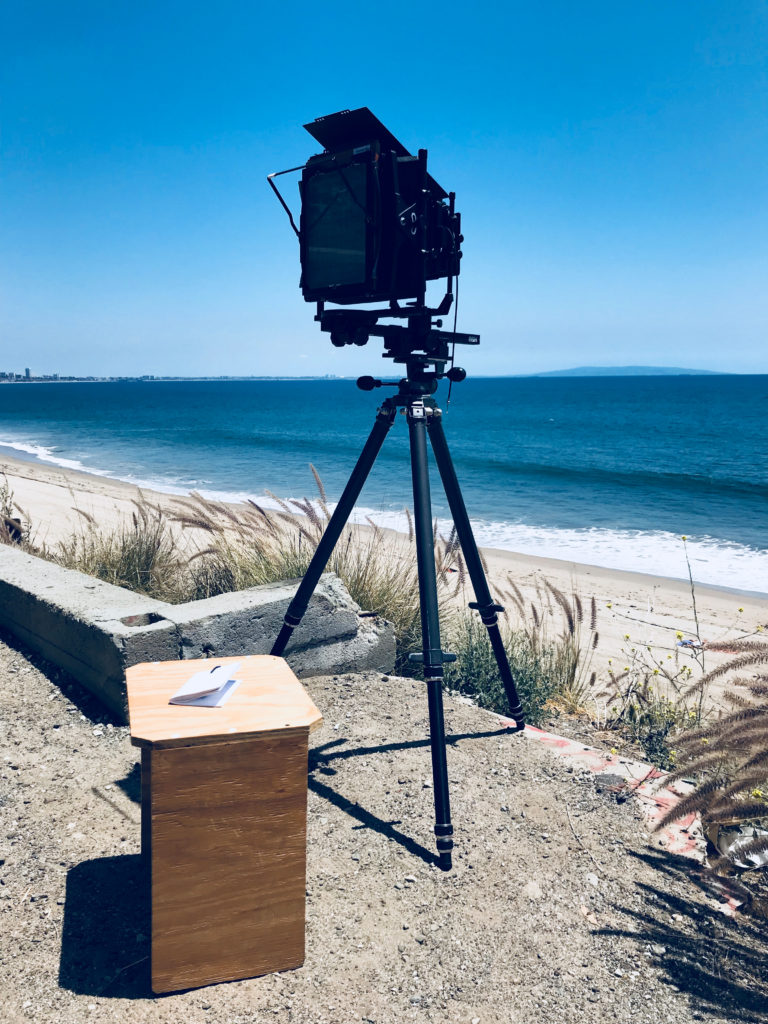 This is very different from your commissioned work. How does this inspire or influence that work (or vice versa)?

The photographic process doesn’t change whether it’s a commissioned work or a personal project. In my commissioned work I mainly get hired to work with people, portraiture being my specialty.  The beach is now the subject of the work but I approach it with the same curiosity as a traditional portrait.  One big difference is that commissioned shoots always involve a level of collaboration, especially on bigger productions.  With a personal project, I have the power to make all the decisions and I go out on my own to find what speaks to me.  The opportunity to have full artistic freedom creates a balance that is crucial to my practice.