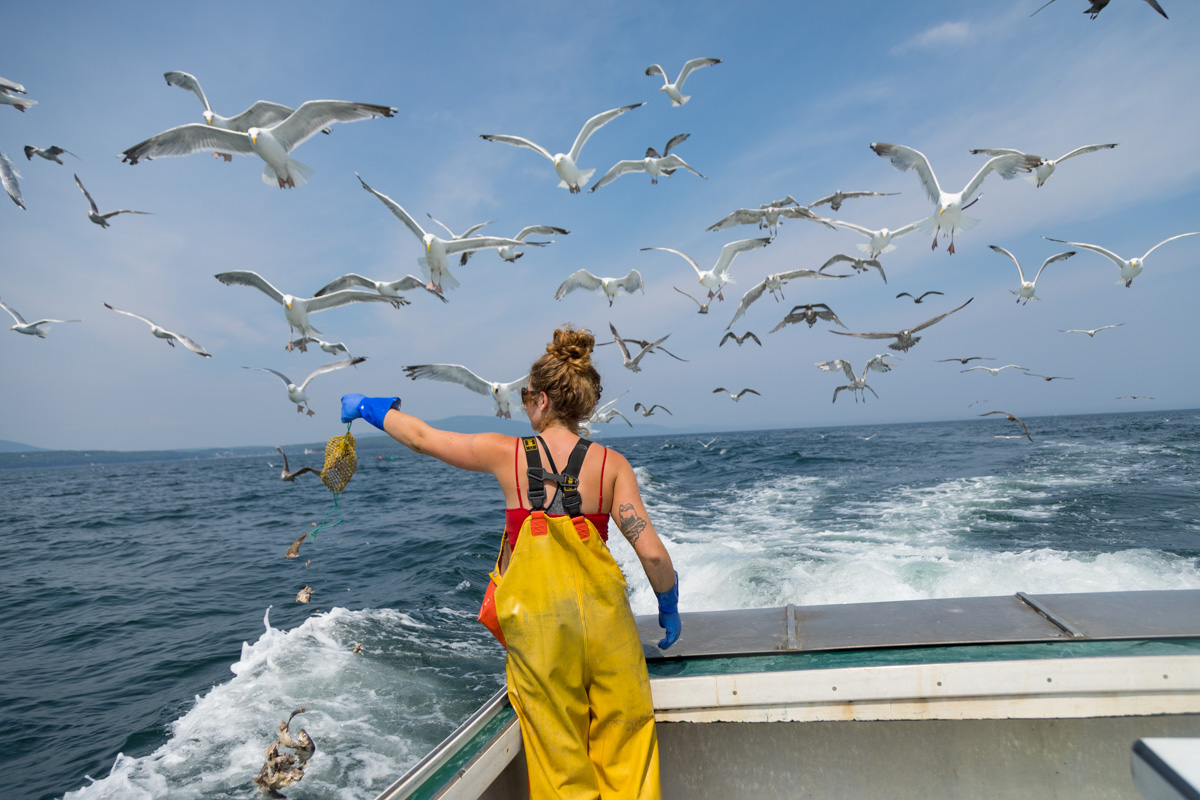 Lobster fishing off the coast of Maine. Photos by Tracy + David

Tracy Boulian and David Ahntholz are the husband and wife team behind Tracy + David. Based in Southern California, they are both photographers/directors, who love collaborating on shoots together.

Tell us about the project? Was this a personal project or commissioned work? What was your vision?
This was a personal project. We were in New England photographing another project already, and had a small amount of free time we wanted to fill. As we’ve always had an interest in photographing people with interesting jobs, we thought that someone working in a quintessential Maine job — on a lobster boat — would be fun to capture, particularly a female lobster fisherman. We’re always looking for new ways to tell stories, and are constantly working on self-assigned projects to stay inspired and to push ourselves to explore new directions in our work. We are also former news photojournalists, and spent much of our time at newspapers searching for interesting people and stories in our communities, so brainstorming and working on new self assigned project ideas is something that is second nature to us. 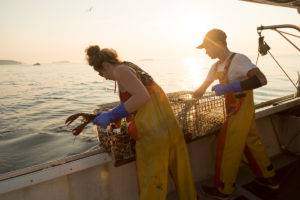 With two of you how do you approach shooting stories like this?
As we’re a team, people we’ve just met are often curious how we work together on set. They wonder if just one of us is the photographer/director, but we are both equally experienced and work together to shoot and direct stories for self-assigned projects and for collaborations with clients. We always assess how we can best capture a story as a team — sometimes we are both shooting at the same time, sometimes we are passing a camera back and forth and taking turns directing, sometimes one of us is focused on stills and the other is focused on motion. We approach every project a little bit differently, as there are so many variables that go into a shoot, from scheduling limitations to space limitations, but we are always very flexible and work in the way that best suits the project and the client. 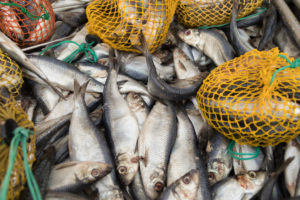 For this project, prior to beginning to photograph, we discussed with the captain and crew where we could be that would be out of the way for them and safe for everyone, so we knew exactly what our options were. We were limited on where we could stand as we were in very tight quarters on a small boat and needed to stay out of the way of the fishermen, lobster traps, and of all of the ropes and equipment coming on and going off the deck. The team on the boat worked extremely fast, so we were also very limited on how much we could move around without getting in the way of their work. To maximize our options, we each took different positions and shot both stills and motion from our prospective spots and angles, and then quickly regrouped and discussed ideas and swapped positions during the short and limited breaks the crew had between different strings of traps.
Going into this project, we knew we’d be limited on how much we could interfere with the workday of the lobster fishermen. For these kinds of projects, where we’re more limited on how much directing we can do — we generally research, pre-visualize, schedule, and shot list as much as possible, so we have an idea of what we’re going for, but always stay flexible and open to surprises. While we love being able to set up situations and direct talent in our work now — something we couldn’t ethically do when we were news photojournalists — we are still very comfortable working with a more photojournalistic approach if it makes the most sense for a project. 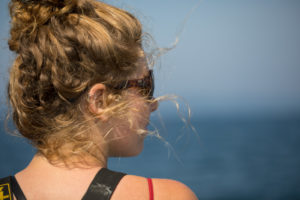 Did you work with a producer? What kind of pre-production did you do?

This shoot was self produced, though we did get help from some wonderful Airbnb hosts that we were staying with! Finding a female lobster fisherman was much more challenging than we had anticipated, and we weren’t able to find a subject in advance of our trip. Because of this, we ended up continuing to work on casting this shoot once we arrived in Maine. After many hours of researching, calling, emailing, meeting, and reaching out to many people in Maine and striking out, we were beginning to run out of time to find someone that met our criteria. We were so fortunate that we stayed with multiple wonderful Airbnb hosts, who wanted to help and also very kindly started reaching out to their friends to help us find a subject for our shoot. On the night before our last day we were in Maine, one of our hosts connected us with a boat captain whose daughter was a lobster fisherman and worked on his boat, and everything fell into place. A few hours later (after about 2 hours of sleep), we were heading down the coast to meet captain and crew for their very early morning departure time.
This project was so last minute that we had almost no ability to scout or plan this shoot in advance – something we generally prefer to do, if feasible. It’s situations like this when we can fall back on and greatly appreciate our photojournalism background, as we’re very comfortable going with the flow and working almost blindly if necessary.

What gear did you use? 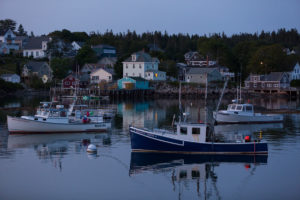 As we were in very tight quarters on the boat, and swapping out
gear or using lighting equipment wasn’t feasible, we brought the minimum amount of gear with us. We used Canon DSLR cameras and lenses, for both stills and video. We had a shoulder mount and monopod for shooting video, shotgun mic and handheld recorder for capturing audio, and towels and waterproof protection for our equipment. When we were off the boat, we also used a drone to capture aerial images.
tracydavid.com
Instagram:@tracyplusdavid