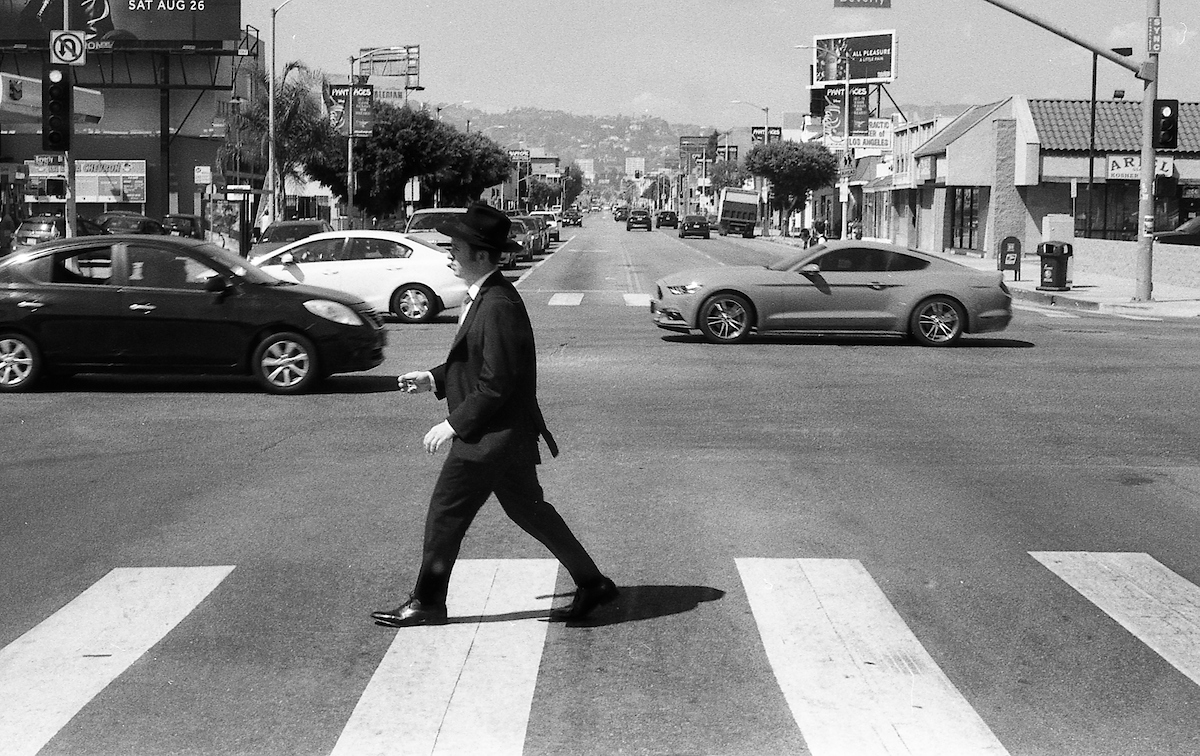 Chris Flynn is a portrait, event, and editorial photographer based in Los Angeles. Since moving to LA three years, ago he has been creating a black and white personal project focused on classic cars and street photography. ASMP-LA interviewed him about this series.

Tell us a little about this project. What inspired you?

I began this project in December 2015 when I moved from Washington, DC to Los Angeles. Washington, DC has a decent public transportation system, expensive parking, and strict laws regarding registering cars in the city. Due to these factors, there’s not much of a car culture in the district and you don’t often see classic cars or even cars older than the 90s. I lived there for almost 11 years, so when I moved to LA and kept seeing all these cool vintage cars, I couldn’t help but start shooting them. Simultaneously, I also began to take note of all the interesting people I would see walking around LA. DC has a great character too, but it’s a bit more buttoned up. I love how in California I can see a woman dressed in 1940s attire and 5 blocks down the street see a guy who looks like Allen Ginsberg walking a tiny dog. I appreciate how Californians are proud and show off their personalities and eccentricities. There also always seems to be an undercurrent of timeless, classic style, whether it be people’s clothes, cars or architecture. I didn’t have a specific plan for creating this body of work – it just happened organically. I think this project will continue as a never-ending chronicle of a state and especially a city that has captivated me since I moved here. I’m exploring ideas for how to share this work with a wider audience.

Why did you decide to work in black and white?

I grew up shooting film and shot primarily in black and white while taking photo classes in college, but I started shooting digitally around 2005 and really embraced it. I no longer had to continually buy film, pay lab fees, and I was learning to be a better shooter with the immediate feedback I was getting from the new medium. I was also trying to focus on building a portfolio to get paid gigs and that work was always in color. But after 10 years shooting digitally, and primarily in color, I missed the unique characteristics of black and white film that I couldn’t seem to replicate with black and white digital processing. It just doesn’t come out the same way. I was also increasingly becoming more interested in street photography and was influenced by the old masters; William Klien, Elliot Erwitt, Gary Winogrand and especially Robert Frank. I grew up skateboarding, and skateboarding magazines have always showcased great black and white lifestyle work, even when photography was moving in the digital and color photography direction. Ed Templeton, Tobin Yelland and Fred Mortagne (aka French Fred) have published fantastic black and white work that will forever be etched in my mind and continue to influence me. All of this planted the seed to start shooting black and white film again and I think its timeless look compliments this project and the subjects I’m shooting. 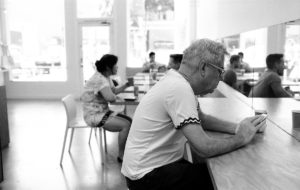 How have you approached this project? Do you set up time to shoot and go out with a goal in mind or is it more spontaneous, capturing moments as you stumble upon them in your daily life?

It’s definitely more spontaneous – I always have a camera with me when I leave the house so I’m ready if an interesting subject or situation presents itself. I recently broke my thumb skateboarding though, so I’ve been doing more planned walks recently because I couldn’t be as active in other ways.

This style is quite different from most of your commissioned work. How does your portrait and corporate work influence this project and/or how does this influence that work?

I’m not sure either one is an influence on the other, but I think that’s ok. I like that I can work on projects that are extreme opposites as they provide different experiences and allow me to freely produce the work I’m interested in. I am much more engaged with my subjects when shooting my commissioned work. My presence is known and I try to get to know my subjects and make them feel comfortable. Those shoots tend to be much more technical as well, involving specific lighting, locations and time constraints. They are well orchestrated, controlled shoots and all the planning helps me achieve the final end product I’m looking for. 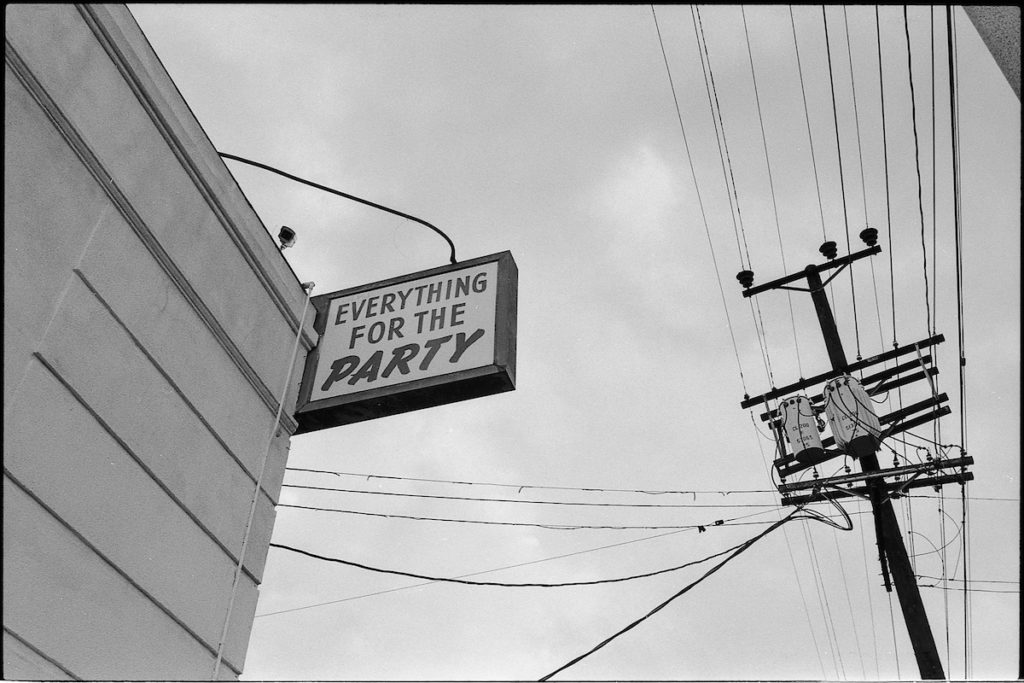 In contrast, this project I’m currently working on, I tend to try and be discreet and document people and places in their natural state – no matter who they are or what they do. I’m not opposed to interacting with my street subjects, I just tend not to do it. This work is free flowing and the only constraints are self imposed. There’s no technical lighting involved, so I have to problem solve when working with the ambient light to achieve the look I want. I tend to prefer a much harder contrasty light for this project as opposed to the softer look for my commissioned work.

What gear did you use to shoot this project?

My father, who is also a photographer, gave me his old Nikon FM2 a few years ago. It’s a simple mechanical camera that can be used without a battery and it’s well designed and built like a tank. I shoot with that body and primarily a 35mm lens and occasionally a 50mm. It’s a great low profile set up and can easily fit in a small shoulder bag. I shoot either Kodak TriX, Tmax or Ilford HP5+ black and white film, all 400 speed . Every once in awhile I’ll push it to 800 or 1600, but with the California sun, I don’t usually need that extra speed. I don’t really miss the smell of stop bath and disposing of chemicals, so I’ve been using Samy’s Lab (Fairfax) to develop and scanning on my Epson v550.

See more from this project here