Book Publishing Like A Pro: Jennie Jones Does Cleveland 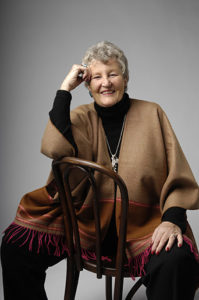 Jennie Jones has been an ASMP member since the late 1980’s. She started her career as an art historian, later taught high school and then finally began her career as a photographer when she was fifty. She developed a reputation photographing the city of Cleveland, Ohio following some advice she received from a local bookstore owner. Her story is one of taking calculated risks, employing strategic marketing tactics, and working hard to achieve success.

The Best Advice She Received

Jennie was teaching art history in high school and took pictures of Cleveland landmarks so her students could relate architectural styles from the past to landmarks and structures in their own community. The woman who processed her film encouraged her to become a photographer. A local bookstore owner realized she had talent and encouraged her to look in her own backyard for inspiration. “He told me NOT to do an art book. He said they are always on the sale table for 60% off in eight months. He suggested making Cleveland my subject matter ” said Jones. She thought it was brilliant advice because her first publication Cleveland: A Celebration in Color was a great success. She produced both hard bound and soft bound editions.

Around 1986, Jones became an ASMP member because she needed business skills to kick-start her client interactions.  Jones says that ASMP’s business materials were invaluable and gave her sample proposals, contracts and invoices and taught her the importance of a good estimate. The camaraderie she felt with other ASMP members was also treasured since she needed input on establishing her rates and getting her business moving. Jones functioned as an ASMP Board member and President of her chapter, Ohio North Coast ASMP in the Cleveland area. She was also a member of the ASMP Board of Directors from 1991-1993 and she chaired the ASMP National Conference in New Orleans in 1989 and then in Miami in 1990.

Jones’ “can do” attitude not only shone through in her work with ASMP but also in her own business interactions. Because of her art history background, she found it easy to talk about architecture so it was natural that many of her clients were architects and architectural firms. Over time, she developed a reputation as an enthusiastic and knowledgeable resource for Cleveland images. She worked with premier organizations such as the The Cleveland Clinic, The Cleveland Museum of Art, The Cleveland Botanical Garden, The Cleveland Gateway Sports Complex and Terminal Tower. After some thirty years of personal and professional photography in the Cleveland area, she produced a very successful coffee table book, Cleveland Inside Outside. Jones had clients out-of-state, but concentrated on her city of residence. 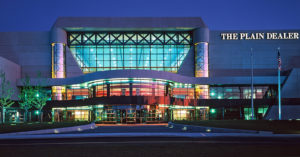 Jones’ brilliance was demonstrated in the way she took charge of her book sales. She asked one of her clients who was a prominent architect in town to write an intro for her that spoke to her credibility, reliability and talent. Jones created a list of the 300 biggest companies in Cleveland and then personally contacted the CEO’s to schedule appointments. She prepared a blank dummy copy with a hard cover reserved for their company logo and prepared a pricing scheme that built-in volume discounts. She used an independent publisher who was willing to work with her as she took orders. Cleveland-based companies were thrilled to have a unique and locally relevant holiday gift for clients and employees. Her books were always planned to be released in September so that they would make perfect corporate gifts for the holiday season. The release schedule worked for bookstore sales as well. “I prepared flyers and mailers and made appointments to see the top executive of each company. I worked really hard but the process proved extremely successful” says Jones.

Her books became the perfect way to continue building upon her reputation until she became known as one of the top photographers in Cleveland. “At one point, I had access to every roof in Cleveland and could come and go as I pleased but I always asked permission and maintained a sterling reputation in town” says Jones.

Jennie Jones can be found at http://clevelandinsideoutside.com/ and on Amazon. Jones’ books include Cleveland Inside Outside, A Paradise In The City: Cleveland Botanical Garden, A Place Apart: Bratenahl, Ohio