No tickets required. Free and open to the public.
Advanced reservations not required. 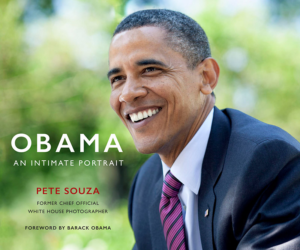 As chief official White House photographer for President Obama and official White House photographer for President Reagan, Pete Souza has recorded intimate and historical moments in America and around the world. During Obama’s eight years as president, Souza took nearly two million photos. Three hundred of those pictures are featured in his New York Times best-selling book, “Obama: An Intimate Portrait.”  In the foreword to the book, President Obama wrote, “Over the course of eight years in the White House, I probably spent more time with Pete Souza than with anybody other than my family.” The book vividly captures that connection in its photos and the stories that accompany them.

Souza will share stories from his life as a photojournalist and his career as the president’s photographer in a free public talk at 7 pm, Tuesday, April 24 at the Lied Center on the University of Kansas campus. The talk will feature photos from Souza’s book, “Obama: An Intimate Portrait.”