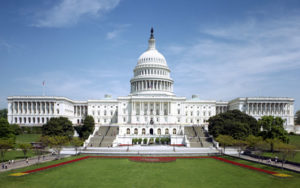 Editor’s Note: In one of the hearings held yesterday, ASMP Member Jeff Sedlik testified on behalf of all the visual groups, including ASMP, that work together regularly as a coalition when doing our advocacy work.

Cross-posted from IPWatchdog
[by Eileen McDermott]

In the first part of a two-panel hearing today on whether the Digital Millennium Copyright Act (DMCA) is working for the 21st Century, Senate Judiciary Committee, Subcommittee on Intellectual Property Ranking Member Senator Chris Coons (D-DE) said he was struck by the conclusion of a recent Copyright Office report that found that Congress’ original intended balance for section 512 “has been tilted askew.” And Subcommittee Chairman, Senator Thom Tillis (R-NC), said that fixing the problems may require designing an entirely new system, as “the grand bargain of the DMCA is no longer working and not achieving the policy goals intended.” This was the third in a year-long series of hearings aimed at reviewing and modernizing the DMCA.

Tillis began the hearing by recognizing the larger issues the United States is presently facing—the murder of George Floyd by Minneapolis police and the Coronavirus pandemic. “This hearing is not distracting from the larger issues of police brutality and the horrific circumstances that led to the murder of George Floyd and the senseless deaths of so many of our African American brothers and sisters,” Tillis said, noting that Senators Graham and Feinstein will soon hold a full Judiciary Committee hearing on policing in America.

Likewise, Tillis and his colleagues will continue to address the COVID-19 crisis, but in light of the heightened economic challenges gripping the nation as a result of it, “it is crucial Congress continue its important work” on issues like intellectual property, he said.

The Scale of the Problem

Small creators, independent artists, authors and musicians have particularly suffered during the COVID-19 crisis. “Retail sales have plummeted, but online piracy has not slowed down,” Tillis said. “More than ever they’re dependent on online ecosystem.” While the first two hearings held this year on the DMCA were academic in nature, today’s hearing focused on practical challenges and solutions—specifically, the DMCA’s notice-and-takedown provisions, codified in Section 512.

Section 512 of the DMCA was viewed as a “grand compromise”—in exchange for limited liability, online platforms were meant to take steps to curb piracy. However, the DMCA was written in a time of dial-up internet connections, and long before 81% of Americans owned smartphones. In order to keep up with the amount of infringing content online, copyright owners send hundreds of millions of takedown notices each year, only to see infringing material reappear on the same website, sometimes just minutes later, Tillis said. This entails “countless hours of manpower” to reply to takedown notices. “From both user and creator perspectives the current system is failing badly,” Tillis added. “We may need to design an entirely new system.”