The Senate Has Been Holding Off on New Relief. It’s Costing Freelancers Their Lives

By ASMPJuly 2, 2020Current News
No Comments 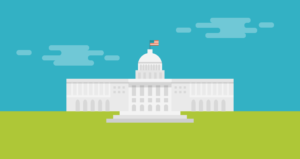 This Friday, senators will take a two-week holiday, leaving millions of unemployed people and small business owners in suspense about their future. The only thing we know for sure is that McConnell claims the PUC program will not be extended. His argument: That extra compensation is encouraging people to stay home instead of going back to work.

This completely ignores the reality for millions of people who are still unable to work, including freelancers who work in events, restaurant workers, performers, musicians, and hundreds of other industries that will likely remain at a standstill way past the end of the year. It denies the fact that regular unemployment insurance checks are woefully under calculated, with many freelancers receiving just a few hundred dollars a month. And it is a callous denial of those who, quite rightly, choose to protect their health rather than to go back to work in states where case numbers are skyrocketing.”