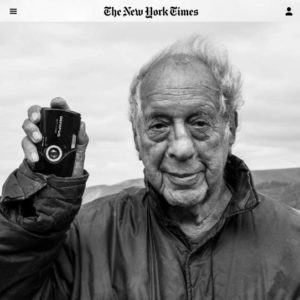 Cross-posted from The New York Times
[by Philip Gefter]

Robert Frank, one of the most influential photographers of the 20th century, whose visually raw and personally expressive style was pivotal in changing the course of documentary photography, died on Monday in Inverness, on Cape Breton Island in Nova Scotia. He was 94.

His death, at Inverness Consolidated Memorial Hospital, was confirmed by Peter MacGill, whose Pace-MacGill Gallery in Manhattan has represented Mr. Frank’s work since 1983. Mr. Frank, a Manhattan resident, had long had a summer home on Cape Breton Island.