Picturing Frederick Douglass: The Most Photographed American of the 19th Century 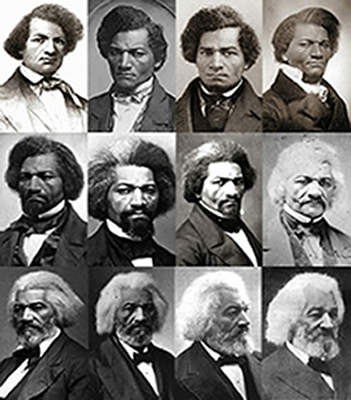 Frederick Douglass was in love with photography. From his earliest known photograph in 1841 until his passing in 1895, he sat for his portrait whenever he could and became the most photographed American of the nineteenth century; more photographed than President Abraham Lincoln. In this first major exhibition of Douglass photographs, we offer a visually stunning re-introduction to America’s first black celebrity — immediately recognizable in his own lifetime by millions.

Picturing Frederick Douglass promises to revolutionize our knowledge of race and photography in 19th century America. It is based upon a recently published, acclaimed book of the same name by Drs. John Stauffer of Harvard University and Zoe Trodd of the University of Nottingham, co-curators of the exhibit.

Many of the exhibition’s photographs were unpublished, forgotten for decades, and previously unseen by contemporary viewers. Several were taken here in Boston. Together, the images trace Douglass’s visual journey from self-emancipated man to firebrand abolitionist and elder statesman. His visual and stylistic evolutions narrate a photographic autobiography across a half-century of history.

This exhibit shows Douglass reinventing himself even as he sought to transform the country, using photography as a tool of reform, and becoming an astute critic of visual culture. It will highlight his use of photography in a deliberate effort to elevate the image of the African American in contradiction to demeaning and inhumane depictions of black life often seen in the 19th century.