Photographer Receives a $345,000 Lawsuit Settlement After Being Arrested for Taking Photos of an Incident 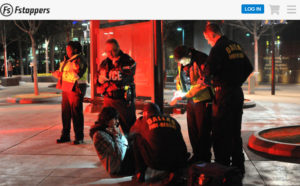 Recently we wrote about photojournalist Avi Adelman who was arrested by DART (Dallas Area Rapid Transit) officer for taking photos of an incident. Today we can report that DART have voted to finalize the case this with a $345,000 settlement, after Adelman had filed a lawsuit following his arrest.

Adelman, a professional photojournalist, had been taking photos of an incident where Dallas Fire/Rescue paramedics were treating a K2 overdose victim at the Rose Parks Plaza in the West End Transit Center, when he was confronted by DART Officer Stephanie Branch who requested Adelman to stop. The photographer explained that so as long as he doesn’t hinder the work of emergency responders, he is free to photograph this public event. When Adelman refused to leave the area, Branch handcuffed him and Adelman was forced to spend 24 hours in jail until he was released on bail.