Peter Lindbergh, Photographer Who Captured Rise of the Supermodel, Dies at 74

By ASMPSeptember 5, 2019Current News
No Comments 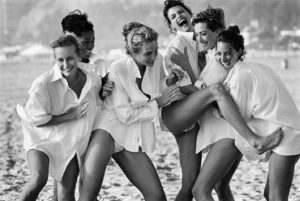 Cross-posted from The New York Times
[by Elizabeth Paton]

Peter Lindbergh, a pillar of contemporary fashion photography who played a key role in inaugurating the supermodel era in the 1990s, died on Tuesday in Paris, where he lived. He was 74.