Pay Now or Pay Later: What 10 Years of Freelancing Taught Me 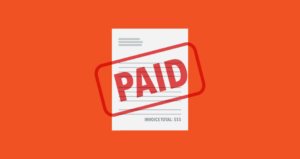 In August of this year, I celebrated my freelancing anniversary. As with many anniversaries, it was a time of reflection, celebration, and planning for the future. Amongst an avalanche of memories, I started to recall how timid I was about payment expectations when I first started.  I did not have clearly stated expectations— I was just so happy to freelance that the opportunity itself often slightly outweighed my payment expectations. My first year, I can even recall editing an entire dissertation for a former colleague who paid in $25 increments until he reached a zero balance some 15 months later.

As I look back over my early years, I realize that I made a lot of mistakes as it relates to money matters. My nonchalant attitude about payment expectations often set the tone and determined whether I was paid on time, paid late, or paid at all. The latter happened far more often than I’d like to recall. Yet, after so many times of putting forth considerable energy and not being compensated, I realized that my freelancing career would soon be over if I didn’t pivot: Either I firmed up my payment requirements or risked not being paid at all.