Olympus Is Getting Out of the Camera Business 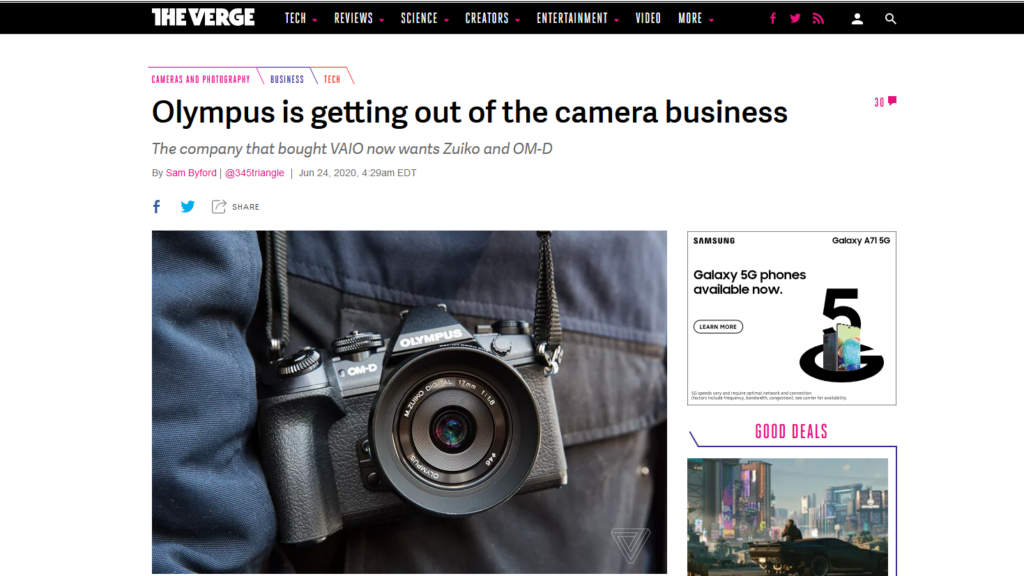 Olympus has announced plans to get out of the camera business entirely, selling off its imaging division to an investment fund. Japan Industrial Partners, the company that bought the VAIO computer business from Sony, has signed a memorandum of understanding that will see Olympus spin out the division and transfer all of its shares.

The imaging division is a small part of Olympus’ business, which is now largely focused on providing medical equipment such as endoscopes. CEO Yasuo Takeuchi hinted to reporters last year that the camera division wasn’t off-limits for a sale, although the company later downplayed those remarks.

Olympus says it “implemented measures to cope with the extremely severe digital camera market, due to, amongst others, rapid market shrink caused by the evolution of smartphones,” but has concluded that its efforts weren’t enough. As it did with VAIO, JIP plans to streamline the business and will continue to develop products using Olympus brands such as OM-D and Zuiko.