Looking Back at the Trump Presidency in Photos

By ASMPJanuary 19, 2021Current News
No Comments 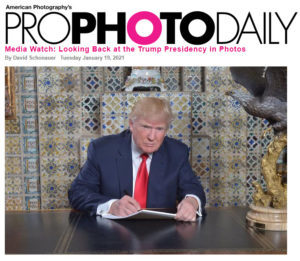 The long run-up to the transfer of power has been eventful, to say the least. The period between the election on November 3 and the inauguration of Joseph Biden as the 46th President of the United States on January 6 has been filled with a cascade of news. During that period — as Donald Trump fought his election loss unsuccessfully in courts, saw the Electoral College certify the loss, and then urged supporters in Congress to overturn the loss — publications and news agencies have been looking back at the past four years as documented by photographers.