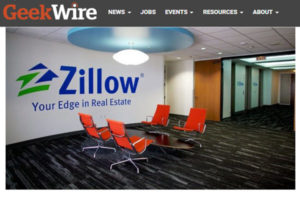 In addition to ordering a new trial, Judge Robart reduced the damages against Zillow to a little over $4 million. VHT CEO Brian Balduf called the judge’s ruling “important because it protects the interests of photographers, real estate agents, brokerages, homebuyers, and sellers.”

A copyright battle between Zillow and VHT Inc. over photographs took a sharp turn this week when U.S. District Judge James Robart largely sided with the Seattle real estate powerhouse, going against an earlier jury verdict in the case.

In February, a jury in U.S. District Court in Seattle supported VHT’s allegations that Zillow violated copyrights of 28,000 photos, ordering the company to pay $8.3 million in damages. VHT, which provides photography and image management services, originally filed its complaint in July 2015, claiming that photos displayed or saved to the Zillow Digs website violated the company’s copyrights.