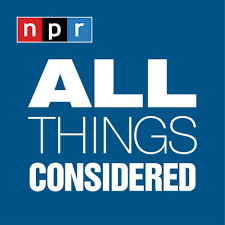 Cross-posted from NPR
Heard on All Things Considered

A photograph of two migrants drowned in the Rio Grande River captured national attention. NPR’s Ari Shapiro talks with photographer David Hume Kennerly about the power of a news photograph.

ARI SHAPIRO, HOST: Sometimes a news photograph captures a story in a way that rises above the noise of daily headlines. The Associated Press published one such photo this week taken on the banks of the Rio Grande. The image shows a parent and child lying face down in the reeds at the river’s edge. The little girl’s head lies next to her father’s. Her arm is around his neck. The father’s name was Oscar Alberto Martinez Ramirez. His 23-month-old daughter was named Valeria. They reportedly came from El Salvador and drowned trying to swim across the river that divides the U.S. from Mexico.

[Listen to more industry insight in the ASMP Experts and Masters Series.]