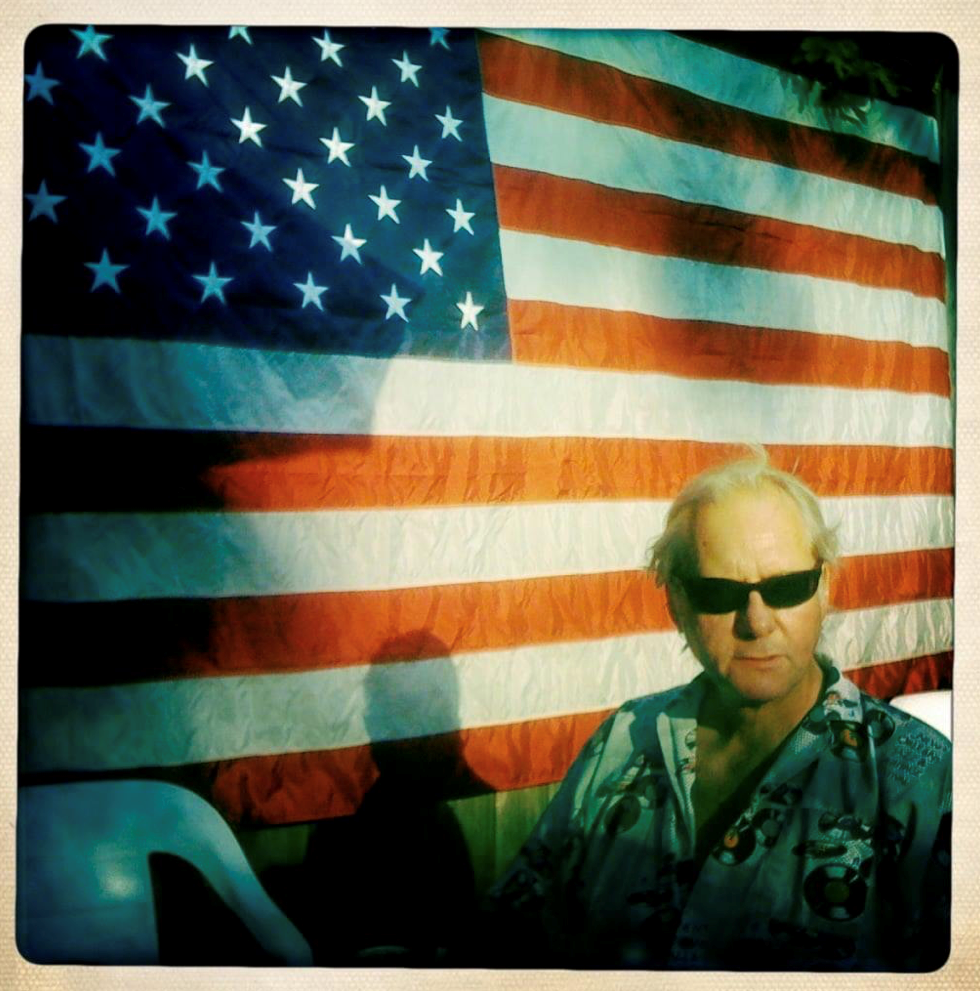 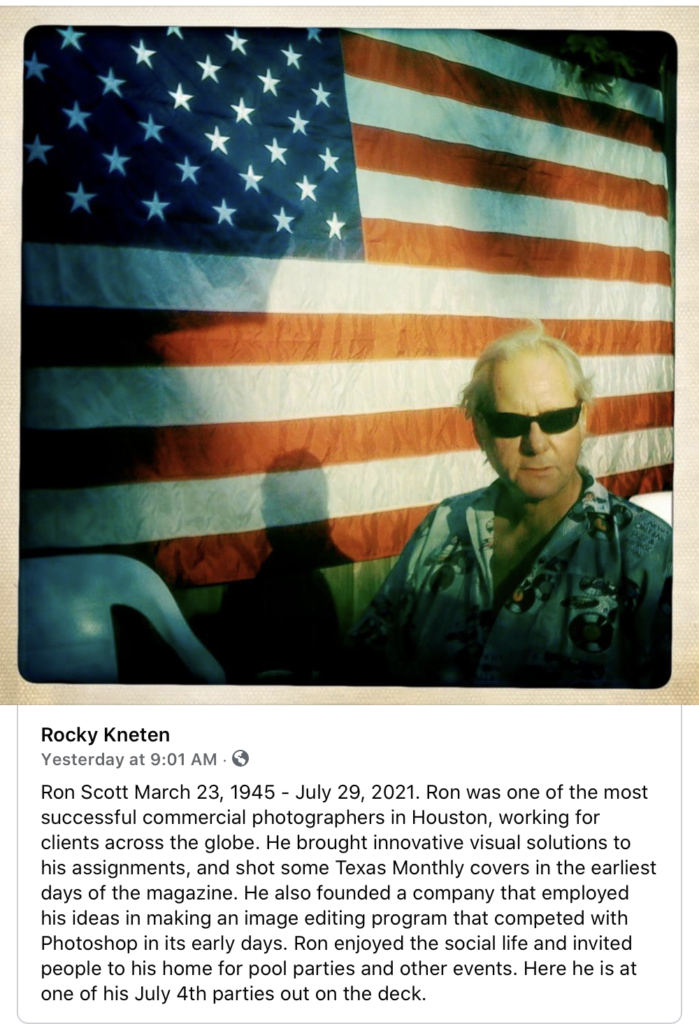 Ron Scott began working as a photographer in 1967 after graduating from Tulane University in New Orleans with a bachelors degree in Physics. Ron started his own photographic business in 1972 in Houston, Texas. Ron’s photographic career has spanned over four decades and his clients have included the top corporations, advertising agencies and design firms in the country. His photography has won numerous awards in prestigious shows in New York, San Francisco, Houston and Dallas and his photographs have appeared in Communications Arts Magazine, Photographis, Graphis Posters and at the PHOTOKINA exhibit. He is a former contributing editor to Texas Monthly Magazine and created the photographs for thirty-two of its covers.

In 1984 Ron became interested in computer graphics as a new tool for creating photographic images. He has always considered photography as a “marriage of science and art”, so the adoption of the computer as an imaging tool was a natural extension of his craft as a photographer. In 1985 Ron was selected by the SIGGRAPH 86 design team to produce the central image of the official poster promoting the 1986 conference in Dallas, Texas. The image was a computer creation of a typical Texas cactus and flower and was used in all SIGGRAPH 86 promotional materials and advertising. Ron’s computer generated imagery has been used in annual reports, brochures, magazines and consumer and trade advertising. In April of 2009 Ron was honored as the recipient of the Decorative Center Houston 2009 Stars of Design award for photography.

Being a pioneer in the creation of computer images, Ron discovered that many of the software tools he required to do his work were inadequate or non-existent. So it became necessary to develop his own tools for image composition, special effects and film output. Others too were eager for these new tools and soon Ron evolved from tool user to tool maker. By 1988 Ron Scott, Inc. was marketing several successful computer graphics software products, including the image editing and special effects package named QFX. [Text excerpt from Ron Scott’s bio]

ASMP National Board Member Michael Hart posted the following: It’s impossible to overstate the impact Ron Scott had on the communication community here in Houston. Designers, agency personnel, corporations, and of course photographers. His early work for Texas Monthly was dynamic and groundbreaking, and he carried that forward in his commercial work. A physics major at Tulane, he was one of the smartest and most technically adept guys you could ever encounter. But he coupled that with an artist’s eye and sensibilities. It was about 1978 or 1979, and a friend who was in SPI (Society of Photographers in Industry) took me to a dinner where they had Ron speaking. He knew I was a huge fan of Ron’s work. I saw him at the head table, he had on a blue crew neck sweater, and he exuded calm and confidence. I wanted to be him when I grew up, although, as it turns out, we were just 4 years apart in age. I approached him afterwards for a few words, and it was the start of 40+ years of friendship. He was strong in his support of ASMP and was a founding member of the Houston Chapter. He opened his studio for board and general meetings all the time. I had my “The new phone books are here, I’m SOMEBODY” moment when Ron told me that the thought I was good. That meant the world to me. And it was the type of mentorship that ASMP has always meant for me. The subject of a Communication Arts cover story, he was a trailblazer, an innovator, a technical genius and an artist. This is a sad day for the photo industry, and for all of us who called Ron a friend.