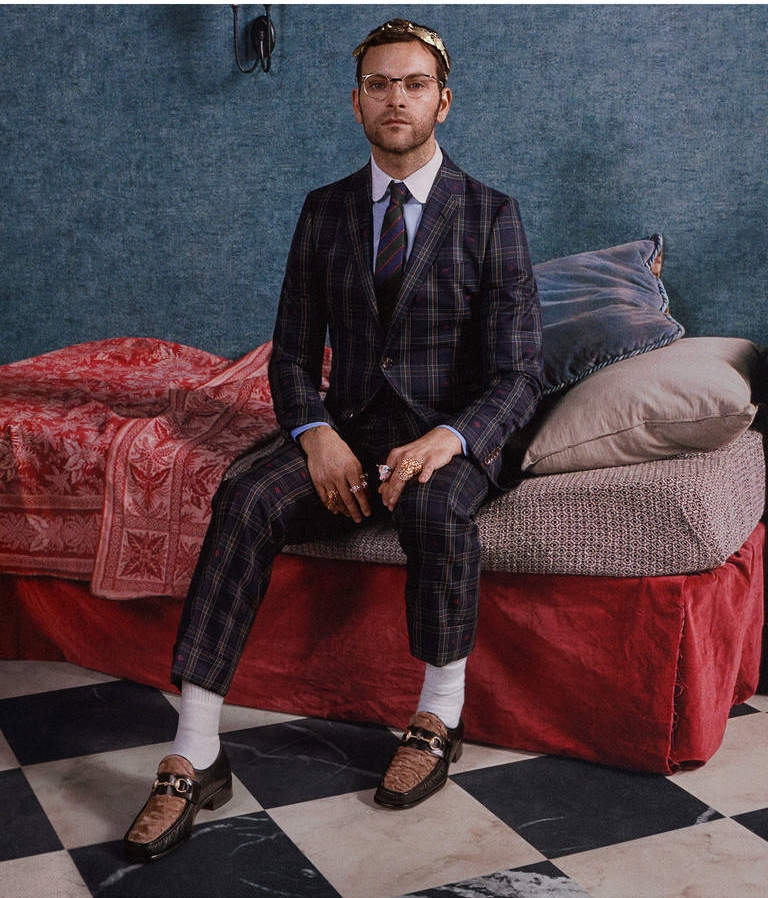 When it comes to fashion campaigns Gucci’s creative director, Alessandro Michele has been dishing out some of the most colorfully creative concepts so far. From a 60’s inspired disco party for its pre-fall campaign to the most recent sci-fi inspired fall campaign, and for the brand’s latest cruise 2018 campaign Michele takes a more raw approach. Featuring images portraying the flamboyant style of Rome’s eccentric residents set in a number of everyday settings from Roman apartments to local parks. To keep with the Italian theme of campaign the models featured are all true blue Italian artists.

The new campaign dubbed ‘Roman Rhapsody’ seems to once again tap an era of when technicolor was first introduced, giving the images a very raw appeal. Working with British photographer Mick Rock, a man best known for capturing images of rock legends such as David Bowie, Blondie, The Ramones, Joan Jett, and Queen, it is quite clear why the resulting images are reminiscent of images you would find in a Rolling Stone magazine from the 70s.

Read the rest of the article.