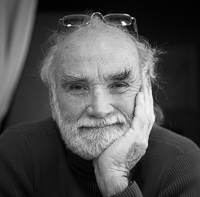 Famed Civil Rights photographer, activist, and past ASMP President Matt Herron, who captured poignant moments of the civil rights era in the South including the 1965 voting rights march from Selma to Montgomery, Alabama, died in a glider crash in Lake County, California on Friday, August 7, 2020.

Matt was an ASMP Life Member, having joined ASMP in 1964.

“During the 80’s,  Herron became active with the American Society of Media Photographers (ASMP). He served as President from 1993 to 1995, and then as International Director and as Chairman of Media Photographers Copyright Agency, ASMP’s online marketing system for electronic images, and lectured extensively in the US and abroad on such topics as copyright, electronic image marketing systems, and business practices in photography…” Excerpt from Matt Herron’s bio.

He remained active in ASMP copyright advocacy efforts, most recently lobbying his Congressional delegation about the import of the CASE Act.

Matt Herron began his photographic journey studying photography in Rochester as a private student of Minor White, and then worked as a writer and photographer for the American Friends Service Committee in Philadelphia. A conscientious objector during the Korean War, Herron was organizing peace demonstrations and beginning to shoot assignments for Life and Look at the time the first sit-ins were occurring in Tennessee and North Carolina. He was arrested for attempting to integrate an amusement park in Maryland in the summer of 1963 and shortly afterward he and his wife, Jeannine, moved to Jackson, Mississippi with their two small children. They were the only family to move south and join the civil rights movement. His photographs during his time in the South have been published in the book, Mississippi Eyes.