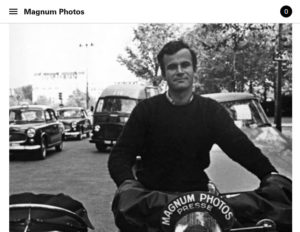 Bruno Barbey began his relationship with Magnum Photos in 1964. He served as Magnum vice president for Europe in 1978/1979 and as President of Magnum International from 1992 to 1995. Barbey worked in all five continents and covered conflicts in Nigeria, Vietnam, the Middle East, Bangladesh, Cambodia, Northern Ireland, Iraq and Kuwait. His work has appeared in the world’s major publication, and over 30 books of his work have been published to date.­­­­

Barbey received numerous awards for his work, including the French National Order of Merit. His photographs are exhibited worldwide, and feature in numerous museum collections.

Here, we share a statement from Magnum Photos president Olivia Arthur and a number of his colleagues.