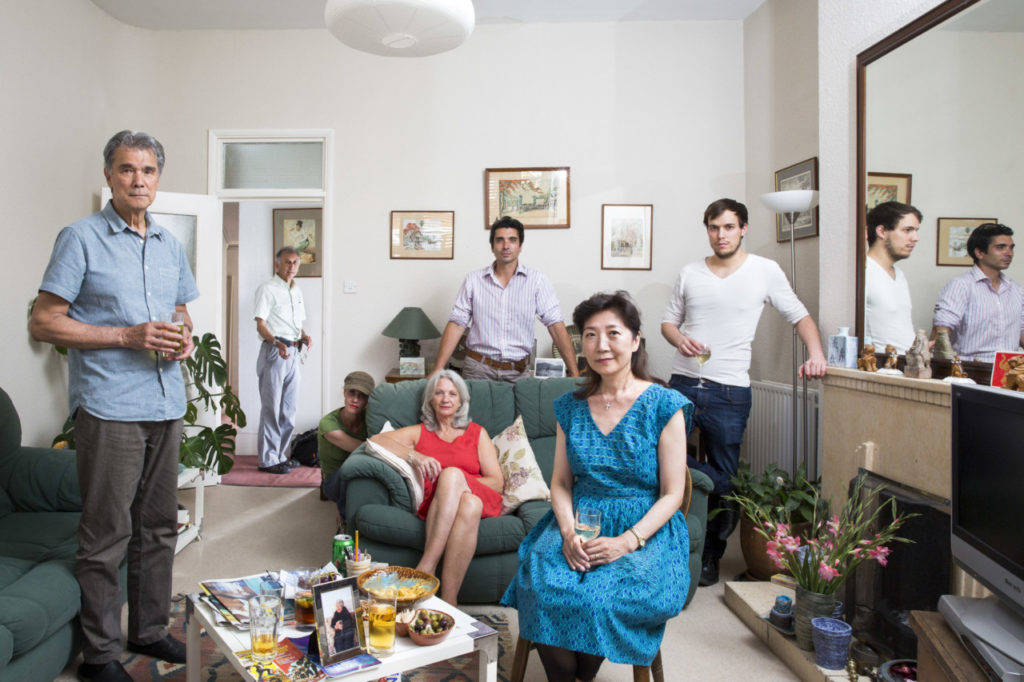 GB. England. London. 2015. Thein Mynt, left, was born in Burma from a Burmese mother and an Australian father. His brother Chris Steele-Perkins (in doorway) shared the same mother but he had an English father. Thein’s partner, Jean Millar, on the sofa, is English and behind her is their son Lwin. “Hiding” behind the sofa is Lwin’s English girlfriend Francis. At the front in blue is Chris’ wife Miyako Yamada from Japan, behind her is Chris’ son from a previous marriage, Cedric. On the front table is a small photograph of Thein and Chris’ Burmese mother, Mary.

Cross-posted from Magnum Pro.  “The New Londoners, a project by Burma-born British photographer Chris Steele-Perkins, has been four years in the making – a comprehensive visualization of the rich cultural make-up of families in the British capital. The project has culminated in a book documenting 164 families, collectively hailing from 187 countries – its publication set to chime with Britain’s projected leaving of the EU.”