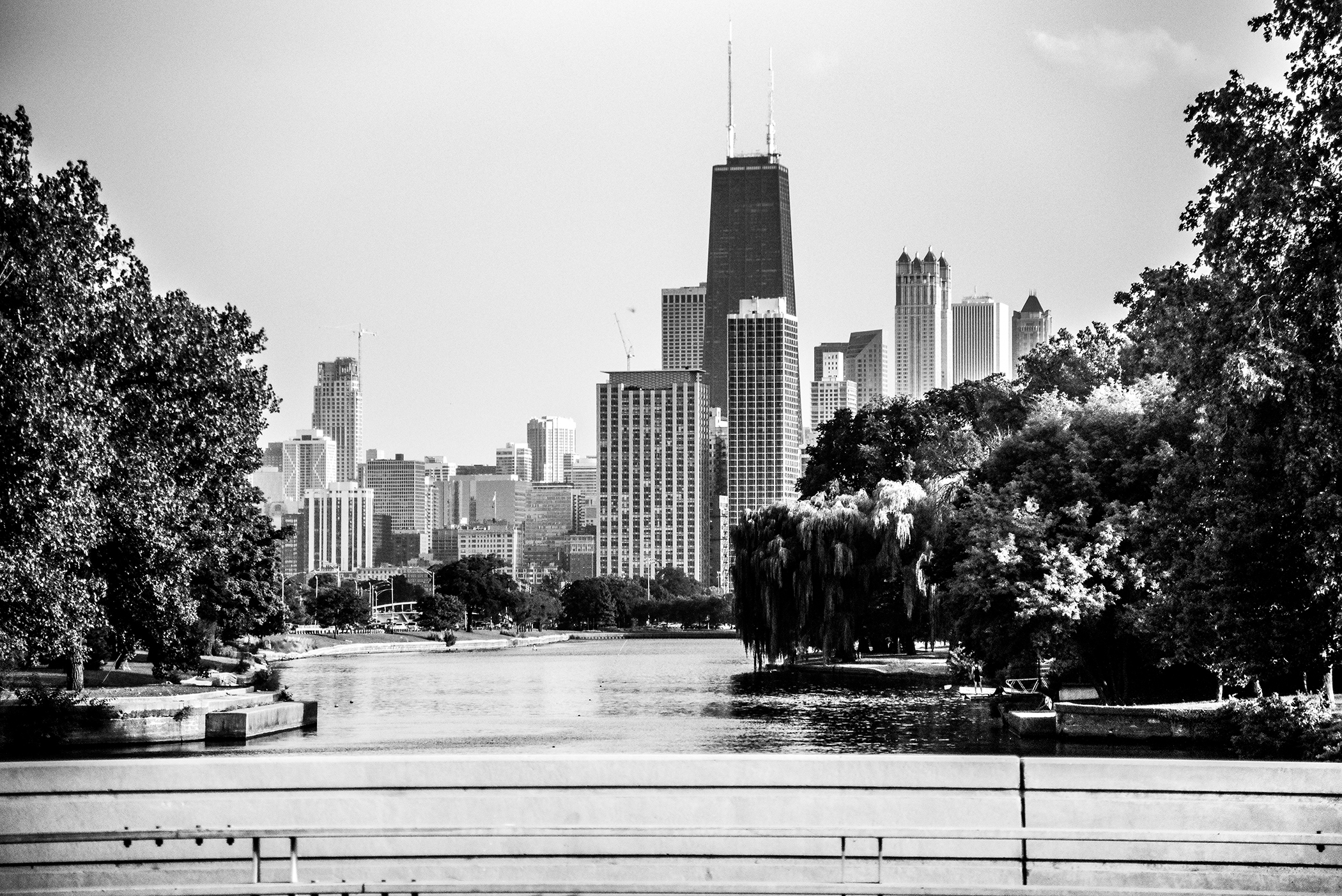 “I Was Looking at My Parents Like They Were Part of a Cult”: Photographer Gillian Laub Reckons with Her Family’s Trump Adoration

“Laub spent decades photographing her quintessential New York Jewish family—and watching them turn into Trump supporters. Her new book on the subject, she says, has been a sort of healing.”

“Tell me about the kinds of people besides your family you were taking pictures of, just to put this in context.

First and foremost, I am just fascinated by people and their stories, whether it’s Dolly Parton or my next door neighbor. I photograph politicians. I spent 10 years photographing this town that had segregated proms in the south. My interests range and I never thought of my family; they’re just my family. Why would anyone else be interested in them? But then I realized that so many people were going through what I was going through and there wasn’t a place to talk about it. It’s almost as if I had a secret society, a secret support group. Really, thank God for my work. Making this work through the period was so cathartic and helped me kind of navigate my way through it.”

Cross-posted from The Bitter Southerner.  [Photos by George Mitchell]

“I was 17 years old in 1961, when I took the first photograph I can remember having taken — of an old-time blues musician in Memphis with a Kodak Brownie I’d just purchased at a nearby drugstore. But over the next 25 years — a now-bygone era when the South looked and felt unique — I took many, many more … all over the South. “

“The large majority of the people I photographed are from rural areas, and poor — and many are Black and older — because I, a young white city boy, wanted to visit worlds different from my own.

More than a quarter of the photographs are of musicians, almost all of the blues singers being ones I am well-known for having recorded.”

So notes the acclaimed photographer James Balog in the introduction to his new book, The Human Element: A Time Capsule of the Anthropocene (Rizzoli). ‘The truth of our 21st-century environment, based on irrefutable and unmistakable evidence, is that human needs, behaviors, and technologies are radically changing the nature of nature,’ he writes.

Balog has been documenting that change — the collision between man and nature — for 40 years, working along a unique path that intersects with photojournalism, fine art, adventure and science. As curator Anne Wilkes Tucker writes in the book’s forward, before people began using the word ‘anthropocene’ to describe the modern geologic age, during which human activity has been the dominant influence on the environment, Balog was already at describing it in his beautiful, bewildering, tragic and timely work.”

“‘Unpublished Alaska’ primarily features images from Curtis’ 1927 trip, which found him, his daughter Beth and his assistant Stewart C. Eastwood traveling to the city of Nome. There, Curtis took photos and completed research for the final volume of The North American Indian. Published between 1907 and 1930, the 20-volume series strove to record, through writing and photography, the lives of Indigenous peoples across the United States.”

A Megalomaniac With Extremely Low Self-esteem

All creative entrepreneurs experience similar problems when it comes to simply doing the work.  “Last week was the Australian musician’s [Nick Cave’s] 64th birthday, which gives me an excuse to share one of my favorite artists-at-work quotes in recent memory, published in the New York Times in 2014:

“Here’s Cave describing his songwriting routine, via his wonderful newsletter the Red Hand Files. (Thanks for Kevin M. for alerting me to this last summer.)

The most important undertaking of my day is to simply sit down at my desk and pick up my pen. Without this elementary act I could not call myself a songwriter, because songs come to me in intimations too slight to be perceived, unless I am primed and ready to receive them. They come not with a fanfare, but in whispers, and they come only when I am at work.

Pen poised, I sit to attention, in my suit, on the edge of my imagination, prepared for the beautiful line to arrive. Sometimes it does, sometimes it does not — either way I am powerless to influence the outcome. So often we stand bereft before our ingenuity, with nothing to show for our efforts. Yet at other times we are ushered in.”

Cross-posted from Blind.  [By Laure Etienne]

“Between 1907 and 1914, Antonin Personnaz took advantage of a new photographic process, the autochrome, to immortalize the Oise Valley in color. An exhibition in Pontoise, France puts these impressionist images in the spotlight.”

“As early as 1907, the year the Lumière brothers marketed the glass plates that made direct color photography available to everyone, Antonin Personnaz wrote in the Bulletin of the Société française de photographie (SFP), of which he had been a member since 1896: ‘Messieurs Lumière have given us a marvelous technique that allows us to automatically create pictorial works. […] Let us not limit ourselves to using it to produce bright tones; let us look to master landscape painters: the Cazins, the Monets, the divine Corot who, in order to exalt the tender greens and harmonious grays of his landscapes, was content with the red headdress of a peasant girl. Let us be inspired by their example and seek to render nature’s softest, most delicate hues, and we will thus create a work of art.’”

Cross-posted from Aperture.  [By Sarah Meister and Diana C. Stoll]

“It is with deep sadness that Aperture learned of Peter C. Bunnell’s passing on September 20, 2021. An eminent photography historian and curator, Bunnell (born in 1937) was also a mentor and friend to scores of individuals engaged with the medium of photography today, including me. Curiously, our professional paths have followed inverse trajectories—his from Aperture to New York’s Museum of Modern Art to Princeton University; mine from Princeton to MoMA to Aperture—but at each step, his example served as a guiding light.”

Cross-posted from Reading The Pictures.  [By Michael Shaw and Cara Finnegan]

“In this controversial photo by Paul Ratje for AFP/Getty Images, we see a US border patrol agent on horseback using what looks like a whip to try and stop Haitian migrants from entering an encampment near the international bridge in Del Rio, Texas on Sunday, September 20, 2021. In the video, we clarify the widespread confusion caused by the photograph and the horse’s reins. More importantly, we put the circumstances at the river and the oppression of the scene in a larger visual, political and historical context.”

Cross-posted from The Honest Broker.  [By Ted Gioia]

“A recent incident with Rickie Lee Jones forces me to consider the critic’s craft, both from the giving and receiving end”

“Having experienced the process on both sides, let me offer some suggestions on how musicians (and others) ought to deal with criticism. Here are ten rules I try to live by in my own experiences with harsh feedback.”

‘A Few of The Legends’: The 39-year Journey to Put a Face to The World’s Great Photographers

Cross-posted from The Guardian.  [By Peter Adams]

“In 1982 Peter Adams finished a photography course in Australia. As the celebratory drinks flowed an idea materialised that would take him on a journey spanning 374,592km (he did the maths) around the world. The purpose of this grand endeavour was to photograph and interview some of the world’s best-known photographers. Thirty-nine years later the result is being bound at the printers in the form of a book that documents 300 of the world’s most prolific photographers”

Cross-posted from BOOOOOOOOOM.  [By Anna]

“A selection of images by Milan, Italy-based freelance photographer Carmen Colombo. Seeking out quiet moments, she takes a slow and careful approach to photographing her subjects, both people and objects. Her subtle images find moments of beauty in the mundane — ‘it’s the light that often creates the right conditions for the perfect image, a non-place where nothing happens,’ she explains.”

“‘The New World,’ as a designation for the Americas, originated in sixteenth-century Europe during the so-called age of discovery. Four centuries later, the term still evokes a combination of idealistic optimism and strategic exploitation. Cristina Velasquez questions this legacy from the perspective of her native Colombia. Deploying the concept of mestizaje, or the mixing of different ethnicities and cultures, Velasquez combines photography (a new medium) with weaving (an ancient method). Neither is privileged: weaving lends texture and dimension to photography, and photography adds representational detail to weaving. Velasquez produces objects that are overtly manual in origin, asking the viewer to think about labor—her own, and also that of Latin American people across the history of colonialism—as her true subject. Rather than illustrating working bodies in a conventionally documentary way, Velasquez frequently depicts isolated limbs in stylized, almost sculptural arrangements. These photographs are collaborative stagings of bodies in landscapes. In another form of mestizaje, they blend categories of genre and tone. Serious in intent and exacting in terms of craftsmanship, Velasquez’s “New World” is also animated by a sense of absurdity and joyous color. The artist’s approach is not didactic or propagandistic, but delivers its social and historic message via performance, engaging the viewer in the game of questioning, revision, and revelation.

–Britt Salvesen, Curator and Head of the Wallis Annenberg Photography Department and the Prints and Drawings Department at LACMA.”

Cross-posted from Hyperallergic.  [By Anne Wallentine]

“About the size of a smartphone screen, cabinet cards were not unlike sharing snapshots in the 20th century or selfies today.”

“In this period, photographers worked hard to establish their reputations as artists in a competitive market that still considered photography a mechanistic medium. Photographers used cabinet cards’ versos and overlays to advertise their services in flourishing script and imagery, as the cards’ circulation guaranteed further exposure. Itinerant photographers traveled around the country, offering their services in small towns. Still, the career was often a side hustle, as in the case of “Dr. A. Lane, Photographer and Dentist.” The show’s emphasis on the surrounding context of the images, including versos, overlays, and scrapbooks, nicely underscores the active and varied use of cabinet cards and the fact that they existed in myriad personal and advertising contexts — not just isolated within individual frames.”

The Server Rule Has to Go

Cross-posted from The Illusion of More.  [By David Newhoff]

“On September 17, a California District Court dismissed the complaint in Hunley et al v. Instagram, in which the plaintiff class accused the Facebook-owned social platform of “encouraging, inducing, and facilitating third parties to commit widespread copyright infringement” by means of the company’s promotion of its embedding tools. Through Instagram’s marketing the ability for third parties to display images by means of embedding (copying code that points to the image file on Instagram’s servers), Photographer Alexis Hunley et al argue that the platform induces other parties to infringe photographic and other works.”