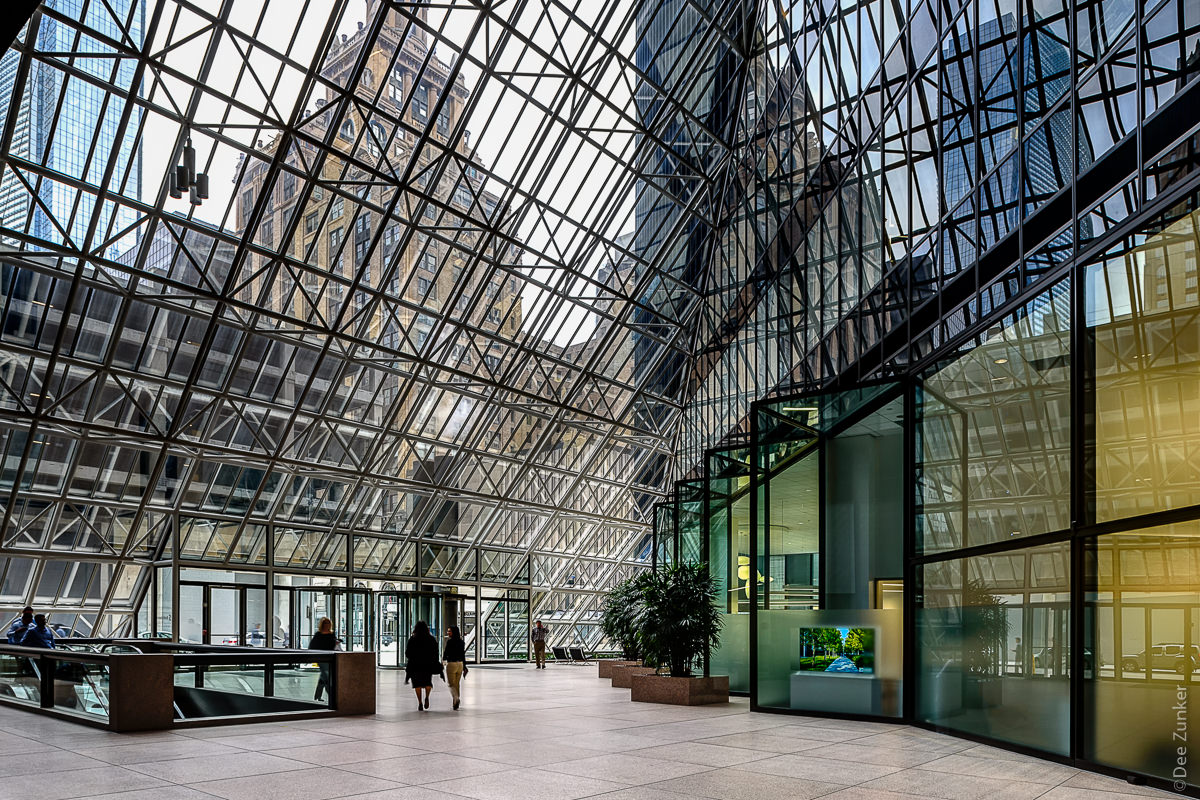 Cross-posted from LenScratch.  [By Brandon Ng]  “For most people, the mention of Hawai’i evokes images of white sandy beaches, grass-skirt hula dancers, and tropical flora. And while one certainly can experience these things with a trip to the islands, you will find none of these in the photographs of Ed Greevy. Instead, what you will experience is an examination of a land and its native peoples riddled with a history of violence, oppression, and exploitation. Greevy first came to Hawaiʻi in 1960, the year after its status change from US territory to the 50th state. Drawn here by the desire to surf, Ed quickly realized that the simple act of riding waves could not escape the upcoming struggles for land brought about by US statehood. Finding himself in the middle of rapid urban development and a transition from an agricultural to a tourism-driven economy, Greevy focused his camera on those most affected by these desires, Native Hawaiians and their land. The result is thousands of photographs spanning over three decades, illuminating the most pressing social and political issue of the times.”

Photo Essay: Leaving a Reservation for College, But Also Staying Close to Home

Cross-posted from The Hechinger Report.  [Text by Charlotte West, Photography by Shae Hammond]  “How one Native high schooler navigated the pandemic to pursue higher education”

“Bohannon lives on the reservation of the Santa Rosa Band of Cahuilla Indians on the outskirts of Anza, a high desert town of 3,000 in Southern California. Bohannon’s community, Mountain Center, is even smaller with around 150 residents; she was the only student from her tribe to graduate from the high school this year; just 5 percent of the school’s 266 students are Native.”

Cross-posted from the HeraldNet.  [By Sara Bruestle]  “Photographer Bob Fink, the Schack Art Center’s Artist of the Year, spent two years working on a solo exhibition he thought would open Thursday.

Then a racial equity consultant advised the center that showing Fink’s exhibit, ‘Indigenous Peoples: Photos From the Ends of the Earth,’ was ‘inappropriate’ and likened displaying the images as presenting ‘monkeys in a zoo,’ according to a text sent by a staff member.

As a result, the Schack Art Center administration informed Fink two weeks ago that his planned exhibition, which includes photos of ancient tribes in Ethiopia and Papua New Guinea, would be postponed until next year.

An Everett-based photographer and filmmaker, Fink, 72, had selected more than 100 images taken throughout his 30-year career.”

‘We Were Once Alive’: 100-year-old Portraits from Rural Sweden – in Pictures

Cross-posted from The Guardian.  [By Mee-Lai Stone]  “A new book showcases self-taught photographer John Alinder’s extraordinary and compelling portraits, discovered in the 1980s, of his Swedish neighbours – revealing their humanity and his artistic brilliance.

From the 1910s to the 1930s, John Alinder portrayed the local people of rural Sweden, the landscape around them and their way of life. Alone, in pairs or in groups, the people stand facing the photographer’s camera. John Alinder: Portraits 1910-1932 is out this month. The first major exhibition of his work is showing at Landskrona Foto, Sweden. “

Cross-posted from The Guardian.  [By Mark Brown]  “Jennifer Hudson, St Vincent and other music stars also feature in touring-themed photoshoots conceived by rocker-photographer.

Images of recording artists including Cher, Iggy Pop, Jennifer Hudson and Grimes will feature in one of the world’s best known photographic commissions.

For the 2022 Pirelli calendar, the rock star and photographer Bryan Adams has captured superstar singers as if they were touring – precisely what they have been unable to do for more than a year.

Adams had planned a different project for the 2021 calendar but that was shelved because of Covid. When Pirelli approached him again he pitched the idea of touring.”

Cross-posted from Wonderful Machine via ProPhoto Daily.  [By Craig Oppenheimer]  “I consult with photographers daily about developing estimates for projects big and small. Once we put the finishing touches on an estimate and are ready to submit it to a client, we often deliver it as a two-page PDF — the estimate on one page, and the Terms & Conditions on the other — attached to an email containing a delivery memo. In most cases, this is what’s expected, but there are occasions where you’ll want to go the extra mile by including more detailed information in the form of a treatment.

I’ll often recommend this approach to a photographer when the project requires a substantial financial commitment from a client. It can also be a great tool to convey a higher sense of professionalism or supply additional information that may be difficult to elaborate on within the estimate. Treatments are sometimes lengthy, but they can also be a simple, sophisticated way of delivering said additional information.

Regardless of how simple or detailed you want to make your treatment, I’d recommend that you include a few basic elements at minimum:”

VIDEO: Fragments of a Life: A Curbside Mystery

Cross-posted from The New York Times via Deborah Gilbert’s Develop Photography Newsletter.  [By Deborah Acosta]  “A quest to solve the mystery behind an abandoned bag of photo slides found on a New York City street corner leads the reporter Deborah Acosta and her audience to uncover truths about life, love, and loss.”

Cross-posted from blind.  [By Miss Rosen]  “Now 86, Lorraine O’Grady receives her proper due with her first museum retrospective, “Both/And” and two new books.”

“Like a cat with nine lives, Lorraine O’Grady has lived to tell the story, her work a testament to the complexities of being an intellectual who understands questions will rake us farther than answers ever could. As one of three Black women in Wellesley College’s 1955 class of 500, O’Grady has been the consummate insider-outsider throughout her life. She worked as an intelligence analyst for the U.S. government, a rock music critic for Rolling Stone, and a literature instructor for the School of Visual Arts before taking the plunge into art, and creating a space for Black women in a world where they have been by and large misrepresented, marginalized, or erased.”

Sovereign Among the Queens

Cross-posted from Beside.  [Text—Eugénie Emond, Photos—Nicolas Gouin]  “n the heart of the Québec Appalachians, Maggie Lamothe-Boudreau raises queen bees and sells them to beekeepers across the province. Her little-known work is crucial to our food sovereignty.”

“Beekeepers need queens in early May to start new hives or to replace those that died over the winter due to pesticides or temperature fluctuations. They ensure the pollination of blueberry plants first, then of the crops that follow: cranberries, cucurbits, buckwheat, apples, and more. Though few of us know it, a third of what we eat depends on bees. Each hive contains a queen bee, whose sole task is to lay eggs, ensuring the renewal of the colony. ‘Though we call her the queen, she doesn’t hold a managerial role. The work is done collectively,’ explains Lamothe-Boudreau.”

“In a field near Arvin, at the southern end of California’s San Joaquin Valley, dozens of workers arrive at 5:30 in the morning. It’s already over 80 degrees, and by midafternoon the temperature will top 114 degrees, according to my iPhone.

Is this heat normal? The southern San Joaquin is a desertlike pan between the high Sierras and the Pacific Coast ranges, whose rivers have been diverted into giant irrigation projects. High temperatures are the norm. In 1933 the thermometer reached 116 degrees on July 27. The high this past July was 112.”

Cross-posted from The Public Domain Review.  [By Frederica Soletta]  “ne day, in a thrift store in Brooklyn, I found a box full of old family photographs. I felt immediately the reality of the people depicted, and with that sense came many questions, along with a churning curiosity about their lives and deaths. Old photographs often work that way. But here there was something else, too. Something that caught my attention — something perhaps unremarkable to an American eye but certainly unusual to a foreigner like me. My punctum, in these images, had the shape of a rigid frame, a structural element present in many of the photographs, although never as the main actor: the American porch.”

Cross-posted from The New York Times.  [By Alex Marshall]  “When the Photographers’ Gallery opened in London in 1971, few saw the medium as suitable for exhibitions. Today, everyone does.”

“Chanarin, the 2013 prize winner, said that the gallery was ‘needed more than ever.’ Photography had “become a more complex and layered medium” thanks to smartphones and social media, he noted. Photographs now watch us and the choices we make, as much as we look at them, he added, pointing out that apps like Instagram log every image a user likes. Spaces like the Photographer’s Gallery are needed to explain the changing context of photography, he said.

Rogers agreed that the gallery’s role was vital in a time when ‘everybody thinks they’re a photographer.’ The challenge for the institution, she added, was to say, ‘Well, yes, but what makes a memorable photograph of the kind that lasts centuries?’

Despite all the changes, that sounded a lot like Sue Davies’s mission when she started the gallery 50 years ago: to bring exciting photography to the public and to make them want to come back for more.”

Christoph Wiesner: “Photography is About Storytelling”

Cross-posted from blind.  [By Jonas Cuénin] “The former director of Paris Photo is enjoying his first year as the head of the Rencontres d’Arles, in France. While the festival is focused this year on themes of identity and raises some topical issues, Christoph Wiesner shares candid thoughts on photography, its appeal, what it offers, and its usefulness.”

I’m quite eclectic. I like Sabine Weiss as much as Smith, Paul Graham, or Josef Koudelka. In fact, what I am looking for is an experience, I want the photographer to convey something to me. But I also like the experiment, a photo that is not necessarily a product that fulfills a generic canon. What motivated me to come to the Rencontres d’Arles was diversity. It’s in its DNA. We have a lot of leeway in this festival that one wouldn’t necessarily have in an institution.

Are art and politics, art and commitment, important today?

Yes, I think so. In any case, we can observe this right now. Many photographers claim that their photography is a form of activism.”