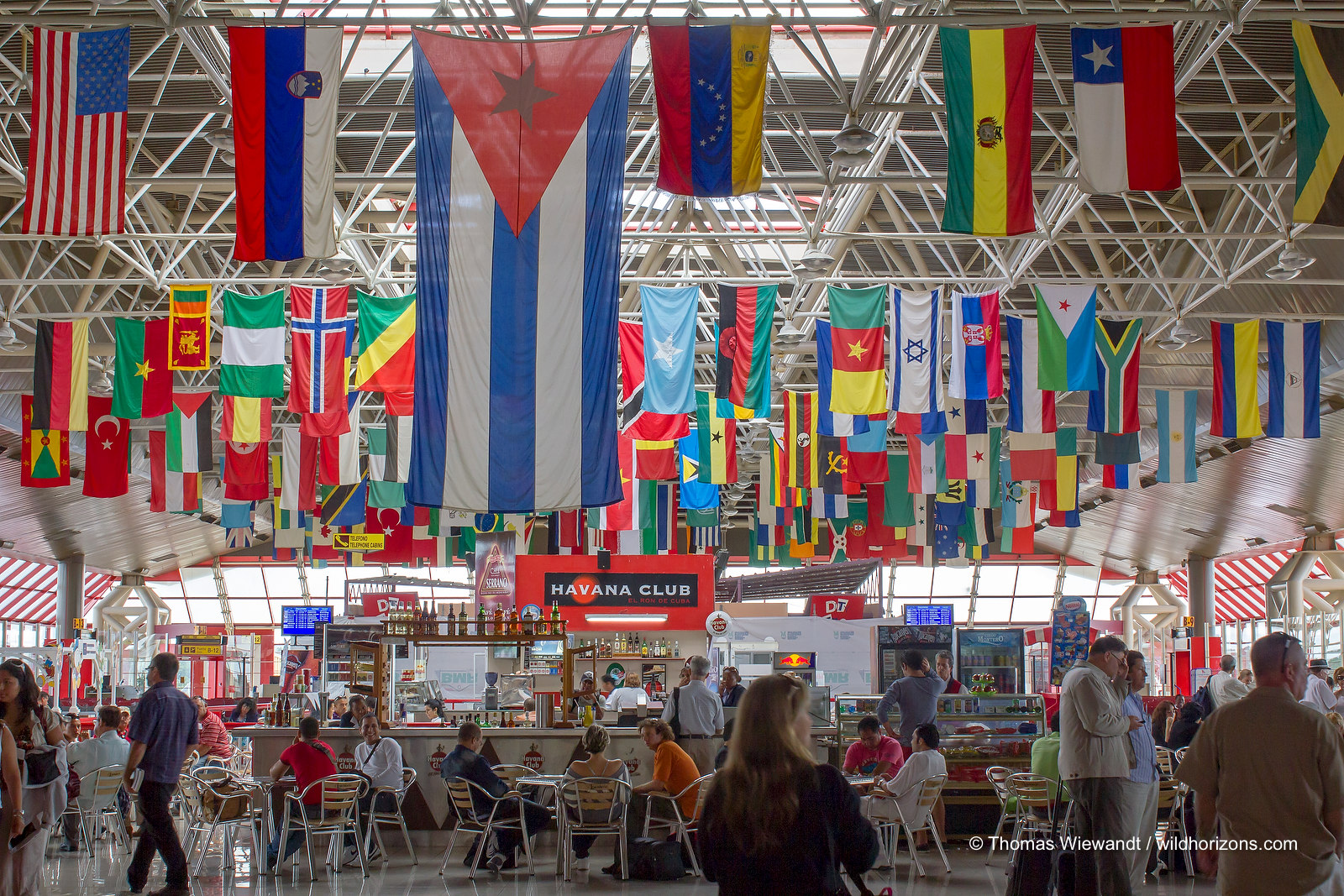 “Earlier this year, after President Biden announced that American troops would complete their withdrawal from Afghanistan by September, the photographer Kiana Hayeri set out to document the end of the 20-year occupation through the eyes of young Afghans, those who were raised after the U.S. invasion in 2001. Hayeri, who has been based in Kabul since 2014, knew that the future these Afghans had imagined for themselves would soon change; the question was how, and when. They grew up in a world with Facebook, Twitter, American movies and TV shows, a world of new freedoms and opportunities. They endured war and terrorism, poverty and dislocation, surviving uneasily under a corrupt government and the perpetual threat of suicide bombings. Yet they came of age with an increasing sense that they could determine the course of their own futures. Now they knew that would all be thrown into question. In the early summer, some of the young people she photographed were already trying to leave the country; others were continuing with their daily lives, waiting anxiously for what would come next. None of them expected how swiftly and drastically their lives would change.”

Cross-posted from blind.  [By Miss Rosen]

“In 1955, Ernest Withers was the only photographer to document the entire Emmett Till murder trial — the brutal lynching of a 14-year-old boy that would ignite the Civil Rights Movement in the South. Withers, who traveled with Dr. Martin Luther King Jr., photographed the Civil Rights’ leader’s work from his first major initiative, 1956 Montgomery bus boycott to his last, the 1968 Memphis sanitation workers strike where the workers famously carried signs bearing the words “I Am a Man.” He also photographed the Little Rock Nine, a group of Black students who integrated Central High School in Little Rock, Arkansas in 1957, as well as the funerals of Civil Rights leader Medgar Evers in 1963 and Dr. King in 1968.

In the 2019 book, Bluff City: The Secret Life of Photographer Ernest Withers, author Preston Lauterbach wrestles with Withers’ complex legacy. Without Withers here to share his side of the story, Lauterbach shared his doubts in an interview with The Intercept, asking, ‘You have to wonder, was Withers masking? That is, was he telling the FBI what it wanted to hear?’”

Cross-posted from LenScratch.  [By Michael Honegger]

“Craig Easton’s multi-year project, Fisherwomen, is a fascinating combination of portraiture, landscape and a touch of photographic iconography that harkens to past centuries yet feels exceedingly contemporary.  Easton mines the visually rich milieu of the fisherwomen of Britain both in an historical context as well as with an updated view of a profession that has withstood the shifting mores of culture and industry. His brightly colored portraits of the women currently working behind the scenes as fisherwomen are juxtaposed with more somber head shots of women who came before them in the profession that he defines as “heritage”. The gnarled hands of the veteran retirees serve as symbols of a rough tradition that demanded much of these women as they traveled with the fishing fleets from the far north of Britain to a series of ports in the south.  Easton captures this “Journey” in the third phase of his project with dramatic black & white landscapes that depict the various ports of call along the way”

“I have worked in and around fishing communities for a long time and was aware of the great history of women in fishing from novels like Neil Gunn’s ‘The Silver Darlings’, the paintings of Winslow Homer, John McGhie and others and of course from the photographs of Hill & Adamson. Indeed, the Hill & Adamson calotypes of the Fisherwomen of Newhaven made in the early to mid 1840s are widely considered to be the first social documentary photographs ever made. So, I was aware of the representation of women in fishing and that in the past they had been the central characters of the paintings or photographs or novels and then it occurred to me that the portrayal of fishing in the last hundred years or so had been dominated by pictures and stories of men: the heroic guys going out to sea on trawlers to harvest the fish.”

“Absolut Cuba is Raúl Cañibano‘s declaration of love for his native country. His surprising, caring, yet incredibly precise, take and his lightening-fast, instinctive and gripping intellect let him capture moments that might seem totally familiar: normal everyday life in urban or rural settings. This makes him one of the most gifted photographers in Latin America. His project Tierra Guajira pays tribute to Cuban farmers in an almost anthropological approach – tracing his own childhood in the east of the country. Raúl Cañibano combines it with pictures from his series Ciudad, Fe por San Lázaro and Ocaso to let us sense the heart and soul of Cuba. His images are truthful and convey a sense of identity. They are filled with tradition, happiness, tragedy and magic.”

“His photographs are published across the world in magazines and shown in major museums of photography and at the most prestigious festivals like the Recontres de la Photographie d’Arles. He is a member of the Unión de Escritores y Artista de Cuba (UNEAC) and the Fondo Cubano de la Imagen. Public collections in Cuba, like the Museo Nacional de Bellas Artes, have acquired works of his as has the International Center of Photography (ICP) in New York. He was awarded the Grand Prix of Cuban photography.”

Hafiz: Guardians of the Qur’an

“In Turkey, many teenage Muslims are sent by their families to religious schools where they are taught to memorize the Qur’an. In these single-sex, largely residential schools which range in size from 50 students to 600, young people spend an intensive period of three or four years on their religious education. It was on her return to such a school, with her Hasselblad camera in hand, that Sabiha Çimen discovered her artistic voice. Titled Hafiz: Guardians of the Qur’an, Çimen’s ongoing project—and her most significant to date— captures students in attendance at several girls-only Qur’an schools throughout Turkey, weaving its emotional narrative through collected vignettes of the daydreams, trivialities, quiet rebellions and melodramas of youth.

Voted in to Magnum Photos as a nominee in July, Çimen has collected numerous photography prizes this year: winning the Canon Female Photojournalist Grant, receiving second prize in World Press Photo’s 2020 Photo Contest, and being elected as a finalist for the W. Eugene Smith Memorial Grant. In 2018, she was a participant on the World Press Photo Foundation’s Joop Swart Masterclass program, and won third prize in the PH Museum’s Women Photographers Grant scheme. Despite these numerous accolades, Çimen didn’t initially intend to become a photographer, beginning her university education at business school, as she explains in a Q&A with us here. Çimen speaks to us about the allure of returning to and documenting a rarely-seen world, working with nostalgia in her images, and drawing on psychological connections with the subjects of her photos to create her visual ‘autobiography’”.

UMG Seems to Think it Copyrighted the Moon

Cross-posted from PetaPixel.  [By Michael Zhang]

“British filmmaker Philip Bloom recently filmed the Moon during sunset Skiathos in Greece. After sharing it on social media, he was surprised when the video was blocked due to a claim by Universal Music Group, which claimed copyright to the generic shots of the Moon.”

“Soon after the video was uploaded, Bloom was met with a notice stating: ‘Your video is blocked and can’t be viewed in 249 locations.’”

Sharp Shooters – The Photographers Who Put West Africa Into the Frame

“Renown beyond Africa may have arrived late for [James] Barnor, but his reputation now seems assured; he is part of that generation of mid-century photographers across West Africa whose work has come to represent the new reality of the post-colonial moment. In Mali, there was Seydou Keïta (1921–2001) – whose careful choreographing of costume and backdrop, snazzy patterns combining with artful casualness to communicate style and poise, established him as the chronicler of modern, sophisticated Bamako – and his younger contemporary Malick Sidibé (1935–2016), who depicted teens at nightclubs, or sunbathing by the riverbank, in similarly meticulous compositions. In Senegal, Mama Casset presented Dakar after the war as a languorously glamorous city; while in Kinshasa, Jean Depara recorded the pleasures of everyday life with his images of dancehalls and swimming pools.”