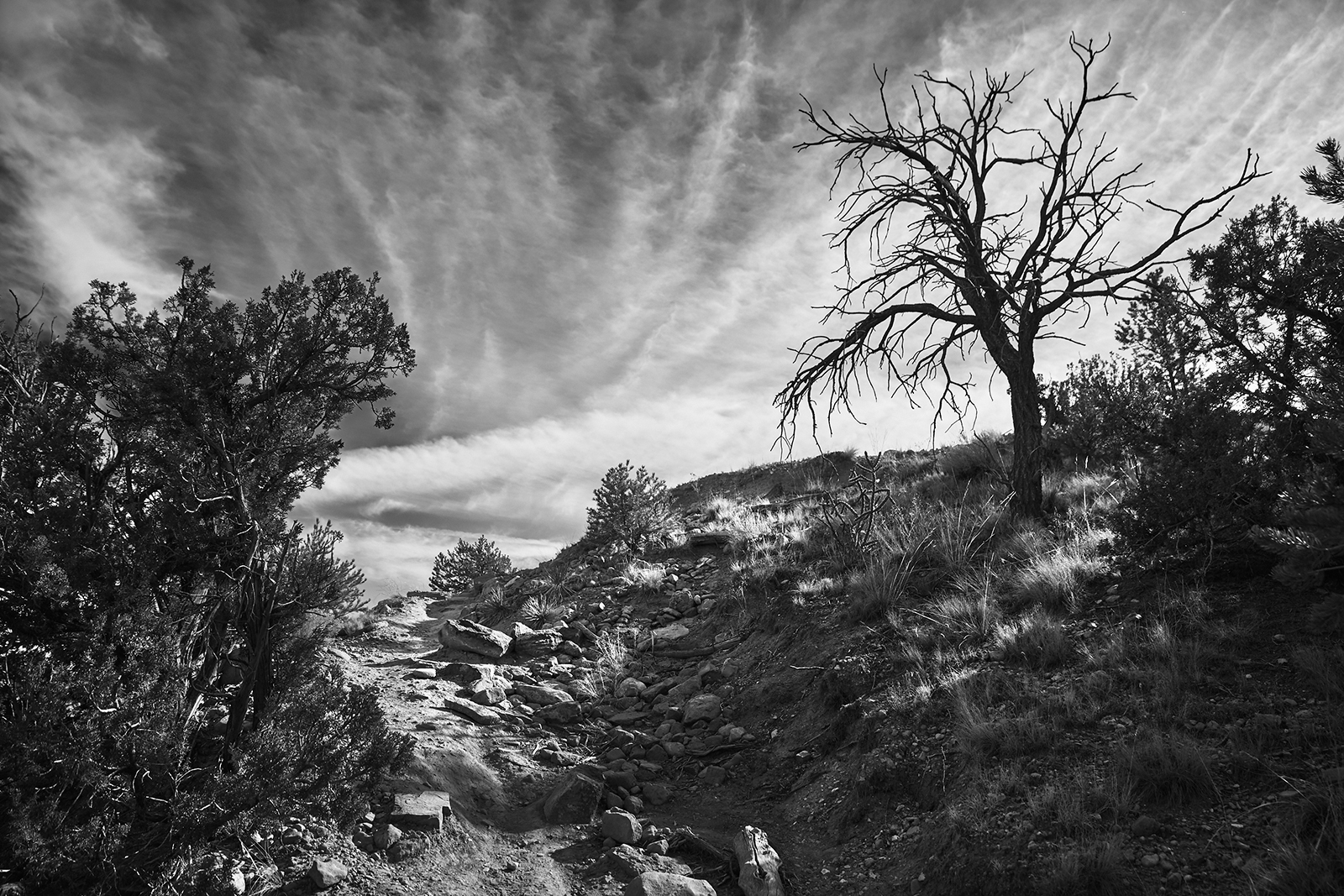 Cross-posted from AG 23.  [By Jan Butchofsky]

“What does it mean for a young Native American girl to come of age? Is the ceremony a kind of guidebook to maturity? I had no idea how to answer these questions when I was invited to photograph for the family the sacred and private Coming of Age Ceremony.”

“As a photographer I am honored to help preserve the Mescalero heritage through the imagery. I am blessed to witness the intimacy of family, friends and community.”

It’s unclear if I can answer the questions I first posed. The words whispered into the maiden’s ear by her medicine man and woman were not for my ears. The songs, not in my tongue. But the images show the commitment of a community to help these young girls grow into strong Apache women, keepers of the tribe.”

Gregory Halpern on the Impossibility of Documentary Photography

Cross-posted from Aperture.  [By Stanley Wolukau-Wanambwa]

“Reflecting on his series based in the contemporary social landscape of Guadeloupe, the photographer speaks about his process, personal history, and the politics of representation.”

“It’s always hard photographing people, though, even when you speak the same language. I’m pretty introverted, and I usually still have to work up the nerve. I tend to approach people in a sort of formal way—respectful, positive, honest, and direct about what I’m doing. I’m always aware of what a huge ask I’m making. I’m aware of the skepticism I’d feel if a stranger approached me on the street asking for a portrait, and that’s always in the back of my mind. And I carry a little laser-printed card that I hand to people, so they know how to reach me if they want copies of pictures. A lot of people don’t follow up, but I think the gesture is appreciated nonetheless.”

Oleg Videnin: Photographs from My Heart

“Who are the people in your photographs?

Most are strangers that I meet on the street. I used to wander around on foot in search of subjects, but later I found it more productive to drive around, methodically circling the alleys and crossing the fields. I have learned how to find what I am looking for. Of course, I have also photographed people I know, but really what I want to do is find photographically interesting subjects that I do not know.

You have a distinctive style of portraiture – traditional, but precise and authentic. How do you go about making a portrait?

Many people think that I spend a long time talking with my subjects so that I can somehow ‘reveal their inner world’. This is not the case. Perhaps it is a personal idiosyncrasy, but I have long understood that, for me, talking with a person I want to photograph does not get them to open up. On the contrary, they tend to close down; they start ‘performing’ rather than being natural.

It takes me less than three minutes to make a shot, sometimes much less. People going about their business don’t have time for self-reflection and I do not seek to reveal their ‘inner world’. I am a photographer, nothing more. I need just the shortest time to create an image that will satisfy me. I guide the subject using my facial expressions, some words (later I cannot remember what because I am concentrating wholly on making the image). The picture made, I say “thank you” to the person and they continue on their way.”

Documenting a Wildfire When It’s in Your Backyard

Cross-posted from The New York Times.  [Photographs and Text by Max Whittaker.

“After years covering California’s wildfires, a photographer experienced the event from the other side of the lens.”

“We were not naïve to the dangers of living in the forests of the increasingly dry Sierra Nevada. I’ve photographed wildfires for The New York Times and other news outlets for 20 years. I covered the Tubbs fire in Santa Rosa in 2017 and the Camp fire in Paradise in 2018. Seeing the aftermath of the Tubbs fire was the real eye-opener. It jumped six lanes of Highway 101, burning through strip malls and destroying the Coffey Park neighborhood. To me, it showed that nowhere in the West is truly safe from wildfire. But for my family the trade-off was worth it.”

Cross-posted from PetaPixel.  [By Michael Zhang]   “Sonoma Raceway has sparked a backlash from photographers after issuing new photography guidelines yesterday that many are calling an egregious case of a photography rights grab.”

“The document states that photographers who obtain a vest and photo access must:

What Is LTO? And, When Do You Need It?

ive capacities, up to 18TB in size, and the drives are low-cost. However, hard drives have some serious drawbacks: potential for mechanical failure, fragile components, weight, heat generation, and limited overall shelf life of approximately seven years. Think about how devastating it would be to lose 18TB of data at once from a single failure! While hard drives remain an excellent choice for storage for current projects, they are not ideal as a long-term solution.”

“Linear Tape-Open, or LTO for short, is a tape-based data system specifically designed to store and retrieve files. LTO media offers massive storage capacities, with the current generation holding 12TB per tape. The tapes themselves have a shelf life of over 30 years. “

Cross-posted from The Art Newspaper, The Hollywood Reporter, and The Illusion of More.  [By Daniel Grant, Eriq Gardner, and David Newhoff]

“An independent film producer and director in Fayetteville, North Carolina, whose claims of copyright infringement against that state were seemingly quashed by a 2019 ruling by the US Supreme Court on the basis of sovereign immunity, has seen his case revived. In an 18 August decision, a North Carolina district court ruled that the high court did not consider whether the actions of the state violated the film-maker’s constitutional rights under the 5th and 14th amendments, which protect property rights and due process.

Starting in the 1990s, the director Rick Allen filmed the salvaging operation on an 18th century pirate ship that had run aground at Beaufort, North Carolina in 1718. Almost 20 years later, the State of North Carolina took one of Allen’s still images and videos and posted them on its tourism website and social media pages. The state justified its actions by claiming Allen’s photographs, video recordings and other documentary materials were “public record”. It also pointed to the 11th Amendment to the US Constitution, which grants states immunity from lawsuits by citizens for monetary damages, meant to allow government employees to do their jobs without an overhanging fear of litigation.’

‘The Voices of U.S. Troops’: Portraits of Afghan Interpreters

Cross-posted from The Washington Post Insight blog.  [By Louie Palu]

“Some of the most memorable experiences I had as a photographer covering the conflict in Afghanistan were my evenings spent with Afghan interpreters over tea. Our conversations usually centered on the patrol or battle from the past day and the dreams they had of making it, one day, to the United States or Canada.

Over countless refills of tea, I learned about their lives. They came from nearly every province in Afghanistan, and most were in their early 20s, growing up in a changing country following the ouster of the Taliban. As a photographer seeking to understand the perspective of Afghan civilians, I had to spend a lot of time with these interpreters on my embeds with Canadian and American troops. Over the years, I got to know many of them.”

Hiro, Fashion Photographer Who Captured the Surreal, Dies at 90

Cross-posted from The New York Times.  [By Robert D. McFadden]

“He juxtaposed the mundane and the exotic, transforming ordinary objects into the desirable — an approach he took in his still-life images as well as in fashion.”

“He exhibited at galleries in New York, London and elsewhere. His work is in the permanent collections of many museums and galleries, including the Boston Museum of Fine Arts, the National Portrait Gallery in Washington, the George Eastman Museum in Rochester, N.Y., and the Victoria and Albert Museum in London.

It has also appeared in many books, including ‘Hiro: Photographs,’ assembled by Mr. Avedon and cited by Andy Grundberg in The New York Times Book Review as one of the best photography books of 1999.”

Cross-posted from The New York Times.  [By Aruna D’Souza]

“Daguerreotypes by James P. Ball, Glenalvin Goodridge and Augustus Washington are the centerpiece of a collection that could rewrite the early history of American photography.”

“The group of 286 objects, dating from the 1840s to the mid-1920s, includes a cache of 40 daguerreotypes made by three of the most prominent Black photographers of the 19th century, James P. Ball, Glenalvin Goodridge and Augustus Washington, making SAAM’s the largest collection of such work in the country, and surpassing the 26 daguerreotypes by these photographers at the Library of Congress, the museum said”.

“What trends in advertising are you most interested in?

The long-term efforts driving meaningful change that makes sense for brands. We’re in the middle of a societal reckoning, between the health crisis, politics and racial injustice. When I look at efforts like the CROWN Act, a law that prohibits discrimination based on hair texture and hairstyle and championed by Dove and the Crown Coalition, I am overwhelmed by the purpose and power of brands. Not every idea has to be purpose-driven, but it has to be made with purpose. How can your brand create a long-lasting and purposeful positive impression on society?

What are some of the challenges and rewards for women of color working at high levels in the creative industry?

My challenges and rewards stem from the same thing: being sought after for being a woman leader of color. I have been humbled by the acknowledgement of my role in a leadership position—not only for the point of view I bring to the table, but also in how I understand and champion the points of view of others, regardless of race, gender and age. It’s an unbelievable responsibility to be heard, and I want to use my time in this role to not only talk about meaningful change but also lead by example. On the flip side, I often get requests for participation in various capacities, and I can almost always tell when the decision is purely about representation and not necessarily about who I am as a leader or my point of view. As an industry, we are definitely headed in the right direction, but it’s going to take time for it to not just be a trend.”