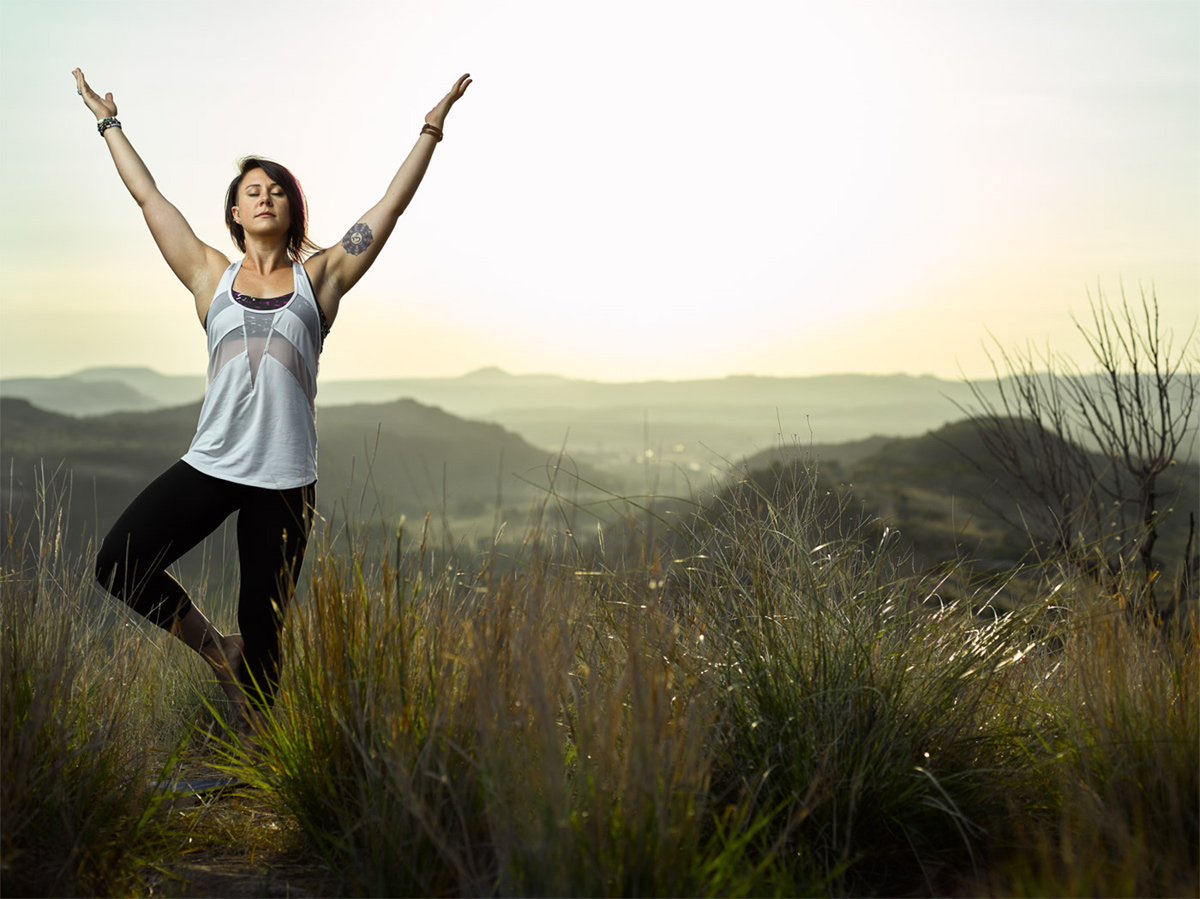 Cross-posted from The Eye Of Photography.  “Dust, is a documentary project by Patrick Wack on Uighur communities to be published by André Frère Éditions.

DUST brings together the fruit of four years of work by Patrick Wack in the Central Asian region known as East Turkestan or Xinjiang Uyghur Autonomous Region, its official Chinese name.

In recent years, the region has seen the Turkish Muslim populations undergo a policy of massive imprisonment, planned and organized by the Chinese authorities. The photographer’s work begins at the turn of this historic break, offering a visual portrait of the region before, then during its descent into the “Orwellian” dystopia that we now know.

Between 2016 and 2017, Wack spent more than two months in Xinjiang to produce his series Out West, his first documentary project on the region. When the first reports appeared in 2018 on the emergence of a concentration camp system, he decided to go there again, which he would do twice, in 2019, to produce his second project in the region, The Night Is Thick. This second report is a dive into the life of the Uyghur minority, the victim of increased and now systematic repression, alongside the obscene growth of Chinese-Han tourism in the region.”

A Walk in Over-The-Rhine with Maddie McGarvey

Cross-posted from Walk It Off via NPPA.  [By Isaac Fitzgerald]   “What I really enjoy is observing people. Documenting people’s daily life. And that takes a lot of time. And there’s trust involved. These people will be shown in national media, in front of millions of people. So my job is to put them at ease. And I try to open up to them, in the same way that they’re opening up to me. I think that’s only fair. I don’t like to rush things. So I take the time to get to know the people I’m documenting. Because it’s a weird thing. “Hey, can I take photos of you while you’re getting ready for bed?” That’s a weird thing. So it takes time—to build a trust. Because trust is a huge part of it.”

Bourdain, My Camera, and Me

Cross-posted from Vanity Fair.  [By Melanie Dunea]  “The photographer behind one of the most indelible images taken of the late chef remembers their friendship—and the way it evolved over time.”

“This day, I knew I had to be early. Tony Bourdain might have been known as a badass and truth speaker but he was always early. I was shooting for My Last Supper, my first solo book. Tony’s would be one of 50 images in a project meant to mark a moment in history. All around me, chefs were coming out of the kitchen and becoming hot-shit celebs. I would ask each of them the same six questions and then photograph them. I had imposed no rules upon myself for this project, no must-dos. This was a relief from executing clients’ and art directors’ visions. I only wanted to push myself creatively. My wish was that each photograph reflected who the chef was at the moment they stood in front of me.”

Cross-posted from Reuters.  [By Blake Brittain]  “In a dispute over a video of a starving polar bear, a Manhattan federal court on Friday rejected Sinclair Broadcasting’s argument that it and its affiliates couldn’t have infringed the copyright in Paul Nicklen’s video because they only embedded it on their websites from Instagram or Facebook.

In his decision denying Sinclair’s motion to dismiss, U.S. District Judge Jed Rakoff split from the 9th U.S. Circuit Court of Appeals on its controversial server test, also known as the server rule, that says a website can only infringe a copyright by displaying an image if it also stores a copy on its server, finding the rule contradicts the Copyright Act.”

Cross-posted from The New York Times.  [By Alex Vadukul]  “To those who rushed past Mr. Forss on Midtown Manhattan sidewalks, he was just another street peddler. But that all changed in 1980, when the renowned photojournalist David Douglas Duncan encountered him near Grand Central Terminal and was riveted by his work. A former staff photographer for Life magazine, Mr. Duncan decided to use his influence to promote Mr. Forss.

Mr. Duncan published a photography book, ‘New York/New York: Masterworks of a Street Peddler,’ through McGraw-Hill in 1984, and it made Mr. Forss a sensation. ‘Astonishment, disbelief, excitement, confusion and admiration held me captive while my eyes swept the vendor’s display of prints on a sidewalk,’ Mr. Duncan, who died in 2018, wrote in the introduction.

The dust jacket carried praise from Henri Cartier-Bresson, Gordon Parks and Norman Mailer. Ansel Adams was taken by Mr. Forss’s high-contrast image of the Rocket Thrower sculpture in Flushing Meadows Corona Park. He wrote, ‘I have seen no photographs of recent years as strong and as perceptive.’”

What Old Money Looks like in America, and Who Pays for It

Cross-posted from The New Yorker Photo Booth.  [By Chris Wiley]  “Buck Ellison serves bluebloods up for public scrutiny as only one of their own could.”

“Ellison, who is based in Los Angeles, almost exclusively hires local actors and models to play the ersatz bluebloods who populate his pictures, and he inserts them into rigorously stage-managed scenarios that he devises beforehand. (A notable exception to the rule is the series of photographs he made of a women’s lacrosse game between the tony Connecticut prep schools Taft and Hotchkiss, whose players exude a martial intensity that will no doubt serve them well in the corporate boardrooms and white-shoe law firms of their futures.) This contrivance separates Ellison from other run-of-the-mill society portraitists and life-style photographers, as well as from the upper-crust chronicler Tina Barney, with whom Ellison is often superficially compared. Ellison goads us to contemplate not just the existence of an American ruling class, with its idiosyncratic and easily satirizable mores and style codes, but the invisible lineaments of wealth, power, and race that undergird its existence.”

Cross-posted from blind.  [By Bill Shapiro]  “A new book (and exhibition) looks at the master photographer’s relationship to Paris—the city he loved, left, and returned to again and again.”

“Paris Revisited, an enlightening deep dive that accompanies a long-planned exhibit at the Musée Carnavalet in Paris, offers a way to think about Cartier-Bresson’s singular relationship with the city of Paris. Edited by Agnès Sire, who has been the artistic director of the Henri Cartier-Bresson Foundation since it opened in 2003, and Anne de Mondenard, a photo historian and the head of photography at the Musée Carnavalet, the book features 235 photos (and illustrations) that Cartier-Bresson made in Paris, including some seldom seen and others never before exhibited, as well as insightful essays about, among other topics, his portrait work and the liberation of Paris from the Nazis. Amid the photos of Parisians smoking, kissing, working, and protesting, the book also quietly, implicitly asks its photographer-readers to consider the ways in which their own city might have shaped not only how they create images but also the every way in which they see.”

Cross-posted from AnOther.  [By Belle Hutton]  “As his newest book, The British Isles, is released, Jamie Hawkesworth remembers his trips up and down the country, and shares stories behind five photographs from the publication”

“…Hawkesworth’s work has permeated the worlds of photography and fashion: his celebrated book Preston Bus Station was published in 2015, he’s held solo exhibitions in London and beyond, and collaborated with brands like Alexander McQueen, JW Anderson, Loewe and Miu Miu. “Recently I realised that I’d never really looked at what I’d taken in Great Britain,” he says. “They were all just kept in a box.” Those published in The British Isles were chosen from around a thousand, he thinks. One portrait bears the signs of a young photographer getting to grips with the medium – small marks on a black and white print signalling film damage, as he explains later, only noticeable once pointed out – but the far-reaching collection is recognisably Hawkesworth, with the hazy warmth and sun-drenched palette he’s known for.”

What Is The Difference Between Copyright, Patent, and Trademark?

Cross-posted from The Copyright Alliance.  “Copyright, patent, and trademark are all different types of intellectual property (IP). Although the three types of IP are very different, people often confuse them.

A brief description of copyright, patents, and trademarks, including a brief discussion of how these forms of IP differ from copyright, is provided below.”

Cross-posted from The New York Times.  [By Arthur Lubow]  “At Cartier-Bresson’s invitation, Larrain in 1959 joined the Magnum cooperative of photojournalists, based in Paris. It had been his dream to be a member of this elite group. Like most of his ambitions, he found the taste bitter once achieved. In 1965, writing from Potosi, Bolivia, where he had gone on his own initiative with only a minor assignment, he informed Cartier-Bresson, ‘I feel that the rushing of journalism — being ready to jump on any story — all the time — destroys my love and concentration for work.’

Even more than to Cartier-Bresson, whom he loved and revered as his mentor, Larrain in his art bears a resemblance to another great photographer, Robert Frank. The year he was invited to join Magnum, Larrain was in London, where Frank had photographed seven or eight years before. (Interestingly enough, they also both took pictures in Peru; to my mind, Larrain’s are far superior.) Both men documented in London the processions of bankers, with their bowler hats and brollies; the crowds of working people, carrying coal or geese; and most of all, the fog, which powders their black-and-white prints. They sometimes composed their scenes by using windows that framed and obscured their subjects.”

Cross-posted from The Illusion of More.  [By David Newhoff and Steven Tepp]  “In this post, I wrote about some of the difficulties that U.S. formalities present to many independent creators–difficulties highlighted in the case Unicolors v. H&M. I cited a paper written by Steven Tepp for the Professional Photographers of America (PPA) and mentioned that I would follow up with a podcast to delve a little deeper into the subject of formalities–those pesky, administrative details that sometimes confound independent authors trying to protect their works under copyright.

VIDEO and ARTICLE: ‘We Must Be Smart Enough to Survive’: Photographer Sebastião Salgado Sees the Bigger Picture

Cross-posted from CNN.  [By Thomas Page; video by Stefanie Blendis]  “When you know Sebastião Salgado studied economics, something clicks in the great photographer’s work. All the dots join up: the goldrush in Brazil, the oil fires in Kuwait, the famine in Ethiopia — economics as an inescapable force, shaping lives and bending the planet to its will.

Except the planet will only bend so much. At some point it must break. Salgado, who spent much of his first act as a photographer recording the tail end of a global industrial revolution, has devoted his second to capturing what could yet be lost should urbanization, rampant consumption, climate change and societal indifference go unchecked.

Deep into his seventies, Salgado is not letting up, turning his lens on his nation’s greatest treasure: Amazonia. According to his publisher it may well be the final project of this scale the venerable Brazilian undertakes.”