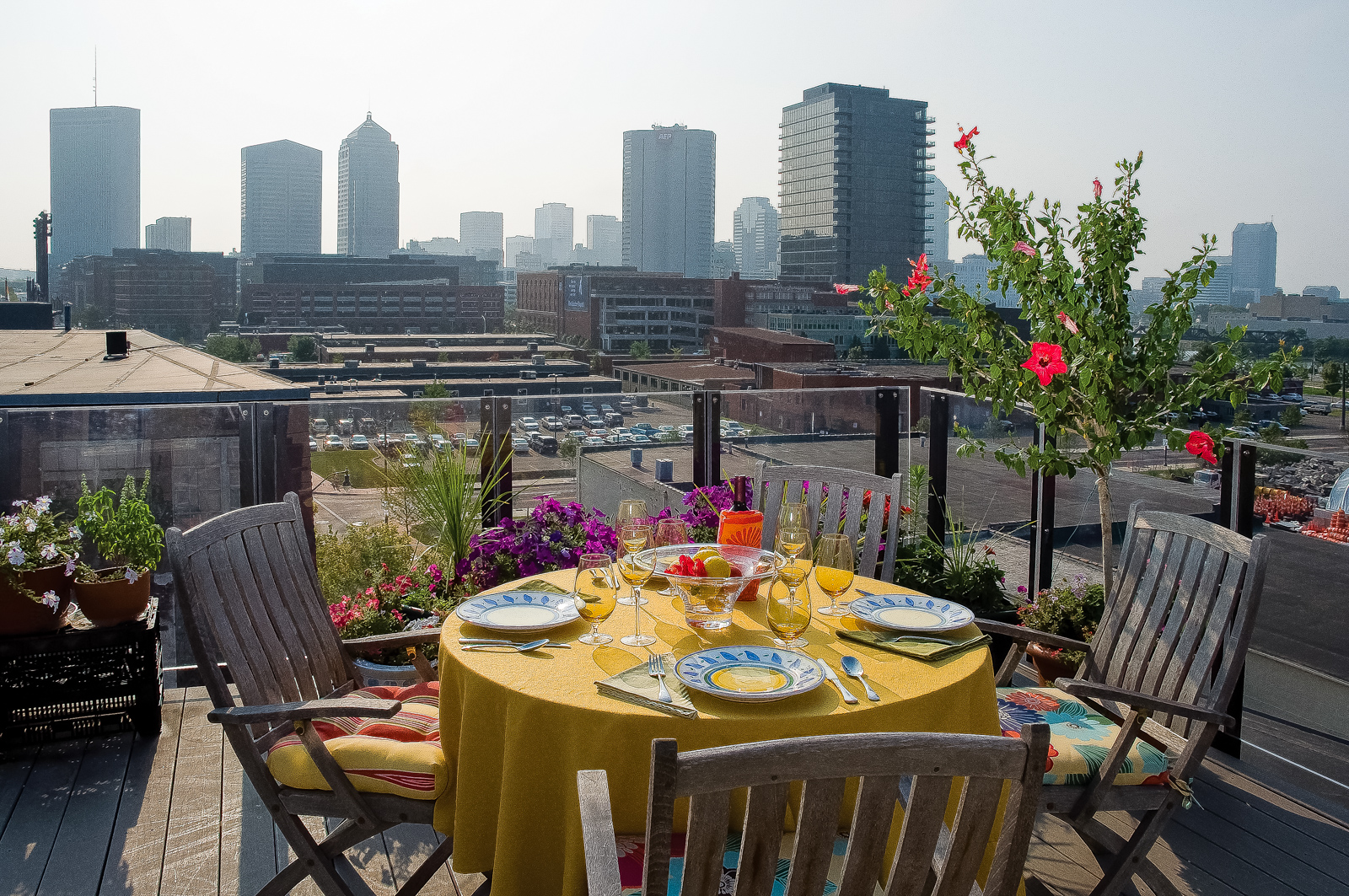 Cross-posted from aPhotoEditor.  [By Bryan Sheffield, Wonderful Machine]  ”Fees: This shoot was a part of a larger motion project being simultaneously produced by a video production company. The production company’s charge was to find a lifestyle photographer to create two 15-second environmental portrait videos of up to 3 talent directed into action. While the content creation seemed rather straightforward, the client was smart to seek a photographer with a strong portfolio of lighting and a proficiency of directing talent into joyful emotion, as well as capturing people in motion within a frame. Another need from the photographer was the ability to capture strong content in a very short amount of time due to the talent’s limited availability. On paper, the assets could be captured quickly, but the larger ongoing production and talent schedule meant we needed to estimate for two 12-hour shoot days to mirror the video production schedule. These combined needs put upward pressure on the fee.”

Cross-posted from PetaPixel.  [By Anete Lusina]  “A Canadian woman has raised concern after discovering that a photograph of her mother mourning at a memorial site is now sold and licensed through Getty Images.

Sunset John of Prince George, British Columbia, Canada, came across the photograph captured by photographer Mert Alper Dervis of Anadolu Agency back in May and licensed by Getty Images. The image shows her mother, Loretta John, mourning at one of several memorial sites set up in Canada following the discovery of gravesites of hundreds of Indigenous children at former Indian residential schools. One such site is in Vancouver, where Lorretta was unknowingly captured by the photographer during a quiet moment of grieving and praying.”

“The Johns say that even though they understand the legal defense of the photo, they still wish that the photographer had asked for permission and that the money made from licensing the image would go towards supporting the Indigenous groups”.

‘The Landscape Is A Witness’

Cross-posted from The Bitter Southerner.  [Aunjaneu Ellis Talks with artist Allison Janae Hamilton]  “Some artists make performative works, and that’s what they set out to do. But I never really set out to do it, it just happened, circumstantially, because I felt like I needed more characters until I came across this church. So I thought, OK, I will perform in front of this church. I’m actually kind of shy. So it wasn’t really in my nature to do it, but when you’re a photographer at heart, you will do what you need to do for your shot.

And the church definitely is still an influence. I have expanded my religious views, but that ritual and spiritual background is still an influence in my life. Especially the parts of the Black church which come from our traditional religions and all these things that I would hear my grandma, my aunts speak about or do that is not necessarily straight Christianity. So I’m always looking toward that ritual, especially as it connects to the land.”

Cross-posted from LenScratch.  [By Elizabeth Bailey]  “Awash with lush, rich imagery and poetic text, Rebecca Norris Webb’s book Night Calls, published by Radius Books, is a gorgeous homage to her 99-year old physician father and to Rush County, Indiana – the small, rural county where both were born and raised. Photographed mostly at night and in the early morning, Rebecca mirrored her father’s work patterns, as he was often called to patients during the twilight hours. Accompanying her imagery of liminal stillness, landscapes of disorienting beauty and hints of decay, and portraits of former patients are her hand-written musings; bittersweet recollections of history and family ties, and deeper questions she poses directly to her father…”

“Originally a poet, Rebecca Norris Webb often interweaves her text and photographs in her eight books, most notably with her monograph, My Dakota—an elegy for her brother who died unexpectedly—with a solo exhibition of the work at The Cleveland Museum of Art in 2015. Her work has appeared in The New Yorker, The New York Times Magazine, National Geographic, and is in the collections of the Museum of Fine Arts, Boston, Cleveland Museum of Art, and George Eastman Museum, Rochester, NY. An NEA grant recipient, Rebecca’s upcoming collaborative book with Alex Webb, her husband and creative partner, is Waves, will be released in early 2022.”

Our Strength Is Our People : The Humanist Photographs of Lewis Hine

Cross-posted from The Eye Of Photography.  “On view till August 2 at the Asheville Art Museum in Asheville, North Carolina, is Our Strength Is Our People: The Humanist Photographs of Lewis Hine. The show comprises 65 vintage prints from the private collection of Michael Mattis and Judy Hochberg. This moving and memorable exhibition is a concise survey of the life’s work of Lewis Wickes Hine (1874-1940), the father of American documentary photography. Trained as a sociologist at the University of Chicago, NYU, and Columbia University, Hine became a high school teacher at New York’s Ethical Culture School, a bastion of progressive education. At the time, the roiling political issue was immigration – much as it is today. Conservatives viewed immigration as a source of crime, disease, and the loss of America’s essential Anglo-Saxon character, whereas Progressives saw America as a melting pot, a beacon of light for foreigners escaping poverty and tyranny. Armed with a clumsy large-format view camera and magnesium flash, Hine took his students to Ellis Island in 1905 and put a human face on the ‘huddled masses yearning to breathe free.’”

Cross-posted from blind.  [By Miss Rosen]  “The celebrated Dutch photographer and multimedia artist looks back at his 40-year career that poses the age-old question, ‘What is real?’”

“In the new exhibitions ‘New Series: April Fool and In the Forest’” and ‘Strange Beauty’, on view in Munich, Germany along with a catalogue, Olaf revisits his archive, looking back over his 40-year career that explores meditative aspects of human emotion, motivation, and thought as well as pressing social and political issues facing women, people of color, and the LGBTQ+ community.”

Exploring the Relationship Between Keith Haring and Photography

Cross-posted from blind.  [By Miss Rosen]  “Artist Cey Adams remembers Keith Haring as he was – a friend, colleague, and pivotal figure on the New York art scene in the 1980s – and explains how photography was a precious tool to record their lives.”

“Haring, who understood branding long before it became de rigueur, quickly shot to the top with projects including the Public Art Fund’s One Times Square Spectacolor billboard series, collaborations with choreographer Bill T. Jones, as well as fashion designers Willi Smith and Vivienne Westwood. His work was also shown at the Whitney Biennial and the Venice Biennale. Through it all Haring maintained his commitment to making art for the people, creating the first major work at the now-famed Houston Bowery Wall and the Crack is Wack mural in Harlem — for which he was arrested on charges of vandalism in 1986.”

In Central India, A Photographer Documents the Persistence of Protest

Cross-posted from Aperture.  [By Amitava Kumar] “Ishan Tankha’s images of Maoist rebels show the unseen side of the insurgent movement in Chhattisgarh, affirming a measure of humanity for Indian citizens fighting for their land.”

‘Delhi-native Ishan Tankha is a regular observer of the power of the state and the persistence of protest. When I recently corresponded with him, he had been up since five AM, camera at the ready, following one of the leaders of the farmers protesting the new government laws that favor corporations. These farmers have been stopped from entering the capital; tens of thousands have camped at the Delhi border for months since the demonstrations began in November 2020.”

Cross-posted from The New York Times Critic’s Notebook.  [By Arthur Lubow]  “In Florence, Larrain encountered the pictures of Giuseppe Cavalli, an unjustly overlooked photographer for whom he felt a profound affinity. Cavalli was a poet of solitude and unblinking scrutiny. His still lifes call to mind those of Giorgio Morandi, whose contemplative paintings of ordinary objects in muted colors share a sensibility with the evenly lit compositions of Cavalli. The stillness Larrain responded to in the older Italian photographer characterizes his image of the two girls in the Pasaje Bavestrello and much of his work.”

“His pictures attracted the attention of Henri Cartier-Bresson, whose own photographs of children include many classics.

At Cartier-Bresson’s invitation, Larrain in 1959 joined the Magnum cooperative of photojournalists, based in Paris. It had been his dream to be a member of this elite group.

The Golden Age of James Barnor

Cross-posted from blind.  [By Brigitte Ollier]  “England pays tribute to James Barnor, born in Ghana in 1929. From his Ever Young studio, opened in Accra in 1953 to the chromatic years of Swinging London, two exhibitions retrace the itinerary of an intuitive man who never stopped believing in the power of photography.”

“James Barnor has just celebrated his 92nd birthday: the tribute might seem to be long overdue. Fortunately, it was preceded by the acquisition of sixty-nine prints, including a large portion of vintage images, by the Quai Branly-Jacques Chirac Museum, as well as by other exhibitions in his native country, Ghana, at the Nubuke Foundation last year, as well as in Paris, in 2015, at the Clémentine de la Féronnière Gallery. ‘He has a unique profile, an insatiable curiosity, and he’s a hard worker,’ emphasizes this enthusiastic gallery owner, a fixture at the Île Saint-Louis (since 2010), who published Barnor’s first book, Ever Young. ‘James was ahead of his time, a precursor with respect to other photographers around the world. His journey, spanning Africa and Europe, is unprecedented. His archives, comprising 32,000 negatives we have digitized, are historical in character, they’re a true heritage.’”

Barbara Davidson: I deep dive in research before I take on any assignment. It’s important for me to fully understand the story and think about visual ways I will tackle the assignment before I begin the process of undertaking a story. I make sure my camera bag is loaded with charged batteries, clear flash cards, and the specific gear I will be using for said assignment. The kind of story I’m undertaking will dictate the gear I use to tackle the story – so my camera bag changes up regularly. One consistent thought are my gummy bear candies.

Photojournalism News: How would you best describe your style of work? What are you trying to say with your photography?

Barbara Davidson: My photography is concerned with the human condition – usually in times of crisis – and my mission statement is to amplify voices traditionally marginalized. My work is centered on creating awareness about underreported social issues.”