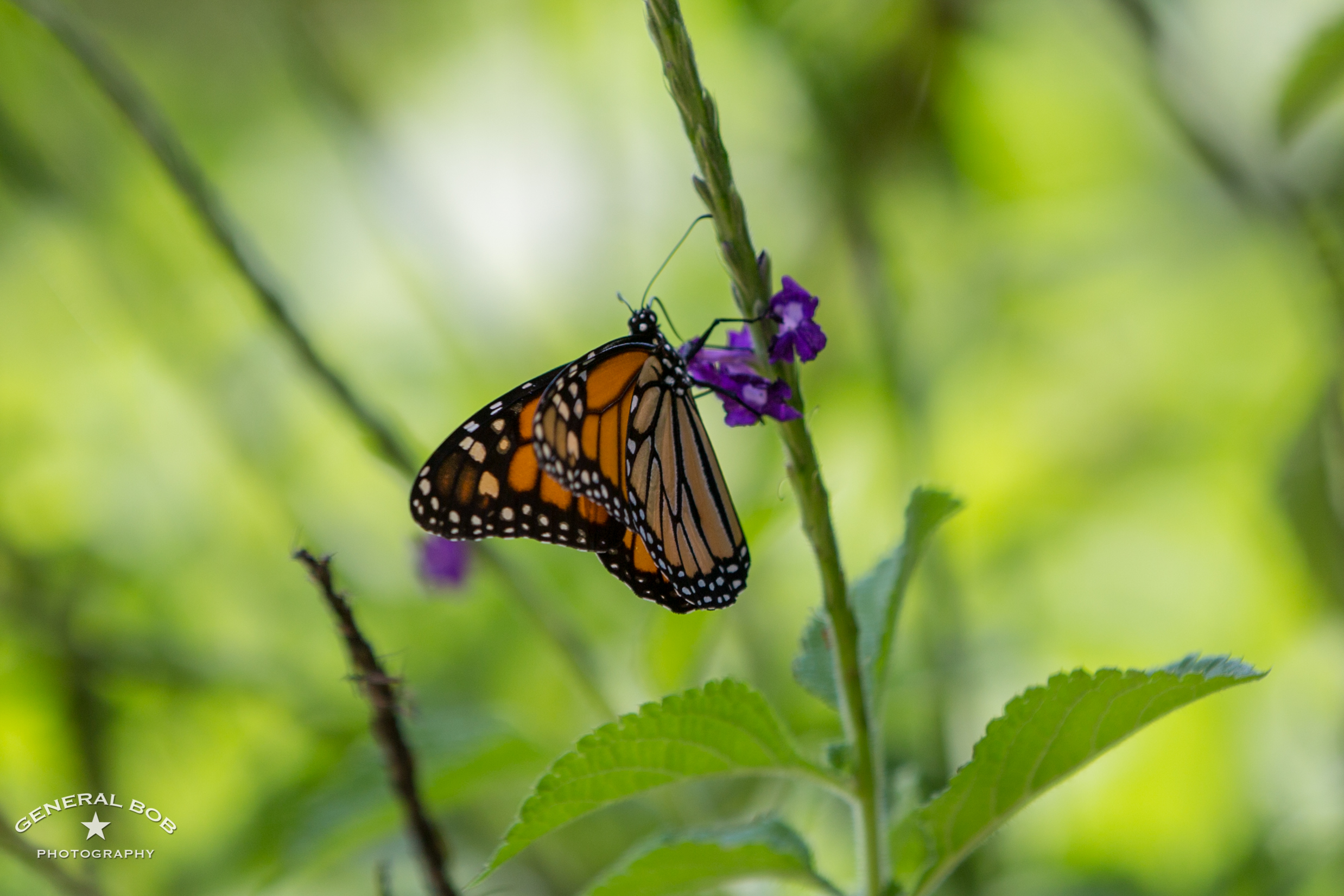 Instagram Shares How its ‘Algorithm’ Works in Surprising Detail

Cross-posted from PetaPixel.  [By Jaron Schneider]  “Most social media platforms shroud the idea of ‘the algorithm’ in mystery. Instagram appears to be breaking that mold as it has published a detailed blog that explains what its algorithm is and how it ranks feeds, Stories, Explore, and Reels.

Adam Mosseri, Instagram’s head, starts the lengthy blog by stating that he and the network want to do a better job of explaining how Instagram works with the goal of providing that information so that its users can better know if the platform is worthy of their trust. It’s a bold goal, but Mosseri says that he wants to dispel misconceptions about the platform and answer several questions like “How does Instagram decide what shows up for me first?”; ‘Why do some of my posts get more views than others?’”; and ‘How does Instagram decide what to show me in Explore?’”

The Anti-Nostalgia of Walker Evans

Cross-posted from The Nation.  [By Rahel Aima]  “A recent biography reveals the many contradictions of the photographer who fastidiously documented postwar American life.”

“Starting From Scratch is well researched, and Alpers’s heavily quotational approach provides the reader a wealth of material from Evans’s letters, lectures, published texts, and personal writings. It also provides an embarrassment of lines to read between. We learn that one of Evans’s most lauded qualities—the class-blind attitude he afforded to his subjects—was modelled after Flaubert’s “objectivity of treatment.” We come to realize, too, that Evans’s creation of perspectival and subjective distance allows him to maintain in his photographs the same remove that he did to the political upheavals of his time.”

Neil Leifer: The Wonders of Sport

Cross-posted from blind.  [By Jean-Denis Walter]  “Neil Leifer is a legend: he is acknowledged as one of the greatest sports photographers in history. His phenomenal career took off in 1960 when he became a professional photographer at age eighteen. He worked for Time, Life, and above all Sports Illustrated. As a teenager, this New York kid earned his way into Giants games by pushing disabled spectators’ wheelchairs to the edge of the field. He took advantage of this privileged access to take pictures. His first sale to Sports Illustrated was thus made through mischief, when he was barely sixteen. Ideally positioned outside the field, he took the image that came to commemorate the 1958 Superbowl Giants vs. Colts game: the photo of the victorious touchdown.”

Cross-posted from The New York Times.  [By Penelope Green]  “Sophie Rivera, a photographer who won acclaim making luminous portraits of Puerto Rican New Yorkers and other city dwellers before turning the camera on herself, died on May 22 in the Bronx. She was 82.”

“Sophie. Rivera’s photographs are in the permanent collections of the Whitney Museum of American Art, El Museo del Barrio and the Smithsonian American Art Museum, among other institutions.”

“Obliged—or enabled—by the pandemic to go gray, other subjects whom Carucci photographed also reckoned with transformation. Lauren Katzenberg, who is thirty-five, started going gray at sixteen. ‘I would sit by the mirror and pluck them out, but by the time I was in college there were too many to pluck out,’ she said. Shut up at home last year, she learned to appreciate what she had so self-consciously sought to hide. Carucci pictured Pamela Gontha, who is forty-seven, from behind, her hair a luxurious curtain: new growth of gunmetal gray giving way to russet and then to luscious black at the deep-dyed tips. ‘It was almost like breaking an addiction,’ Gontha said, of giving up her at-home coloring routine. ‘I don’t miss that smell—especially the first day you go to bed and you can’t escape it on your pillow.’”

How To Become A Master Photographer, According To Albert Watson

Cross-posted from Vogue via ProPhoto Daily.  [By Alex Kessler]  “The Scottish maestro, who has shot Kate Moss, Alfred Hitchcock, Mike Tyson, and more than 100 Vogue covers, imparts his extensive knowledge and experience in an exclusive interview.

Having shot an impressive roster of A-list talent and more than 100 global Vogue covers, legendary photographer Albert Watson is behind many of pop culture’s most recognisable images. But, what makes a great photograph?”

““Don’t make the mistake of being sucked into the fashion business for the wrong reasons. If you think it’s glamorous because you’re travelling and there’s a lot of beautiful women, you’ll never be a great photographer. Also, if you’re a photographer, you should be good with lighting – it’s part of your job to be.”

Photography Websites Report: Stats & insights from the websites of the world’s top 100+ photographers

Cross-posted from Foreground Web.  This company is a commercial vendor whose tagline is: Web-design education & services for photographers”  In other words, this is not a neutral commentator (I would argue there are no neutral commentators, but that’s for another post). However, their insights may prove to be valuable for photographers unfamiliar with the basics of building and designing a commercial website.

“What are famous photographers doing right on their websites? Or better yet, what are they doing awfully wrong despite being successful?

In this detailed research report, I thoroughly reviewed over 100 individual websites (from the most well-known photographers out there) to try to uncover all of that.

You’ll find a goldmine of statistics and data, all about photography websites, telling the story of where the industry is going.”

Cross-posted from Outdoor Photographer.  [Text and Photography by Erin Babnik]  “How a background in art history informs and inspires my approach to landscape photography.

Not every photographer can pinpoint specific moments in life that helped to steer their creative sensibilities. The development of a personal approach typically looks fairly messy in hindsight, and usually photographers experience a random progression more than anything especially deliberate. When it comes to tracing a creative trajectory, a photographer’s body of work often has to speak for itself. So, I may be something of an oddball in that I can credit my background as an art historian with some very specific experiences that directed my interests and methods as a photographer.

One of those experiences remains especially vivid in my memory as a formative moment. It occurred while I was still in graduate school studying the history of ancient Mediterranean art, a time when I frequently moonlighted as an assignment photographer to fund the camera gear that I needed for my academic work. Initially, I had the singular goal of producing a substantial archive of photos for my own teaching and research, but enough people in the academic world wanted bespoke photographs for their publications to keep me quite busy in a photography side business that became a slippery slope.”

Cross-posted from blind.  [By Miss Rosen]   “On a hot August morning in 1970, a young Japanese woman named Aileen Mioko appeared at Smith’s door. The Stanford University student took a summer job before her junior year working as a translator/coordinator for Japanese advertising agency Dentsu, who had hired Smith to do a commercial to promote Fuji color film to the Japanese market. The photographer, who only shot in black and white his entire life, took the gig to fund ‘Let Truth Be the Prejudice,’ the 600-print retrospective exhibition Smith was organizing for the Jewish Museum in New York.

‘We immediately connected,’ recalls Mioko Smith. ‘While Dentsu filmed, Gene poured out his philosophy about journalism and photography to me — his whole reason for existing.’ Moved by his words, she realized Smith needed someone to help him on the exhibition around the clock. She dropped out of school and got to work.

But Smith needed more than an assistant. ‘Gene had told friends he was so depressed that he was going to kill himself after he got the exhibition up,’ she says. ‘This was a normal pattern: him needing to be saved both in work and in life. But I didn’t know that. I was just the next person who came along who thought if I didn’t do it, it would be the end.’”

Paolo Pellegrin’s photo series exploring the Australian bushfires documented the disaster that swept the country during the disastrously hot and dry bushfire season of 2019 to 2020, also known as the Black Summer.

As Australia recovers from another season of fires, writer and curator Annette Liu reflects on Pellegrin’s work from the time, comparing the intensity of images which saturated media of that period with the more somber scenes of devastation present in Pellegrin’s work.”

Cross-posted from My Modern Met via ProPhoto Daily.  [By Jessica Stewart]  “How does one transform the website of someone who has passed away into a valuable resource that will honor their legacy and stay true to their style? This is the question that the Rodney Smith Estate grappled with after the acclaimed fashion and fine art photographer passed away in 2016. While they wished to honor his spirit, they also wanted to make sure that the website would answer any questions that curators, art historians, or collectors may have. After two years of work, the team’s diligence has paid off as the newly revamped Rodney Smith website has been named an Honoree at this year’s Webby Awards.

Cross-posted from ProPhoto Daily.  [By David Schonauer]  “Born in Evanston, Illinois, in 1922, Noggle served as a Woman Airforce Service Pilot (WASP) during World War II and as a captain in the US Air Force from 1953 to 1959. Noggle, who died in 2005, became enthralled with flying in her teens, when she saw the legendary aviator Amelia Earhart perform at a local airport and persuaded her mother to let her take flying classes. She soloed at 17 and became a self-described “wild ass” pilot who liked to buzz cows in farm pastures. After ending her flying career, she studied art history and photography at the University of New Mexico, Albuquerque, and went on to become an adjunct professor of art there.”

Cross-posted from The Eye Of Photography.  “It is with great sadness that Iconic Images announces the passing of Eva Sereny.  The photographer behind so many iconic images, including on-set photography from Raiders of the Lost Ark, Last Tango in Paris, Death in Venice and The Great Gatsby, passed away suddenly following complications from a stroke. She was 86.”

“Eva Sereny’s archive is vast, not only in the number of films, but of the quality of the actors and directors; sometimes at work, sometimes in a moment of repose. Her images range from a stunning portrait session with Romy Schneider in 1971 to work with Jacqueline Bisset, Charlotte Rampling, Robert Redford, Jane Fonda, Harrison Ford, Al Pacino, Paul Newman, Mia Farrow,  Elizabeth Taylor, Richard Burton, Meryl Streep, Marlon Brando, Sean Connery, Clint Eastwood, Luciano Pavarotti and images of film directors Visconti, Truffaut, Fellini, Bertolucci, Werner Herzog, Sydney Pollack, Fred Zinnemann, Peter Bogdanovich, Steven Spielberg and George Lucas.  One of her most collected images is that of Anthony Quinn, in character while shooting The Greek Tycoon. Notably, Eva also photographed Audrey Hepburn in her final screen performance in the Steven Spielberg film, Always.”