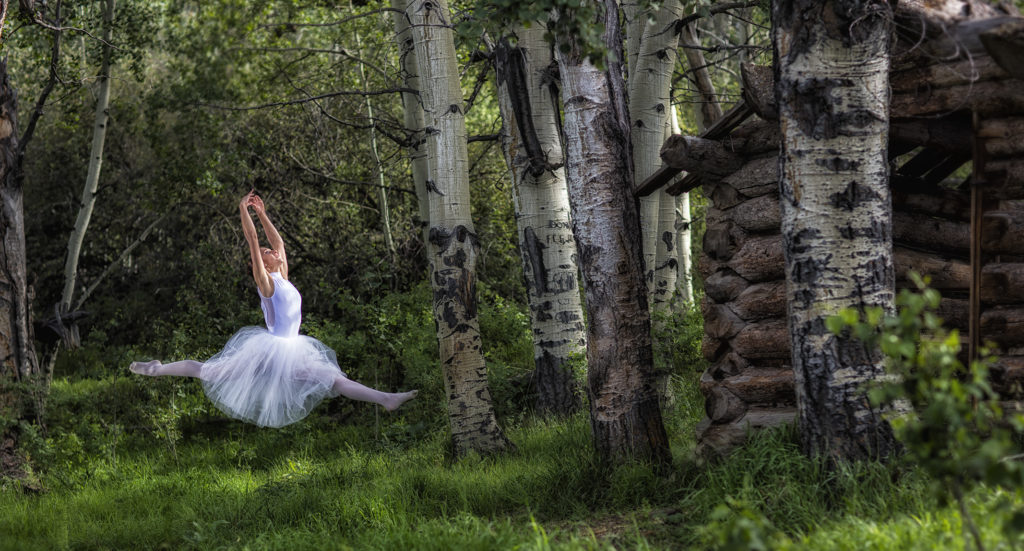 Cross-posted from Copyright Alliance.  [By Kevin Madigan]  “On June 18, the Texas Supreme Court held that a violation of copyright is not an unconstitutional taking of property. The decision stems from a years-long battle by Jim Olive to hold the University of Houston accountable for unauthorized use of one of his iconic photographs, and it is further proof that creators have no meaningful legal recourse when a state entity steals their work. The ruling comes at a time when the U.S. Copyright Office and Congress are studying whether there are adequate remedies for copyright infringement by state entities. Olive’s case unequivocally confirms that:

Triumphant in their time, yet largely erased later: a Met exhibition explores ‘The New Woman Behind the Camera’

Cross-posted from The Art Newspaper.  [By Nancy Kenney]  “Chronicling the work of female photographers from the 1920s to the 1950s, a show organised with the National Gallery of Art breaks significant ground’

“With 185 photographs, photo books, and magazines, The New Woman Behind the Camera charts the work of 120 women from over 20 countries who forged careers as photographers and contributed significantly to advances in the medium from the 1920s to the 1950s. The presentation brims with surprises, inviting viewers to reckon with blind spots in their understanding of that period.

Andrea Nelson, an associate curator in the department of photographs at the National Gallery of Art (NGA) in Washington, DC who conceived and organised the exhibition, says the idea for it arose after she was hired in 2010 and was ruminating about generating shows drawn from the NGA’s permanent collection.”

Cross-posted from Colossal.  [By Grace Ebert]  “Photographer Mitch Dobrowner (previously) captures some of nature’s most dramatic and overpowering shows of force in his black-and-white images of storm cells. Living between Los Angeles and Lone Pine, California, Dobrowner often travels throughout the Midwest and Southwest documenting major systems that rage across rural regions. He frames lightning strikes, enormous spiraling clouds, and dense sheets of rain through wide angles or panoramic views to contrast the extreme weather with the vast, remote landscapes. Dobrowner will be visiting the Northern Plains in the next few weeks to catch the area’s storm season, which you can follow on Instagram.”

Cross-posted from The Eye Of Photography.  [By Tinin Törncrantz]  “Margaret Watkins paid one hundred and fifty dollars in 1914 for the first of a string of summer camps organised by the Clarence H White School of Photography, where she eventually would become a demanding but popular and highly estimated teacher herself. The summer schools were based on White’s more modern take on pictorialism, inspired by compositional geometry. The communal spirit of the Arts and Crafts-y gatherings under the trees were not about pre-industrial innocence but rather part of the great teaching from some of the best instructors in the United States (the painter Max Weber was one of the lecturers in 1914). It was with White that Watkins found her true calling in photography. He became her tutor, friend and, clearly, a tremendously inspirational companion in her life.”

Featured Promo – Britta Kokemor. [By rhaggart]  “Tell me about the format. Do you find explaining the process helpful to potential clients?

After reading the marketing book, They Ask You Answer (I highly recommend) I wanted to create something that answers my client’s questions and needs + evokes curiosity and comfort around what it’s like to work with me. So far this is the most client work I have ever received from a promo piece!

How many did you make?

I just went through a re-brand so I only made 75 copies this year. Next year I’ll send out way more!”

Taiwan: Behind the Mirror

Cross-posted from blind.  [By Jehsin Wei-Khoo]  “With its incredibly extensive inaugural exhibition, the new National Center for Photography and Images of Taipei demonstrates in 600 photographs how the island with its turbulent history has claimed ownership of its own image”

Perhaps the most fascinating part of the exhibition is the one where we can see the gradual emergence of Taiwanese photography, as the colonized subjects began to gradually lay claim to photography and make it their own. Trailblazers who studied photographic techniques abroad, most often in Japan, began to set up their own studios upon their return and produced work with distinctive aesthetic approaches that made them stand out. One artist would use Peking opera actors as his models, while another might favor highly cinematic staging. A young dandy who went so far as to shoot self-portraits on the sand wearing nothing but a pair of swim shorts is undoubtedly the ancestor of the Taiwanese Instagram. Visitors are surprised to find affinities with the experiments of their Western peers: the high contrast white fleur-de-lis, open like a bugle, looks like it could have been photographed in New York or Paris… by Man Ray.”

Cross-posted from blind.  [By Colin Pantall]  “Chloe Dewe Mathews grew up near the Thames. She walked over it on her way to school, she remembers its tidal rhythms. The river was part of her everyday life, a river with an emotional range that could be as light and floral as a summer meadow, or as dank and bitter as a Siberian winter.

Later in life, she returned to photograph the river, and that is what this exhibition is about. It goes in geographical order, the first image showing a man rowing a coracle near its pastoral source, the final image showing old sea forts rising above the open waters of the North Sea.”

Cross-posted from LenScratch.  [Erica Cheung]  “I think it’s kind of simple. Without artists, the galleries have nothing to show. And without a venue, the artists don’t have a place to show. Today, artists are getting very creative. They have their own websites, and some of them are doing quite well on their own. But they often don’t have access to the business side of things unless they’re with a gallery. And once you’re with a gallery, it is a business. Galleries have to be run in a specific way so that we’re still here tomorrow.

In the best of both worlds, artists understand that it’s a collaboration. I absolutely expect honesty and communication with my artists, and if we don’t have that, we generally don’t last very long. I expect my artists to keep working, to promote themselves even though they have a gallery. Just because they have a gallery doesn’t mean they stop working on their own behalf.

Based on what I’m seeing and hearing, the younger generation does not seem as interested in going to galleries as generations prior. They seem to prefer to do things online. Meanwhile the generation that I grew up with comes back to me because I’m very honest. I don’t do a sales pitch because I don’t believe in sales pitches. That’s the part of the art world that has the bad reputation. The philosophy at my gallery is education. You educate people, and then through education, they can make their own decision as to whether or not they want to purchase.”

Cross-posted from Musée.  “All of my artwork, whether conceptual, photographic narrative or installation experiences, asks us to look back and reflect on where we are and what choices we are making. There is a deep sense of irony in this series. I was not alive for the upheaval of the late ‘60s and early ‘70s, but from learning about the cultural shifts and sub-cultures of the time, I believe that the ‘70s were a monumental time of rise against the systems in place at a time of upheaval — not unlike today, with so many pushing for change against cultural and systemic norms, roles and expectations. The era started a civil and feminist movement, which is still in effect today. “

“If you could teach a one-hour class on anything, what would it be?

How is it we think what we think? Are our perceived limitations really ours, or the result of generations of programming and cultural influences? And, at the bottom of it all, what are we all really wanting to feel, and what are we really all afraid of? It’s in that space we find out true unity.”

Romulo Yanes, Whose Photographs Captured the Beauty of Food, Dies at 62

Cross-posted from The New York Times.  [By Alex Vadukul]  “Best known for his long tenure at Gourmet magazine, he brought a sense of elegant realism to his job and let his delectable subjects take center stage.”

“Gourmet won its first National Magazine Award in 2004 for general excellence, the competition’s highest honor. It won the award for photography the next year and again in 2008.”

“In 2017, Susan Bright’s ‘Feast for the Eyes: The Story of Food in Photography,’ published by Aperture, placed Mr. Yanes’s contributions to food photography in historical context.

‘Yanes’s photographs are highly attentive to textures in the food and have a sense of suspense — the food is about to be eaten or is in process: A piece is missing from the cake, the food’s in the pan, or a fork’s on the plate,’ Ms. Bright wrote. ‘Everything looks delicious, but not out of reach, with a realism that taps into the eyes, mouth, brain and stomach.’”

There is no level playing field

Cross-posted from Fine Woodworking.  [By Nancy R. Hiller]   Solo entrepreneurs – including photographers – share many traits.  Higher-end or mid-range clients – and fees.  Education or self-taught.  A staff or…no staff.   Financial security or the need to work. Those similarities are instructional, and, on occasion, inspirational.

“We all develop our own ways of working, from our first contact with a potential buyer by email, phone, or in person, through our preferred modes of communication, our willingness to answer questions or engage in conversation on topics beyond work, and our priorities and values, many of which matter greatly to prospective customers. Not to mention our own style and the caliber of our execution.

That said, contrary to widespread belief, not everyone wants The Very Best, which comes with a higher price (notwithstanding some makers’ promotional claims to the contrary).”