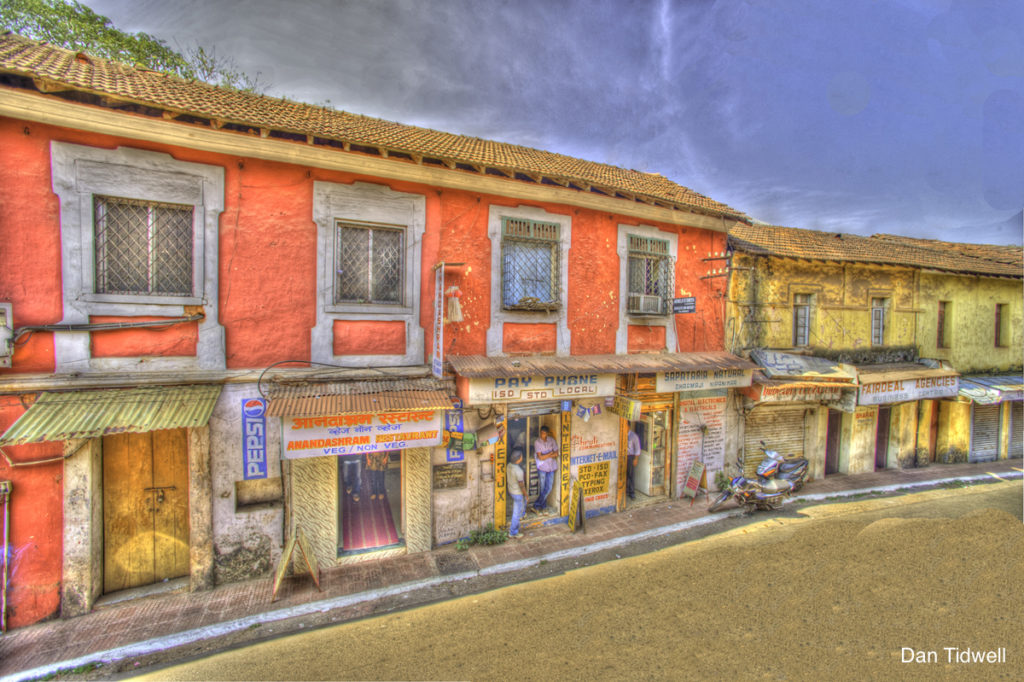 Know Your Worth — What Your Peers Charge for Commercial Film Productions

Crossposted from Jeremiah Warren on Medium.  “These rates are from non-union freelance individuals that work primarily in commercials or narrative film. Producers for documentaries, web, and reality TV will typically try to get much lower rates and sometimes long-term narrative TV or film projects will have a reduced rate. All of these rates are based on a crew that works in the United States in major markets (unless indicated).

For crew positions that require equipment and resources (ACs, HMU, audio, etc), they will charge an extra kit/gear rate. That rate varies depending on what they own.”

Photographer Captures Expressive Portraits of Strangers Before and After Kissing Them

Cross-posted from My Modern Met. [By Kelly Richman-Abdou]  “With a “constant fascination for new people,” New York-based, Norwegian photographer Johanna Siring often features strangers as the subjects of her work. In a recent series, Siring has taken her love of meeting new people to another level by capturing portraits of total strangers before and after kissing them.

Aptly called Kiss of a Stranger, the project features pairs of portraits taken at Denmark’s Roskilde Festival. To create the series, Siring would first approach a fellow attendee and ask him or her to pose for a picture. After snapping the first shot, she would explain her project and ask for a kiss. If the individual happily agreed, they’d lock lips, and Siring would immediately capture his or her post-smooch expression.

The Photographer Who Captured the Birth of Hip-Hop

Cross-posted from The New Yorker Photo Booth.  [By Hua Hsu]   “As a teen-ager, Joe Conzo, Jr., took intimate pictures of the Bronx music scene. He’s lived several lives in the time since.”

“Conzo captured hip-hop as a modest, homespun phenomenon. There’s a picture of his high-school friends the Cold Crush Brothers, huge stars in their day, huddled together on their way to a show, cradling their precious turntables on their laps. One member of the group, Charlie Chase, turns from the crowd while d.j.’ing to smile and pose for Conzo. He looks incredulous that everyone is here to see them. You get a sense of how the resourcefulness of this time extended to fashion: the novelty bug-eyed sunglasses, the Davy Crockett hats, the studded leather jackets and Adidas warmups, the three-piece suits—none of it looking out of place. Everyone seems so excited to be where they are, whether they’re gathered at a high-school gym or a modest block party.”

Cross-posted from AIGA Eye on Design.  [By Theo Inglis]  “Ken Garland, who died in May at the grand age of 92, was an enigmatic figure in the graphic design world. Though he will likely be best remembered for  his influential and ever-relevant First Things First manifesto of 1964, he also left behind a massive body of  incredible creative work – which was playful and rigorous in equal measure – and an influential career as a  teacher and writer. When encountered in person, Ken was a straight talker with a distinctive presence, especially due to his memorable approach to lectures, his natty dress sense, his intense gaze, and not least, his penchant for distinctive headwear. Although he was part of an influential and widely-lauded generation of British designers who rose to prominence in sixties London, it is safe to say that Ken was one of a kind.”

Cross-posted from Magnum.  [By David Hurn]   “David Hurn recalls stumbling upon the image which moved him to decide to become a photographer”

David Hurn is well-known for his work within Magnum documenting empathetic stories of ordinary life. A photographer within a collective initially established based on its work on conflict and its effects, Hurn distinguished his practice through his insights on human societies in their quieter and more joyful moments: from nimble portraits of celebrities, to studies of life in Arizona and California, to his multi-decade-long dedication to Wales and its disappearing traditional cultures.”

Cross-posted from Magnum.  [By Inge Morath]  “An exclusive extract from a new biography of Inge Morath explores her earliest days with Magnum, working in Spain under the at times gruelling tutelage of its co-founder Henri Cartier-Bresson”

“Cartier-Bresson was Magnum’s professor of photography. He taught Morath  systematically, and she considered him ‘the hardest taskmaster.’ Editing his contact sheets in her first years with Magnum had been an important part of this education, because doing so allowed her to examine the images in the sequence that he made them, to see his ‘rigorous pursuit of an event in clear geometric compositions.’ Decades later, she summarized her process by writing, ‘I learned how to photograph myself before I ever took a camera into my hand.’ She would practice ‘without a camera, with one eye closed and one open watching the street.’ [i]Now Cartier-Bresson taught her to see composition by looking at photographs upside-down, a standard teaching method for photographers and painters.”

Edward Grazda: A Diary of Afghanistan Before the United States Came to Call

Cross-posted from blind.  [By Robert E. Gerhardt]   “For more than 20 years, from the start of the Soviet-Afghan War through the rise of the Taliban and their control of the country, Edward Grazda photographed Afghanistan. The photographs he made show an Afghanistan going through great changes, and mirror what is going on in the country today.”

“…Edward Grazda began photographing Afghanistan during the early days of the Soviet-Afghan War. On a trip through Asia in 1980, Grazda headed to the border areas between Pakistan and Afghanistan in order to photograph the refugees that were coming into Pakistan after the Soviet invasion. It would be the first of many trips to photograph what was going on in Afghanistan.”

Cross-posted from The Guardian.  [By Daniel Dylan]  “By the time of this picture, it was 1970 and I was working in Detroit for the short-lived rock’n’roll publication Big Fat Magazine. I had been asked to cover the Cincinnati Pop festival. We drove all night in the rain to get there: it was still raining hard when we arrived at dawn. Many fans were already lined up by the gates, some covered by plastic sheets, but at sunrise the clouds rolled away and it became a hot, bright day. The city police were there to maintain order, and they had been told that because of the rain people were not allowed on to the baseball field where the stage had been set up in the middle. But as soon as the first notes were struck, hundreds of fans poured on to the field, where they stayed for the rest of the day, pushing right up to the stage.”

“I was so proud when Rolling Stone magazine named this picture as one of the best rock photos of 1970, and I was really happy five years ago when [skate shoe and clothing company] Vans leased it for international advertising. It remains my best-selling photo.”

Cross-posted from Pen Online.  [By Clémence Leleu]  “It was 1961 when American photographer William Klein set foot in Japan for the first time. He was initiated into Tokyo life by a group of official representatives, enabling him to photograph certain seats of power that would ordinarily be difficult for novices from overseas to access; however, he managed to escape their watchful eye to go deeper into the city, free from the filter of protocol. His time in Japan left him with a collection of analogue photographs in black and white, often taken with a wide-angle lens, and compiled in the book Tokyo 1961, published by Zokeisha in 1964.

William Klein is a New York-born photographer who studied sociology at university. He discovered Europe while on military service, and attended the Sorbonne where he also studied painting alongside Fernand Léger. A self-taught photographer, he published his first book of photographs in 1956 as a photo journal, a form that would become his hallmark, on the boundary between an intimate diary and a historic document.”