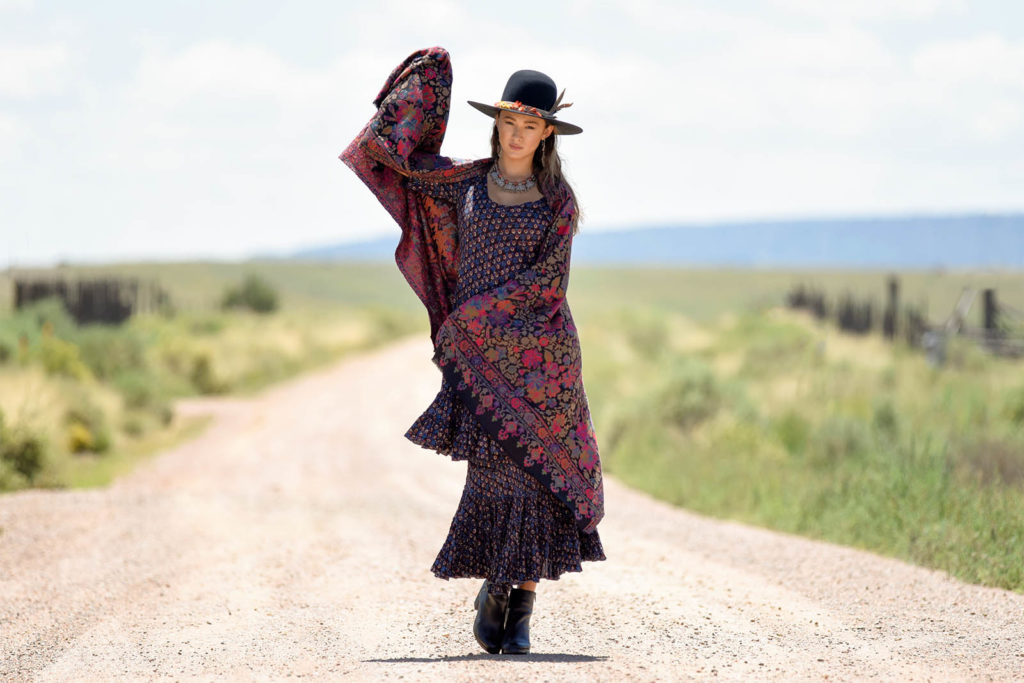 Cross-posted from The Conversation via PetaPixel.  [By Roshaya Rodness]  “The ethical dimensions of artificial intelligence (AI) image colourization were recently brought to public attention when several historical images were altered using digital algorithms.

Irish artist Matt Loughrey digitally colourized and added smiles to photos of tortured prisoners from Security Prison 21 in Phnom Penh, Cambodia, which was used by the Khmer Rouge from 1975-79. His photos were published in Vice and prompted outrage on Twitter.”

“The recent controversies around image colourization point to the similarities between photography and AI. Both are imagined to create representations of the world using the least amount of human intervention. Mechanical and robotic, they satisfy a human desire to interact with the world in a non-humanized way, or to see the world as it would look from outside ourselves, even though we know such images are mediated.”

Cross-posted from blind.  [By Sophie Bernard]  “The publication of a book on Imogen Cunningham, which brings together nearly 200 of her photos, including previously unpublished ones, is an opportunity to rediscover the journey of this pioneer, feminist, pacifist and artist who was impossible to pigeonhole.“

“Imogen Cunningham was constantly reinventing herself and exploring different subjects, also for extensive periods of time. Self-portraits, for example, as well as street shots and portraits of other artists: Edward Weston, August Sander, Frida Kahlo, Gertrude Stein, Minor White, Alfred Stieglitz…Never one to slow down, near the end of her life she initiated a new project: photographing elderly subjects, whose portraits were published in a book titled After Ninety. By an odd coincidence, she passed away the same day as Minor White.”

Cross-posted from Communication Arts.  [By Leslie dela Vega]  “How have your experiences as a photo editor at publications such as the New York Times and TIME impacted your photographic approach?

The New York Times and TIME were two of the three places I had wanted to work at since I was in high school. Their approaches to photography are paramount. Since I was young, my first love has been photojournalism, but prior to working at these two publications, I didn’t have the experience of assigning. At the New York Times and TIME, I learned how to assign on the drop of a dime, how to complete what needed to be done without a crew, and how to produce in completely different settings and spaces. Most importantly, I’m extremely grateful that I was able to develop my eye in such an incredible way. I have to thank all my fellow photo editors, especially MaryAnne Golon and Michele McNally. They were both integral in my learning and ‘seeing.’”

Cross-posted from blind.  [By Bill Shapiro]  “The editor of a remarkable — and remarkably beautiful — book explains how a photographer captured daily life in a small Wyoming town in a way few of us have ever seen.

In 1934, Encampment, Wyoming — a hard-working mining town with a population of about 300 — didn’t have many stores but it did have its own thriving Kodak photo studio. Over the years, its proprietor, an ambitious photographer-entrepreneur, not only ran the business, shot family portraits, took assignments from mining companies, and sold cameras, but also owned the local soda fountain, aptly called “The Sugar Bowl.” That photographer’s name was Lora Webb Nichols and she did all of this while single-handedly raising half a dozen children.”

Cross-posted from blind.  [By Laure Etienne]  “The name Eugène Atget is synonymous with the Paris of yesteryear, the world of small trades and picturesque streets. The photographer’s oeuvre now is the core of a collaborative project that includes a book published by Atelier EXB, entitled Voir Paris and a forthcoming exhibition at the Fondation Henri Cartier-Bresson.

Over the course of three decades, between 1897 and 1927, Eugène Atget collected what he called “photographic documents” by visiting “all the old streets of Vieux Paris.” While the enterprise seems like nothing short of a life-long vocation, it did allow the former actor born in 1857 to earn a living: he was able to market this documentation to illustrators, painters, architects, as well as institutions. The Musée Carnavalet was among his customers, acquiring entire albums. The museum’s collections dedicated to the history of Paris now include 9,164 of Atget’s photographs.”

Cross-posted from The Hollywood Reporter.  [By Mike Barnes]  “His credits included ‘Hawaii Five-O,’ ‘The Smith Family,’ ‘Bound for Glory’ and ‘The Deer Hunter.’”

“Hammer tried to bring a documentary-like feel to his photos, but results could be hard to come by. ‘Getting a good picture on a set is almost like winning the California Lottery,’ he said in a 1992 interview for the International Cinematographers Guild’s Original Heritage series. ‘You’ve got so many odds against you, it’s almost like a million-to-one shot.’”

An Archive of Images from San Quentin State Prison

Cross-posted from The New Yorker Photo Booth.  [By Rachel Kushner]  “Nigel Poor’s cache of photos from the California penitentiary shows us life controlled and monitored, but also that which is beyond the reach of supervision.”

“The pictures are evidence shorn of their original uses. They are ambiguous, banal, or disturbing, and in this sense—as a body of anonymously authored ‘work’—they are related to Larry Sultan and Mike Mandel’s 1977 project Evidence, originating from a collection of four-by-five-inch black-and-white contact prints of images just like these, which Sultan and Mandel culled from industrial and bureaucratic archives and presented in a series without context or explanation. The photographs that Sultan and Mandel chose—two policemen collaring a man, cropped so that we can’t see their faces; a Ford Thunderbird exploding; a pulley in a numbered manhole—are ominous and surreal, but they suggest a brittle world where men conduct tests, men try to control outcomes, men catalogue results. Likewise, the ‘evidence’ presented here of San Quentin is largely about men, and about a world they’ve built and are attempting to manage.”

Cross-posted from LenScratch.  [By Erica Cheung]  “Spanning both a personal practice of luxuriously-saturated landscapes and an equally color-intensive commercial studio practice producing branding and advertising materials for small businesses, Mischelle Moy’s photographs are a warm invitation to another world. This world is a vibrant one, to say the least—it brims with everything from fruity-pebble-paletted gradients to light-speckled leaves to scrumptious table spreads of instant noodles, seaweed snacks, and persimmons. Attached to this abundance is an unmistakable sense of belonging—that you, too, are welcome to wander through Moy’s vistas, to take a seat at her table, and to move through the world in a more vivid way, if just for a while.”

Canon’s Larry Thorpe Reflects on 60 Years in the Business

Cross-posted from DPReview.  [By Dale Baskin]  “Last week Larry Thorpe, a Senior Fellow in the Imaging Technologies & Communications Group at Canon USA, retired following a 60-year career in the broadcast industry. In an interview with DPReview he talks about some of the technology changes he’s seen during that time and how those changes impact the market for still and motion picture cameras today.

Larry began his career with the BBC in London in 1961. In 1966 he emigrated from the UK to the United States to work for RCA, where he developed cameras and other studio equipment, followed by a 22-year stint at Sony, where he worked on cameras and camcorders and became an early proponent for HDTV standards and production systems. In 2004 he joined Canon, where he helped lead the company’s efforts to create Cinema EOS.”

Life With the Irish Travellers Reveals a Bygone World

Cross-posted from National Geographic.  [By Alexa Keefe]  “When Birte Kaufmann first encountered Irish Travellers, she was on a trip with friends in the Irish countryside and saw a girl and her little brother running toward a roadside camp. The caravans and horses reminded Kaufmannn, who is German, of the Romany camps she had seen elsewhere in Europe, but the people looked intriguingly different.

Who were they, she wondered, and how could she delve deeper into their culture?

‘People said, You’ll never get an insight into that community—forget about it,’ Kaufmann recalls of sharing with Irish friends her burgeoning plans to photograph the close-knit Travellers.”

“To gain access to the community, Kaufmann first attempted to engage through human rights groups that work with them—to no avail. So she decided to do it “the hard way,” she says. She had heard about a “halting site”—walled areas on the outskirts of large towns that contain houses as well as spaces for caravan parking—and on her next trip to Ireland, she simply showed up.”

Cross-posted from Plagiarism Today.  [By Jonathan Bailey]  “The date January 1, 1926 is something of a magical date for those that follow copyright. As of this year (2021), all works published before that date are broadly considered to have entered into the public domain and are free to be copied, built upon and otherwise used without a license.

But while it’s convenient to say that “All works published in 1925 and before are public domain” it doesn’t really tell the full picture.