An Independent Journalist Is Suing D.C. Police After He Was Arrested Filming A Black Lives Matter Protest 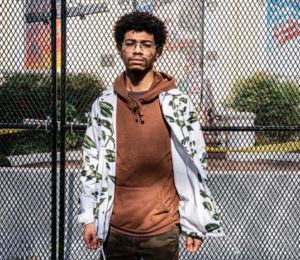 Cross-posted from dcist.  [By Margaret Barthel]  “Local independent journalist and documentarian Kian Kelley-Chung was one of more than 40 people arrested by the Metropolitan Police Department at a racial justice protest in August. Officers seized his camera equipment, and he spent the night in a holding cell before being released without charges the following day. Kelley-Chung says he didn’t get his camera equipment or cell phone back from police custody for 10 weeks.

The experience took a financial and emotional toll on the 23-year-old Black journalist, who has been covering protests in D.C. over police brutality since the first week in June.”

“Now, he’s suing the department, acting police chief Robert Contee III and the District for violations of the First and Fourth Amendment; his rights as a journalist under the Personal Privacy Protection Act, which protects journalists’ work product from warrantless searches; and for loss of income as a freelance journalist. Kelley-Chung is seeking compensatory and punitive damages, as well as an injunction to require the District to prevent police officers from interfering with journalists or the public recording protests.

‘This case presents a disturbing example of the type of police misconduct directed at photographers that courts and the Justice Department repeatedly have condemned,’ the lawsuit argues.”

An Independent Journalist Is Suing D.C. Police After He Was Arrested Filming A Black Lives Matter Protest