An Iceberg Flipped Over, and Its Underside Is Breathtaking 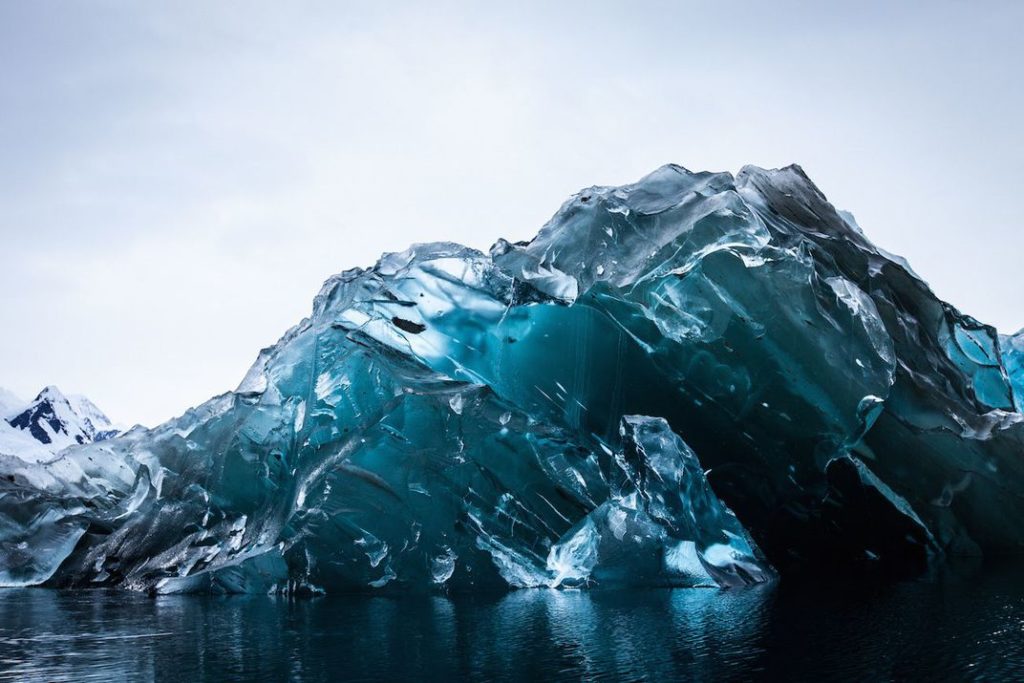 On vacation in Antarctica, filmmaker and photographer Alex Cornell captured an unusual sight.

Snow-covered icebergs dominate the scene near the shore of the Antarctic Peninsula, the northernmost part of the icy south polar region. Between the sun, the water and icy peaks, the beauty can be quite literally blinding.

“Everything is reflective and everything’s white,” recalls filmmaker Alex Cornell, who vacationed there last month with his family. “People had said that the first time you go, you’re kind of so overwhelmed that you take a lot of pictures of your feet and you don’t really know what’s going on … I definitely felt that,” he says with a laugh.

While exploring Cierva Cove, a glacial bay off the peninsula, a scientist aboard Cornell’s boat became excited by one iceberg in particular. “Everything I was seeing was pretty exciting,” Cornell admits. “This particular iceberg at the time kind of blended in with all the crazy stuff we were seeing.”