What to Do If Your Work Is Infringed

In a perfect world, if you found someone using your image without your permission, you would send him a bill for use without your permission, he would pay you and you would be done with it. If he didn’t pay, you could threaten to sue, and he would quickly realize that the cost to go through the process was too much to bear, so he would settle with you and you’d receive a check. In the real world, however, some people just ignore your rights and threats, and you have to make a decision on what to do next.

If infringement of a published work begins before the work has been registered, the copyright owner can obtain the ordinary remedies for copyright infringement (including injunctions, actual damages and lost profits, as well as impounding and disposition of infringing articles). However, the owner cannot obtain special remedies (statutory damages and attorney’s fees) unless registration was made before the infringement commenced or within three months after first publication of the work.

To be certain that your application, deposit, and fee are received in the Copyright Office within a 3-month window of the earliest published photograph within the group, you may wish to register groups of published photographs more frequently than once every three months.

When you shouldn’t sue for copyright infringement

Often, despite what seems to you to be a real and serious infringement of one of your copyrighted works, it just might not be worth it to sue.

The penalties for infringement can be formidable: Willful copyright infringement — that is, when the infringer knows exactly what he’s doing and does it anyway — can get the pirate a federal suit that could lead to jail time or a big fine, or both. Consider: if the willful infringer uses, without permission, a copyrighted item with a commercial value of more than $1000 but less than $2500, that could earn him a year in the federal prison, or cost him a sizable amount in a fine. And a civil case could slam the offender with damages as high as $150,000 per image pilfered.

So why not sue? Because taking a case to court can be very expensive, and if you don’t win, you’re out a bundle. And if the value of your work — the market’s dollar value, not the value you feel in your heart and soul — isn’t all that high, the payback via the amount awarded by the court may not be enough to pay off your attorney.

The direct approach. First, try to deal with the infringer on a person-to-person basis: no hostilities, just a civil request. You’d be amazed at how often this works. If it doesn’t, the next step is an attorney-to-infringer correspondence, with a warning shot across the bow: a firm, strongly worded cease-and-desist letter, with follow-up if necessary. Sometimes just the threat of a lawsuit will end the matter. You won’t get recompense for damage already done, but you’ve stemmed further bleeding.

Small claims court. If your photographs are being used without permission by somebody local — a gallery, a newspaper or magazine — it is sometimes possible to get some satisfaction by going to small claims court. You cannot sue for copyright infringement; that may be filed only in federal court. But you may have a claim for breach of contract.

The beauty of small claims court is that you can present the case yourself; you don’t need a lawyer with you in the courtroom. However, you certainly can (and probably should) consult a lawyer beforehand, just to be sure your ducks are in a row.

Alas, even if you win, there is no guarantee it will be easy, or even possible, to convert the judgment to cash in your pocket. You will probably have to take the trouble and expense to get the sheriff to execute on the judgment.

The ISP takedown. Consider this scenario: You find one or more of your images on a web site. You have registered the copyrights, yet the folks who put your images on their web site never requested permission to use them. They’re guilty of copyright infringement. Yet … It’s a small site, clearly with no deep pockets supporting it. You know that you could proceed with legal action, but that it could cost you plenty and you might not recoup any of it.

So you contact the people running the site, requesting them to cease and desist. They don’t respond. They don’t take your image off the site. You write to them again, this time with more warning and, perhaps, a stronger threat of legal action. Still nothing. You don’t want your image on the site, for whatever reason, but fundamentally because they have no right to use it, and you need to establish that fact.

There is, in fact, a further step you can take.

Under the Digital Millennium Copyright Act (DMCA), you can force the Internet Service Provider (ISP) hosting that site to remove or disable the site, so that it cannot be viewed. To do this, you need to send notice to the ISP, and in this notice you need to give the provider your name, address and electronic signature, the infringing materials and their Internet location or the link to the infringing materials. If you’re complaining to a search engine, give enough specific information to clearly identify the copyrighted images, a statement asserting a “good faith belief” that the offender has no legal right to use the material, and a statement that you are the copyright owner or are authorized to act on the copyright owner’s behalf. You must be 100 percent forthright and accurate on all these counts, because this is a serious charge you’re leveling, and if you fudge even a bit of it, you can open yourself up to perjury charges or monetary damages. 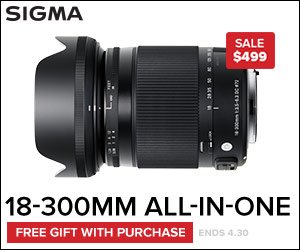 Once the provider gets your notice, it has to quickly remove or disable the site or link. Look at this example of a complaint notice (it’s a PDF requiring Adobe Acrobat reader) on the Chilling Effects web site. This site is not exactly simpatico with many of our copyright contentions, but it’s a good informational site nonetheless.

(Are you wondering why we aren’t publishing a sample letter here? This is important: There is no such thing as a cease-and-desist formula, or a boilerplate one-size-fits-all complaint letter. This kind of letter is much trickier than you might think and therefore needs to be written very carefully and very specifically for each situation. If your letter isn’t worded properly for the specific situation, the other side can actually use this letter as a basis for filing for a declaratory judgment against you. They can sue you in a court that is more convenient for them, and they literally put you on the defensive, instead of the other way around. In addition, if you are not in a financial position to defend the case, you could end up losing your copyrights by default. That is why there are copyright attorneys — and why associations and attorneys don’t provide form letters.)
This being a just and equitable system, the ISP informs the alleged infringer that actions have been taken, giving the alleged infringer the chance to make a case that the site or material has been wrongly removed. If the ISP receives a proper counter-notice from the alleged infringer claiming that no infringement is taking place, the ISP tells you immediately. And that’s where it gets sticky, because if it gets to this point, your next step is a mandatory filing in district court of a copyright infringement lawsuit within 14 days. If you don’t file the suit, the images and the site can go right back up online.

It’s not easy, and it might not seem fair, but to get protection you have to fight for it. Keep good records. Be vigilant. Hire a good attorney. It’s worth it.

Why You Fight To Retain Copyright:

He was a young photographer working to capture any image that might translate into a decent sale. He was at a big 1970 Labor Day anti-war rally in Valley Forge, PA. There, long-time ASMP member, Leif Skoogfors, spied actress-activist, Jane Fonda, sitting among the Vietnam Veterans Against the War protesters.

Skoogfors’ own account of the episode can be viewed at www.digitaljournalist.org/issue0403/dis_skoogfors.html.
The photo he made did not get published at the time. It ended up, ultimately, among other Skoogfors work, with the stock agency Corbis. And, for Skoogfors, that would have seemed to be that. Except for one thing: Several rows behind Fonda, also seated on the grassy hill of Valley Forge, is a slightly out-of-focus but still recognizable young man in army fatigues with a determined look on his face.

Who knew that this young man — John Kerry — would end up, 34 years later, running for President of the United States? And who would have guessed that political foes would try to paint him as a Fonda collaborator because of his proximity to her by using the one piece of evidence that might “link” them: Skoogfors’ photo. In fact, Fonda and Kerry probably never spoke to each other that day, or even met.

In early 2004, some anti-Kerry activists found the photograph on the Corbis website. It was downloaded and placed on the web with the Corbis watermark still in place. The word-of-web circulated as rapidly as the brush fire of Internet whispering-down-the-lane. Soon the news organizations picked up the story — both imagined and real. And each legitimate news organization licensed Skoogfors’ photo. Skoogfors’ copyrighted photo, that is.

In newspapers, on the Web, the photo was credited to Skoogfors and Corbis. If it wasn’t, Corbis was sure to go after the infringers. And payment was made, because the image was copyrighted.

Skoogfors watched this surprise reinvigoration of his three-decades-plus photo on a TV tuned to CNN in Sweden. Amused and amazed, he wrote on an NPPA forum thread: “So it is being widely seen, though it has been pirated from the web. If you see this picture being used, please let me know where and when. I don’t like people who steal pictures.”

But having retained his copyright, and having made a licensing arrangement, Skoogfors has the power to turn that dislike of pirates into a strong, legal position. Who knows how many other old photos will become hot properties (and welcome income streams) for Skoogfors and others who have dotted and crossed all the copyright i’s and t’s.