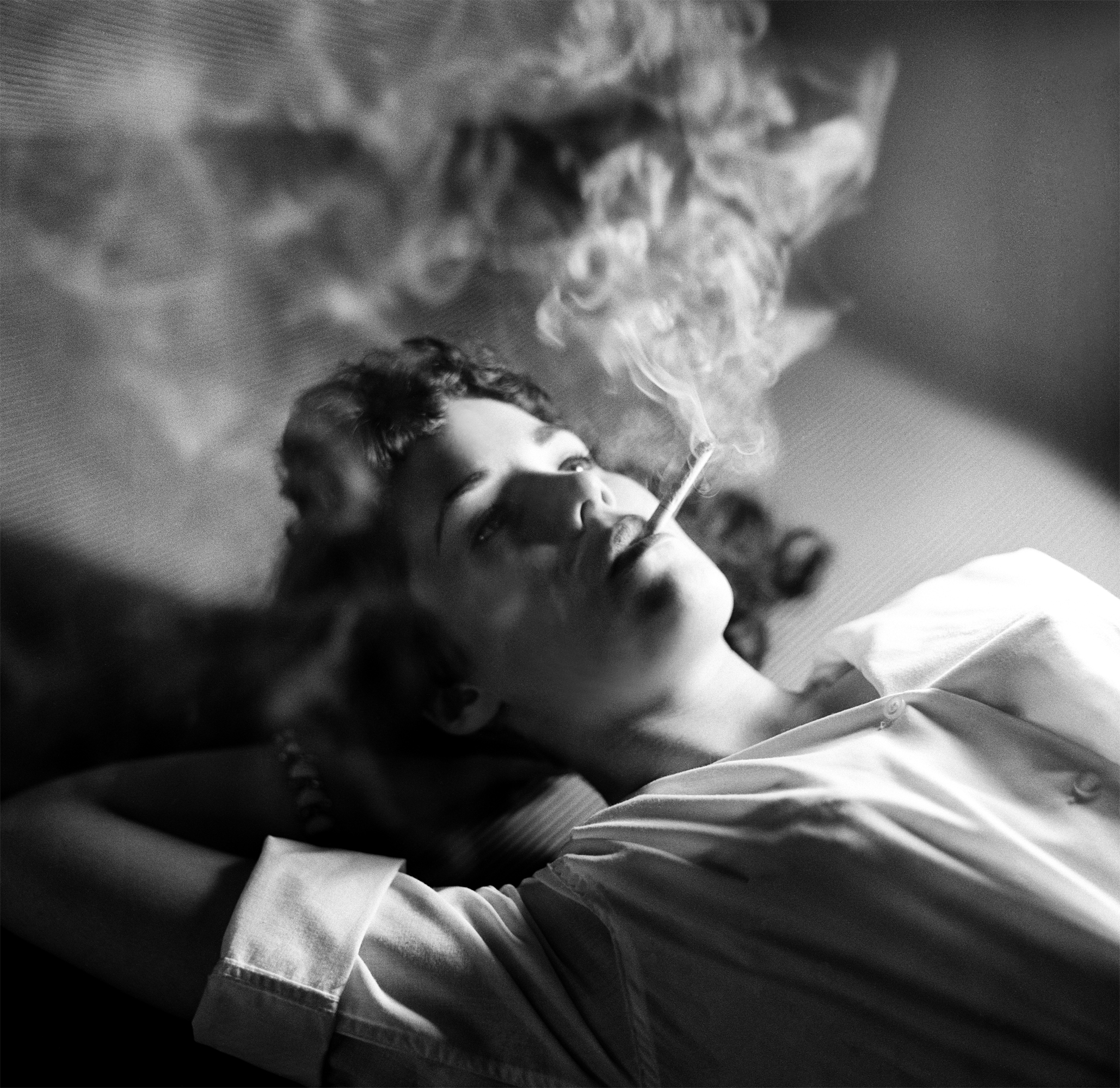 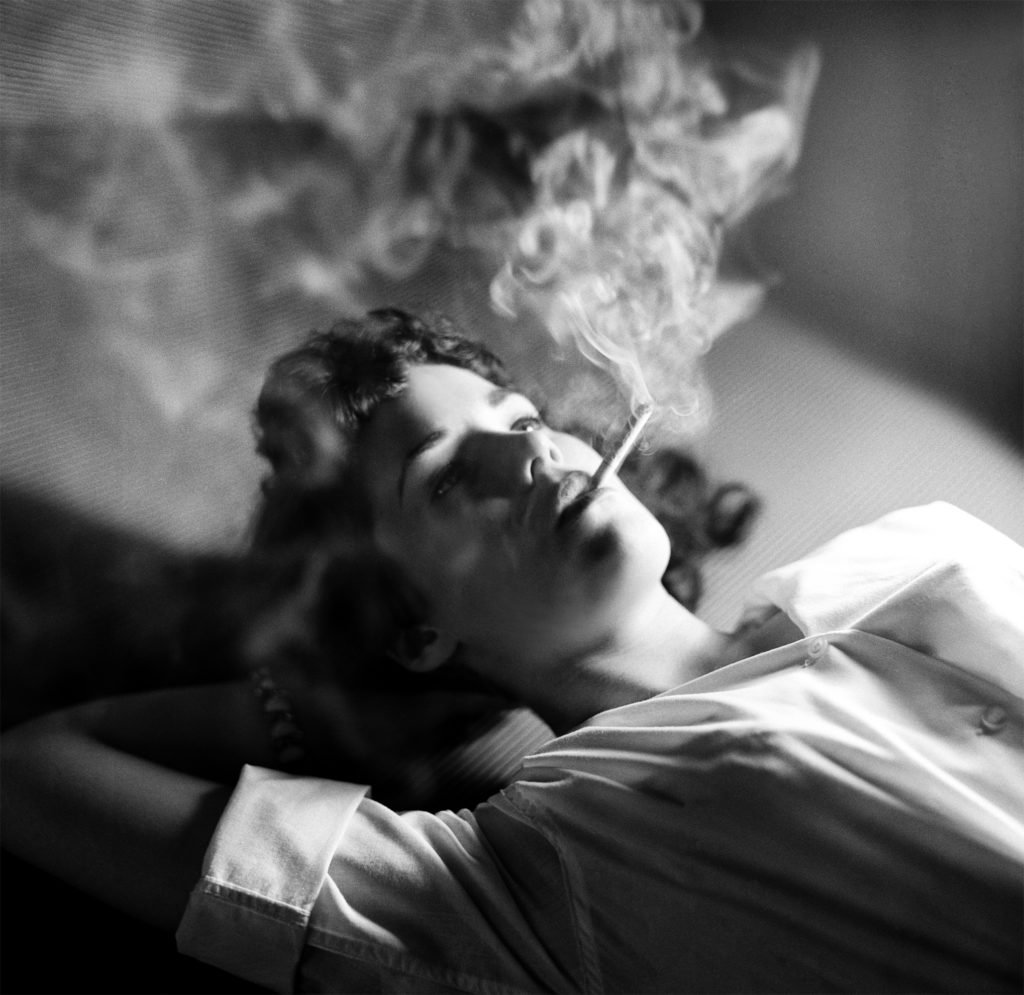 “This was an early experiment with light, in my amateur photographer era. I learned, practiced, experimented, tried out the twists and turns that led to becoming a professional photographer. My explorations ranged from lighting, in this “Girl Smoking” photograph in 1959, to the kinds of photojournalism that I admired in the picture magazines of the time.”

Michael Philip Manheim: Photography became an outlet not only for creative expression, but for dealing with feelings, as well, in what now seems like a straight-laced decade of the 1950s. We didn’t directly express feelings in my family, to be sure, since we were expected to know what the other person was thinking.

As a result, my photography tuned in to body language, to feelings. A photojournalistic approach to my people pictures sharpened my reflexes, creating an ability to react while simultaneously forming a compositional frame. I later developed a multiple exposure technique for a fine art photography exploration that fit well with galleries and museums, led to residencies, and went online

MPM: I joined ASMP on January 1, 1969 when I became a professional photographer full time. These were learning days, long before more than a handful of us were interested in business practices. I didn’t know, for example, what to charge for stock photography when I brought out my own catalog in 1969. I turned to ASMP for so much information, and for help when needing to confront agents and others who sought to use my photographs without compensation.

MPM: Cameras have always been tools for me,  and I ended up with Nikons for the better part of my career. I was a member of Nikon Professional Services and the F3HP with motor drive let me create my multiple exposures. With digital Nikons it became cumbersome and I had to switch to Olympus cameras.

ASMP: What do you know now that you wish you had known when you first started taking photos?

MPM: Pricing for assignments and stock, now easy to come by but taking much research back then and other business practices now readily available, but virtually unknown back then.

MPM: Turning pro was a natural outcome, after finding an exciting creative outlet when I was 13. Music, painting, tap dancing, stamp collecting and more didn’t do it for me, but photography became a passion. I was lucky that my local high school offered a class that in 1955 became a club for me and some kindred souls.

When I hit my teens, having tried out so many other creative outlets, I realized that I had found my medium. A camera went almost everywhere with me, and I introduced available light with 35mm cameras to my high school classmates who were using flashbulbs on the Speed Graphics we were assigned.

I was expected to stay in the family clothing store. I spent much of the first 25 years of my life devoted to that enterprise. Photography was understood to be my enthusiasm indulged on the side. As I started winning in contests, however, I had developed a fervor that wouldn’t quit.

Developing film and creating prints helped give me an essential grounding in the technical aspects of photography. At first enamored of equipment, I did come around to regarding cameras as tools that would serve my sense of composition, lighting, and empathy. Embracing the digital era was a logical next step.

I’m still active, photographing as well as going into my archives and editing out a series of monographs that are offered on Amazon. Here’s one, showing an early attempt at photography, on the cover, of my four-year old sister in 1947: http://a.co/0FqdWTA