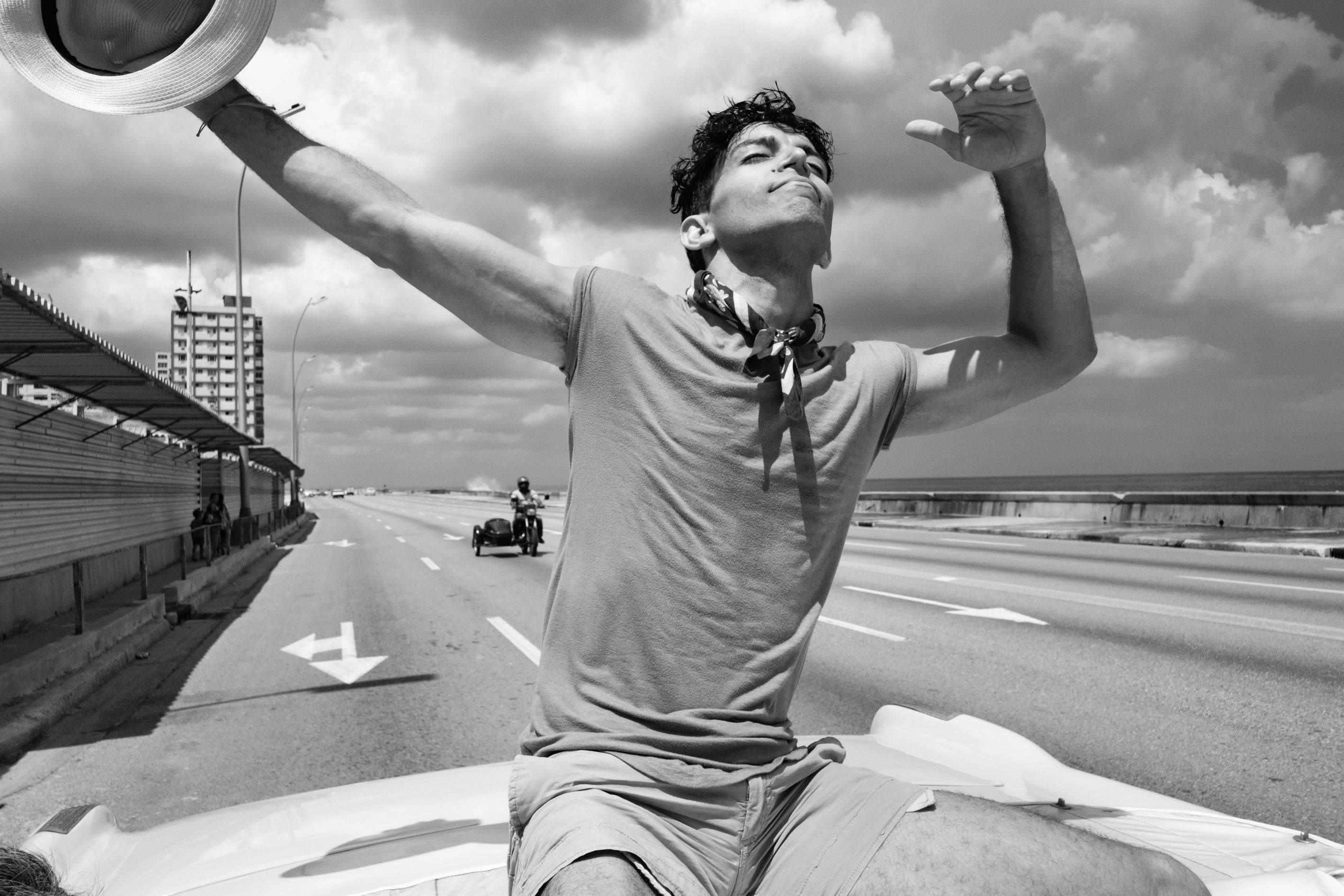 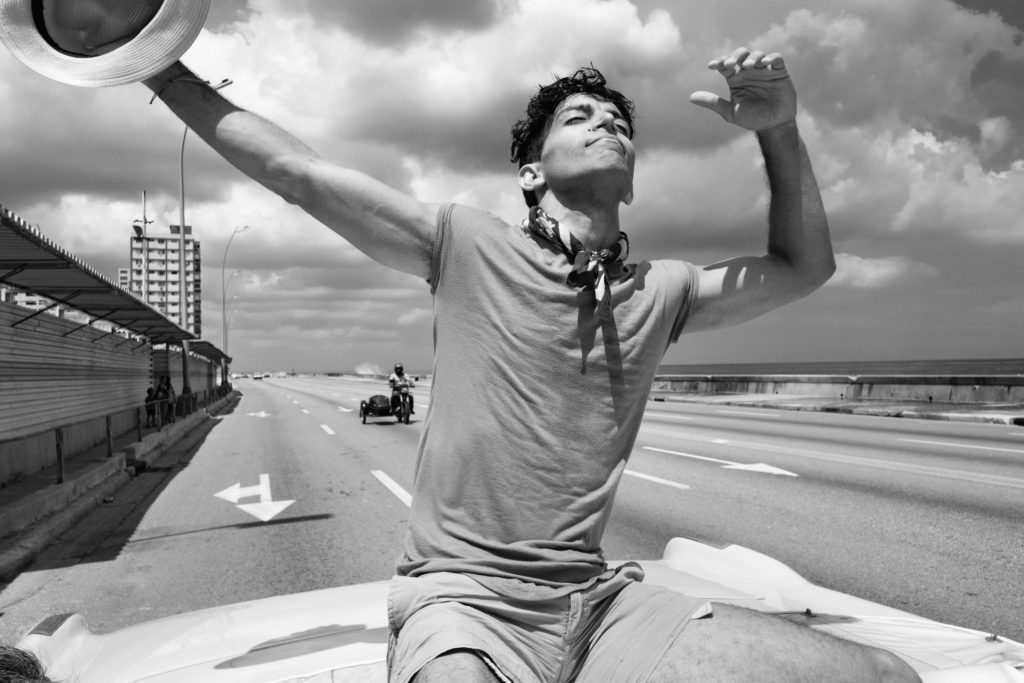 Richard Gerst: Cuban- American actor Carlos Gonzalez, the model, came to the States as a child after his family won the lottery. He still feels strong ties to Cuba. He proposed a trip to Havana and I received an editorial assignment from JON magazine (UK) to shoot while there. I asked Carlos about shooting at the seawall (El Malecon), and he loved the idea. The open vintage Cadillac, as well as this image of freedom, joy, and the celebration of Cuba and the beauty it holds, were spontaneous and unplanned- taken after the looks were completed for the editorial. We saw the car, he looked at me with that look he gets with a great idea, and I knew what was about to happen.

ASMP: What type of setting do you prefer?

RG: For both motion and stills work, I generally prefer natural light, which I find the most beautiful. I love shooting both indoors and outside.

RG: I think most people comment that my work feels “real.” I attribute this to my lack of significant Photoshop or heavy editing. This has been my mode or working since about 2012 when something switched inside me, and I just abandoned heavy image manipulation.

Unfortunately, I think digital photography, with heavy scene manipulation (color and content), and especially body editing in post, have literally taken the life out of editorial and commercial work. When I see most images in the larger commercial magazines, they literally feel dead to me.

We are approaching the “uncanny valley” – and the models are beginning to look like avatars of themselves, instead of living human beings. If it has reached this point, why pay for models? A digital avatar would be cheaper, never tired, always looks “perfect,” etc. But now we have a conundrum: without life and its faults, there is no pull of emotion – no sense of commitment. The images are not sensual, heartwarming, or real, in any sense. What will that sell?

Notice – in “El Malecon” – the pocket sticking out from under his shorts? Most fashion editors would reject that type of edit (leaving it in), but details like that are conscious decisions on my part. People notice this subconsciously. Therefore, I think my images look distinct partly because I have rejected that over-manipulated way of presenting work to the world

ASMP: What type of lighting did you use for this image or series?

ASMP: How long have you been shooting this type of photography?

RG: I have shot since childhood- but began shooting more regularly around 2005, and have freelanced since then.

RG: Herbert List, Leni Riefenstahl (despite the controversy in how her images were used by the Nazi Party), and Herb Ritts.

RG: 2005-2006. I enjoy the camaraderie of members, and also the mission to protect the business and intellectual property which the Society has.

ASMP: What is the more important relationship you’ve formed through your ASMP membership?

RG: I used to share a studio space with other ASMP members in West Chelsea, and their guidance, as well as their demonstration of how they work professionally, were invaluable. They were also the ones who suggested I join ASMP in the beginning.

RG: I now shoot stills on travel assignment with either Fuji APS-C X-E3 (which is what was used for “El Malecon”) or my Leica M10.

Video work either Canon 1-DC or Panasonic GH-5. (always in Log, rarely with external monitor/recording). Studio stills I shoot medium format Fuji GFX. Everything is shot with primes with the one exception of the GH-5, where I will use an f2.8 zoom for handheld due to Panasonic’s excellent lens+IBIS.

ASMP: What do you know now that you wish you had known when you first started your career as a photographer?

RG: My work is better when I don’t try to be someone I am not. In other words: Trust Yourself. Be Yourself.

ASMP: Is there anything else you’d like to tell us about yourself and/or your work? Go ahead, surprise us with something unique and unusual.

RG: Photography has changed dramatically in the last 10 years.

This has to do with amazing technological advances as well as the ubiquity of excellent images freely shared on social media and the internet. Making a living from photography has become more challenging, and I do not make the majority of my income from photography. This situation was already true for the majority of working editorial photographers who answered the Editorial Society survey a few years ago. The old saying that “professional” photographers are the ones who primarily make their living from photography is simply not the reality anymore. The majority of us now wear multiple hats, which has been very common in Europe for decades but is something relatively new in the States.