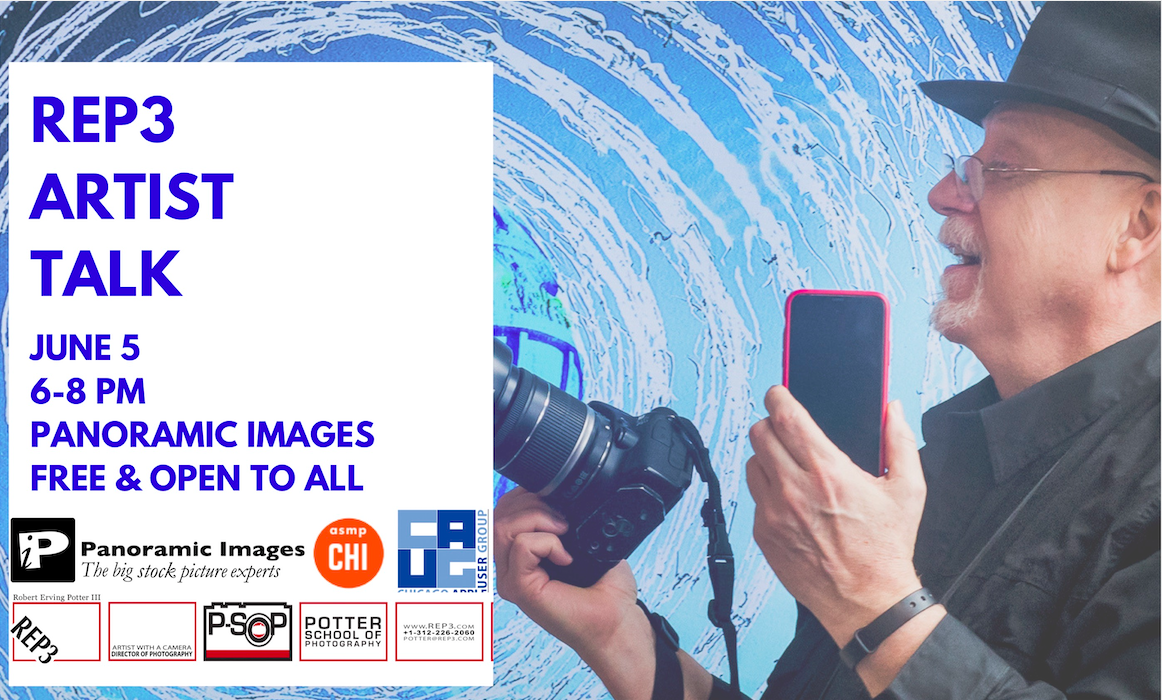 REP3 Robert Erving Potter III attended the Culver Military Academy and Interlochen Arts Academy and Valparaiso University where he learned the power of the visual image in story telling by mentor Alfred Eisenstaedt at LIFE magazine and energized by improvisation learned while working at the Second City. REP3 specializes in photographing the creation process with insight and passion, and his work is about people and their creative endeavors.

The event is free and open to all! Let us know you’re coming with an RSVP.

Thank you to our co-sponsors for the event The Chicago Apple User Group  and Panoramic Images.