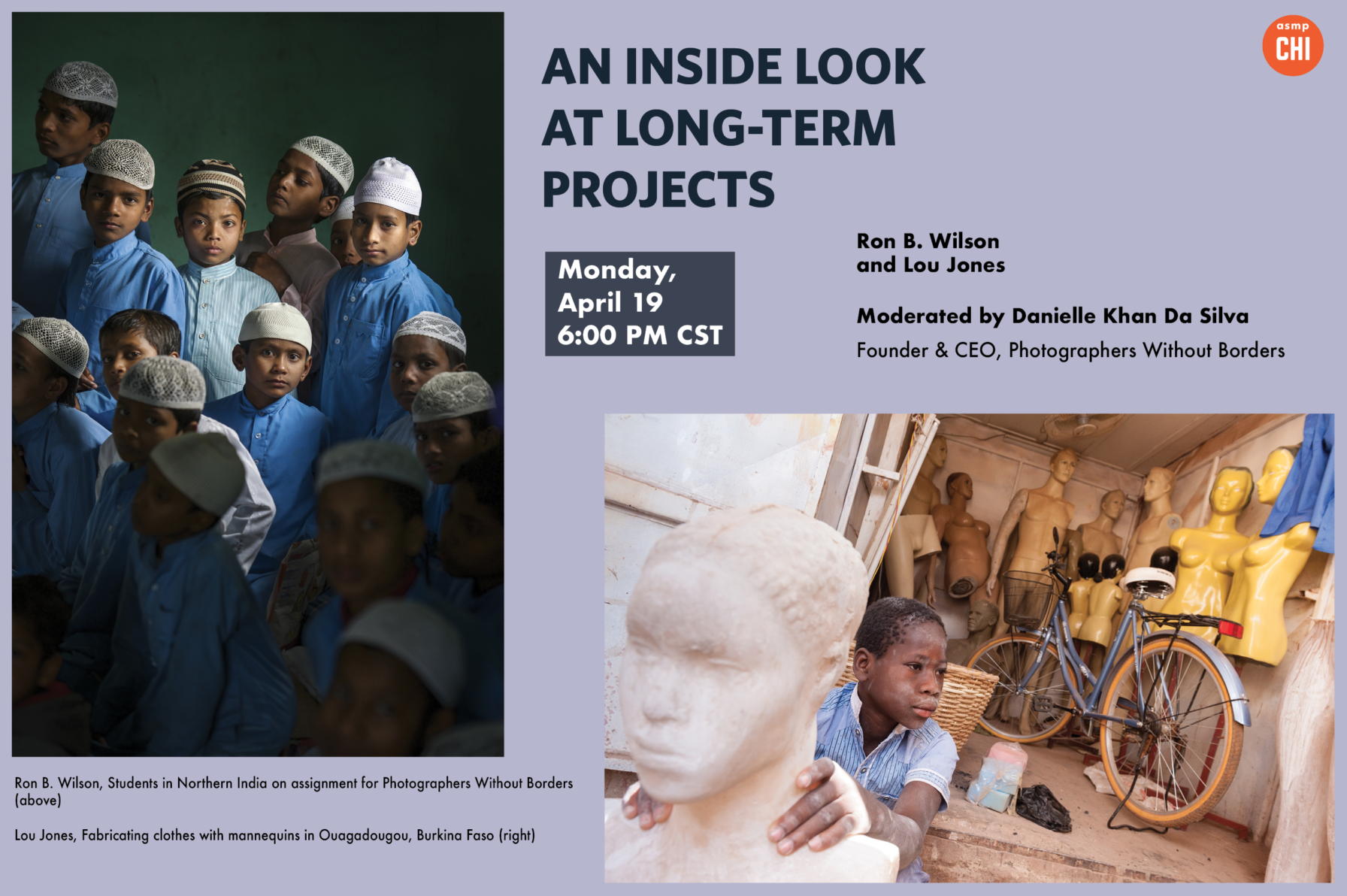 An Inside Look at Long-Term Projects
with Ron B. Wilson and Lou Jones
Monday, April 19
6:00 PM CST

Join us for a conversation on the ins-and-outs of long-term projects with Ron B. Wilson and Lou Jones, moderated by Danielle Khan Da Silva, Founder & CEO of Photographers Without Borders. These established photographers will share the process and philosophy behind their longstanding creative endeavors. Ron will speak about his experience working with Photographers Without Borders in places link India, Guatemala, Guyana, Botswana, and Chernobyl. He will also touch on his first-hand documentation of 9/11’s tragic events and how they have informed his ongoing work, including his recently published book, Resilience Stories And Lessons From An Ardent Photographer. Lou will discuss his panAFRICAproject, among other work. For seven years and counting, he has been traveling to and documenting each of the 54 countries in Africa to create a contemporary visual portrait of modern Africa. 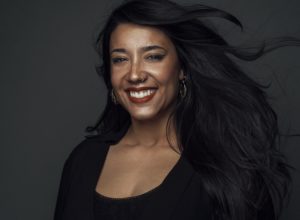 Danielle Khan Da Silva (she/her) is an award-winning documentary photographer/filmmaker/storyteller who cares deeply about forest and water protection, the rights and sovereignty of Indigenous people, decolonization, uplifting ancient wisdom, and empowering heart-centered, decolonized leadership. She is a Sony ambassador, the Founder & CEO of Photographers Without Borders, Co-Founder of the Sumatran Wildlife Sanctuary, and recently founded a yoga and ayurvedic healing called “Ferngully.”

Dani was one of the first recipients of the Sony Alpha Female award and had her work featured at the Sony World Photo Awards in London, England, and received the Canadian Top 30 Under 30 Sustainability Leaders Award. Dani’s first feature documentary is called Reckoning with the Wendigo. She has created several award-winning short documentaries for Photographers Without Borders and her images have been published by the British Journal of Photography, National Geographic, the United Nations, The Independent, The Economist, and the book Cities, Slums and Gender in the Global South: Towards a Feminised Urban Future (Chant & McIlwaine, 2016), among others.

After spending the past 30 years founding and working with some of the best and busiest wedding photography studios in the U.S. and photographing over 500 weddings around the globe, Ron B. Wilson has reconnected with his true passion: photojournalism. Ron graduated from The Art Institute of Fort Lauderdale and spent the last several years working with Photographers Without Borders in places like India, Guatemala, Guyana, Botswana, and Chernobyl, Ukraine. His primary mission is to help bring attention to the need for quality education for marginalized people in rural communities.

Ron published his first book, Resilience Stories And Lessons From An Ardent Photographer in November. This book inspires readers to live, learn and better understand the everyday struggles of communities across our vast planet. Ron recently returned from speaking at The Xposure International Photography Festival in the United Arab Emirates. Here is a link to his blog post with images and links to his speech.

Lou Jones has maintained a photography studio in Boston for many years working with all types of advertising agencies and design studios on ad campaigns and branding assignments. A combination of commercial work (Nike, Federal Express, Peugeot, KLM, WGBH, Aetna, etc.) and editorial jobs (Time/Life, Newsweek, Paris Match, National Geographic, Fortune, etc.) have taken him all over the world. He has covered thirteen Summer and Winter Olympic Games. Lou has served on the Board of Directors of The Photographic Resource Center, The Griffin Museum of Photography, and The American Society of Media Photographers. He has taught and lectured all over the USA and helped found a media school called The Center for Digital Imaging Arts.

Lou’s work has been exhibited extensively in galleries and museums such as The Smithsonian, deCordova Sculpture Park and Museum, Gallery Kayafas, and more. He has published at least a dozen books including Final Exposure: Portraits from Death Row, Speedlights + Speedlites, etc. He has spent the past seven years documenting each of the 54 countries in Africa for his panAfricaproject, resulting in his most recent book.