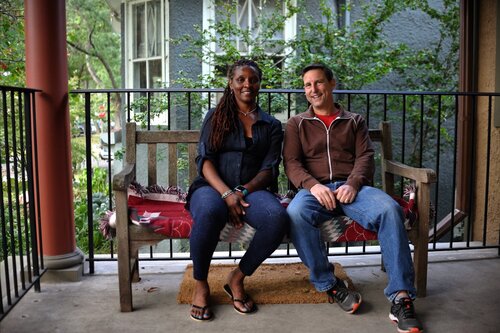 We, Women: The Power of We, a traveling large-scale outdoor public photography exhibition where female and gender-nonconforming artists explore crucial societal issues, will be available for viewing on Chicago’s Bloomingdale Trail at The 606 starting June 4, 2022.

The grand opening event will take place on June 18th with family programming, music and dance featuring AfriCaribe and a gallery talk from featured Chicago artist Tonika Johnson. Additional programming will take place throughout the summer. Please visit wewomenphoto.com for more information about the upcoming schedule.

Chicago, IL – We, Women: The Power of We, a free outdoor community art exhibition, will launch in Chicago on The Bloomingdale Trail at The 606, at the St. Louis overlook, following two successful public exhibits in Brooklyn Bridge Park, NY and New Orleans, LA. This exhibit, created by We, Women, highlights 18 impactful socially engaging projects which examine crucial issues on the minds of many Americans: immigration, education, climate change, race, motherhood and family, gun control, healthcare, religion, criminal justice reform, gentrification, sexual assault, and more. The photographic display comprises 380 feet of imagery that will reach tens of thousands of people through its summer run.

The artists featured in the exhibition “are artists whose contributions demonstrate that there is a potential for a different future for this country. These artists have combined photography and community engagement as a way to maximize visibility and create impact,” says We, Women co-founder Amy Yenkin. We, Women: The Power of We includes contributions from a cross-section of artists from different corners of the country.

Tonika Johnson is a Chicago artist, known for her Folded Map project, where she seeks to help people understand how urban environments are structured and to challenge everyone to consider solutions. “I want Folded Map to help us heal and get to know each other so that we can tear down the racist walls that divide us,” notes Tonika.

Other featured artists include Arin Yoon, a military spouse based in Fort Leavenworth, Kansas, who is trying to bridge the divide between civilian and military populations, as well as challenge media stereotypes of the military; Katie Basile’s Dear Newtok project focuses on the Yukon-Kuskokwim Delta in Southwest Alaska, one of the first regions in the United States to experience forced relocation due to the climate crisis.

We, Women is the largest social impact photography project by women and gender nonconforming artists currently underway across the United States. It works to create empathy and social impact on critical issues. The organization supports individuals from all spectrums of identity, including but not limited to race, religion, sexual orientation, age, ability, and socioeconomic status. We, Women supports a range of artistic and documentary approaches, including photography, video, interactive technology, and the use of historical archives.

In the aftermath of the 2016 U.S. presidential elections and subsequent Women’s Marches, several grassroots organizations were born out of a mutual frustration over the country’s deep political divisions across issues of economics, race, gender, and beyond. We, Women is one such organization dedicated to fostering action and dialogue through We, Women was founded to amplify women and gender nonconforming voices during an era of divisiveness and distrust in politics. The project, presented by Photoville and Women Photograph, provides funding and mentorship to visual artists who combine photography with community engagement to reframe social and political issues.

Chicago Exhibition: We, Women: The Power of We is a part of Night Out in the Parks and is presented in partnership with APA Chicago, ASMP Chicago/Midwest, Photoville, the Friends of the Bloomingdale Trail, and the Chicago Park District.

Go to www.wewomenphoto.com for more information about the exhibition.