By ASMPJune 10, 2020ASMP Members Give Back, COVID-19, Member Spotlight
No Comments 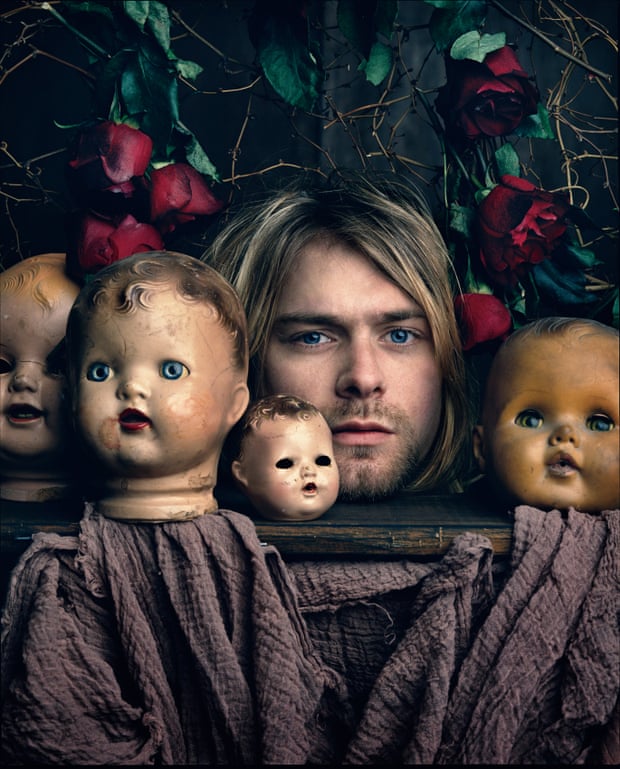 Editor’s Note: This photo is on sale as part of an online auction in aid of charities combatting Covid-19 (bids close on 12 June). Photographer Mark Seliger is an ASMP Professional Member.

Cross-posted from The Guardian
[ by Mark Seliger]

‘Things were going pretty darn well for him. Six months later, I was shocked to learn he had passed’

I first photographed Nirvana in 1992 for Rolling Stone magazine in the midst of the band’s world tour for Nevermind, their breakthrough album. Kurt Cobain had something of a reputation, and the day before the shoot I asked Dave Grohl [the band’s drummer] and Krist Novoselic [bass] if they would be so kind as to ask Kurt to wear a T-shirt without writing or slogans on it.

The next day, the guys arrived for the shoot laughing. Kurt was in sunglasses, with a sweater all buttoned up. When he took it off, it turned out he was wearing a T-shirt emblazoned with the words: “Corporate Magazines Still Suck.” Thankfully, Rolling Stone saw the humour in it and ran it on the cover.