The Photography of Margaret Bourke-White 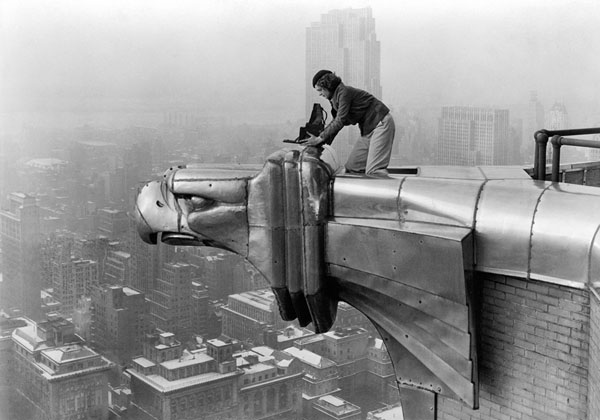 Cross-posted from The Atlantic.  [By Alan Taylor]  “Margaret Bourke-White was born in New York City in 1904, and grew up in rural New Jersey. She went on to study science and art at multiple universities in the United States from 1921 to 1927, then began a successful run as an industrial photographer, making notable images of factories and skyscrapers in the late 1920s. By 1929, she began working for magazine publishers, joining both Fortune and, later, LIFE. She spent years traveling the world, covering major events from World War II to the partition of India and Pakistan, the Korean War, and much more. Bourke-White held numerous “firsts” in her professional life—she was the first foreign photographer allowed to take pictures of Soviet industry, she was the first female staff photographer for LIFE magazine and made its first cover photo, and she was the first woman allowed to work in combat zones in World War II. Gathered here, a small collection of the thousands of remarkable images she made over a lifetime—Margaret Bourke-White passed away in 1971, at age 67, from Parkinson’s disease.”

The Photography of Margaret Bourke-White