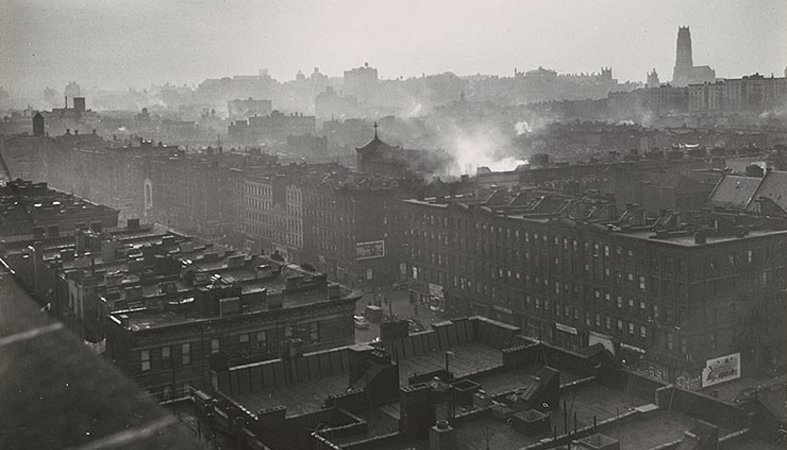 Editor’s Note: Black History Month is an annual celebration of achievements by African Americans and a time for recognizing the central role of blacks in U.S. history – and the achievements of pioneering photographer and ASMP member Gordon Parks are awe-inspiring and continue to influence photographers and impact the public discourse in 2019. See his work on display at the National Gallery of Art through February 18, 2019.

Gordon Parks is a seminal African-American artist, a trailblazer whose 60-year career featured photography, music, film, writing and painting. Parks is often credited with creating the blaxploitation movie genre, influencing countless African-American filmmakers with Shaft, released in 1971. In the National Gallery of Art’s exhibit, Gordon Parks: The New Tide, Early Work 1940-1950 (on display through Feb. 18), you’ll have the chance to experience Parks’ pioneering photographic work, which features a trademark authenticity that laid the foundation for his time in film and still inspires photographers to this day. We’ve got even more reasons to check out the exhibit…