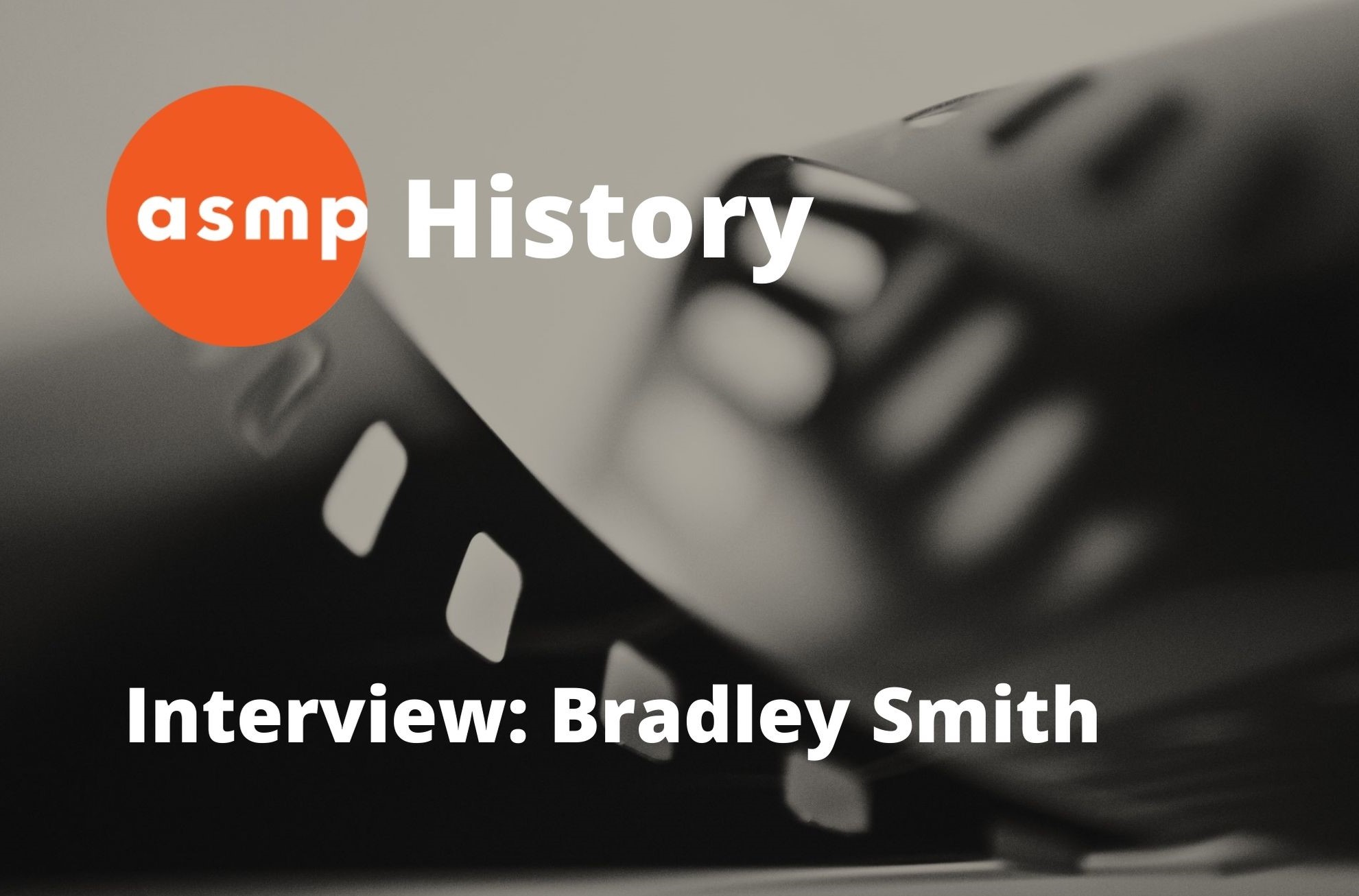 Editor’s Note: For National Photography Month, ASMP will be featuring past interviews of the legends and influencers involved in the early years of the American Society of Magazine Photographers (name changed in 1992 to the American Society of Media Photographers to reflect the diversity of member work). Our first featured interview is Bradley Smith. See more about timeline of ASMP history.

“We were being played against each other by an awful lot of the magazines.”

Smith: In the first place, it wasn’t a first meeting, it was a series of social gatherings. So this series of gatherings, usually for dinners on Saturday night that lasted well into the night, finally developed into a sort of semi-official meetings as such, towards the end of the various parties. And at those parties were friends, over a period of time, that I had talked to and they talked to me, and we talked to each other.

And our chief cook, who was a very great chef, was a man named Pierre de Rohan. His name was also John Adam Knight. And as John Adam Knight, he was the first columnist to write about photography in any of the New York newspapers. He wrote a column called “Photography” for the New York Post. And as a matter of fact, I just noticed that I had a clipping from a column of his where he mentioned the first show of photography — as far as I can tell — that the Museum of Modern Art had. And it was in 1946, so he was still writing in ‘46 about it.

These meetings had been in ‘44 and ‘45 at my house at 229 Whaley Street in Freeport, Long Island. Now, the people that were there were people that I knew and that I invited to dinner regularly, or they called me and said, “Can we come to dinner?” And so they came out there. Although, Freeport was not the center of photography; we were all working in New York. And I had been working in New York for about four years. And between 1944 and 1945, I had met a lot of photographers, and the general feeling was that we were being played against each other by an awful lot by the magazines. We’d go in and say we’d like to do this story; or they’d call us and say they had an assignment. And you would discuss how much it would cost; whether they’d pay the expenses, or whether they’d pay for the film. And you’d finally find that the editor might well say, “We can get so-and-so to do it cheaper than that.” This went on a great deal.

Of course, we were all very, very hungry in those days. The Depression hadn’t been over for very long, if it had been over at all. So when we went to magazines, we were most anxious, first, to get our work seen by people, and second, to try to make enough money to continue to work.

Bradley Smith was born in New Orleans in 1910. In his early career, he worked for several Southern newspapers and did some farm labor organizing; later he became nationally known for his photographs of sharecroppers. During the depths of the Depression, he came north and worked for several magazines in New York City. There, he became one of the central figures in the founding of ASMP.

In subsequent years, Smith wrote and illustrated 23 books, including the popular “A History in Art” series that related a nation’s story through its art works. The series included volumes on Japan, China, Mexico, Spain and the United States. He also wrote about photography and eroticism, and he illustrated the autobiography of novelist Henry Miller.