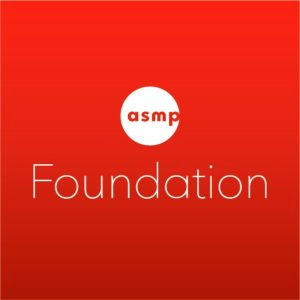 Richard Beckman retired in May 2018 after more than 40 years as a professor specializing in photojournalism, multimedia and visual communication. He taught for 30 years at the University of North Carolina and 10 years at the University of Miami. He held three endowed faculty appointments, won multiple teaching awards, dozens of industry awards and is an international leader in the application of digital media technologies and documentary storytelling for social change. He is also a well-published environmental photojournalist specializing in endangered species and habitats.

Keith Berr is an international advertising, commercial and fine art photographer. A graduate of the Brooks Institute of Photography he has a broad client base and work style. He has been inducted into the Cleveland Advertising Associations Hall of Fame and sits on the boards for CAN Magazine and his local chapter of the ASMP. The past 3 years he was presented with National ADDY awards, for his personal project, “Save The Salt”, concerning the preservation of the Bonneville Salt Flats. Xposure International Photo Expo hired Keith in 2018 to speak and exhibit in Sharjah, in the UAE, with 32 other internationally acclaimed photographers, that have developed photo projects to help influence today’s world. He resides in his custom designed modernistic studio compound in Cleveland’s Asia town.

Reid Callanan is Founder and President of the Santa Fe Workshops, currently in its twenty-ninth year offering photography and writing workshops to the international imaging community. In addition to workshops in Santa Fe, New Mexico, there are also educational programs in Havana, Cuba and San Miguel de Allende, Mexico. In 1994 Reid founded the non-profit Santa Fe Center for Photography, now known as CENTER, and is currently is Vice- President of its Board of Directors. He serves on the President’s Council of the Texas Photographic Society. Reid is a member of Rotary Clubs in Santa Fe and Portland. Maine. Reid started photographing in 1974 during a semester abroad at Richmond College in London and has been making images ever since using a variety of photographic processes including silver halide, Polaroid imagery, and now digital capture. His photographic projects include a personal diary of images called HOMESCAPES, black-and-white portraits made in Cuba and Mexico, and most recently iPhone travel images posted to Instagram (reidcallanan). His website is https://www.reidcallanan.com/

Kathryn Goldman is an intellectual property attorney who focuses her practice on the protection and enforcement of intellectual property rights, specifically copyrights and trademarks. She represents creative professionals and their businesses in on- and offline environments. She blogs at the Creative Law Center, a legal education site that empowers creative professionals to create and promote their work with confidence. Ms. Goldman graduated from the University of Maryland, School of Law after receiving her B.A. from Towson University. She helped establish, then served as the Chair of, the Intellectual Property Section of the Maryland State Bar Association. Kathryn can be found at https://creativelawcenter.com and https://www.charmcitylegal.com/work-with-kathryn/.

Richard Koci Hernandez is an internationally recognized, award-winning innovator in multimedia and an Associate Professor of Multimedia Journalism at the Graduate School of Journalism at UC Berkeley. Koci Hernandez published ”The Principles of Multimedia Journalism: Packaging Digital News” Taylor & Francis and is a national Emmy award-winning multimedia producer who worked as a visual journalist at the San Jose Mercury News for 15 years.  In 2008 Koci Hernandez was invited to join the Faculty at the UC Berkeley Graduate School of Journalism as a visiting Fellow supported by a Ford Foundation grant to produce digital news sites for San Francisco Bay Area communities.

Lou Jones specializes in location photography for corporate and editorial clients like Federal Express, Nike, National Geographic, and Aetna. He has completed assignments in 50 countries, photographing royalty and the third world, the sacred and profane. With a lifelong passion for photojournalism and social documentary, Jones has worked with institutions like Amnesty International and the Massachusetts Association for the Blind, and has photographed many jazz legends like Miles Davis, 12 Olympic Games, and inmates on death row. Jones’s work is included in collections at Smithsonian Institution, Decordova Museum, Gallery Saintonge, and the Center for Fine Art Photography. His website is www.fotojones.com.

Tom Kennedy, Pro Tem is the former Executive Director of ASMP. Tom governed all aspects of the Society’s growth, working closely with ASMP’s Board of Directors and Chapter Leadership. He represented ASMP at events throughout the country and internationally, and oversaw membership, financial and legislative matters.

Andrea Ellen Reed is a multimedia artist that specializes in photography and film.  Her work is centered around the lives of Black Americans.  Reed began shooting during her undergraduate studies at Howard University.  She continued her studies at the Academy of Art University where she received her MFA in Photography. Her work illustrating the lives of Black Americans has been exhibited both nationally and internationally, and has been awarded with the Tim Hetherington Visionary Award for excellence in film.

Michael Shay, Chair Pro Tem, is a Portland-based photographer and founder of Polara Studio. Ever since studying poetry at the Iowa Writers’ Workshop Michael has loved making beautiful images, whether those images are discovered in a line of verse or a viewfinder of a camera. Michael loves shooting any “live” subject such food or people because of the challenges they represent with time, lighting and composition. He believes photography is a collaborative process and often says that it takes a village to make a photograph. His work can be found on grocery store shelves and in advertising for many national brands including Reser’s Fine Foods, Pacific Foods, and Papa Murphy’s. His people photography has appeared in catalogs and advertising for such diverse clients as Time Magazine and Norm Thompson. He is active in the local creative community, the Oregon Chapter of the American Society of Media Photographers (ASMP) and on the National Board of American Society of Media Photographers (ASMP). When not shooting, Michael practices traditional Japanese karate, writes poetry, and brews his own beer, not necessarily in that order.

Dave Shelley is the Co-Founder and Creative Producer for United Photo Industries, a New York Based non-profit that works to promote a wider understanding and increased access to the art of Photography. Along with his partners, Laura Roumanos and Sam Barzilay, UPI has created Photoville, The Fence, and numerous public exhibitions for The United Nations, Instagram, Four Freedoms Park, NY Department of Parks, etc.Dave is also an Actor, Producer and Production Tour Manager. As an Associate Member of the Wooster Group Theater Company he has performed Off-Broadway and Broadway along with television and film work. In Production, he has produced and toured everything from Bruce Springsteen, Eminem, Rolling Stones, The Tribeca Film Festival, World Science Festival, Vagina Monologues, Matthew Barney, and charities of The Red Cross and Tunnel 2 Towers.

Lauren Wendle is an independent business consultant and President of the Lucie Foundation (2018-Present) which strives to “honor master photographers, discover and cultivate emerging talent and promote the appreciation of photography worldwide.”  Most recently, as Vice President and Group Publisher for Emerald Expositions, Lauren led the Photography Group comprising the largest collection of magazines, websites, and trade shows geared toward professional photography in North America. She is President of the W. Eugene Smith Memorial Fund, serves on the Eddie Adams Workshop Board, Kids Saving the Rainforest, and is a board member and volunteer running an art program for undocumented immigrant children at the Abbott House.

Learn more about the Foundation.

The ASMP Foundation encourages and gratefully receives donations from individuals, corporations, and other organizations. By giving to the ASMP Foundation or by naming it in your will, you can help improve the art, craft and profession of photography in real and enduring ways.