ASMP Executive Director Tom Kennedy sat down with High Kretschmer who revealed how they first met, discussed the reasons for their mutual interest in NASA and talked in detail about Hugh’s workflow and influences. 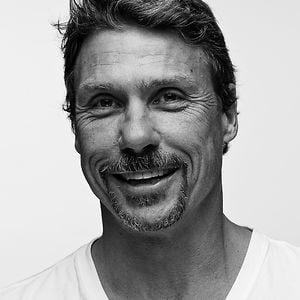 Hugh Kretschmer grew up in Los Angeles, and one of seven kids in a family of artists. At the age of 13, he was introduced to photography by his father who was a photo-instrumentation engineer for MacDonnell Douglas from the Mercury through Apollo missions. Ten years later, Hugh received a Bachelor of Fine Arts Degree from Art Center College of Design, graduating with honors. He then moved to New York City to start his career, collaborating with editorial, design, and advertising clients such as Vanity Fair, New York Times Magazine, National Geographic, GQ, Penn & Teller, Old Spice, Huggies, Toyota, and Sony. His images have been recognized by The International Photography Awards, American Photography, Communication Arts, PDN Photo Annual, Graphis Publications, and the Society of Publication Designers. His work has been profiled in many industry publications, books, podcasts and blogs, including Graphis, Communication Arts, Juxtapoz, Plastik, VisIon Magazine, Beijing. His work has been selected for auction through Sotheby’s, Vienna and exhibited in galleries in Los Angeles, New York and Paris, and is on permanent exhibit at the 911 Memorial, New York City. Hugh has lectured and lead workshops at Eddie Adams Workshops in Jeffersonville, NY, Gulf Photo Plus, Dubai and Fotorama, Serbia. He teaches photography part-time at Art Center College of Design, UCLA Extension, and the Los Angeles Center of Photography.